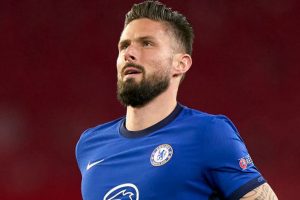 Olivier Giroud has put pen to paper on a new one-year contract at Chelsea, but his entourage claim he could still leave Stamford Bridge this summer.

The Blues caught many by surprise when they announced that Giroud has extended his stay by another 12 months on Friday.

Given his lack of game time under Thomas Tuchel in the second half of the season, it was widely expected that the France striker would depart upon the expiry of his contract in July.

Instead, he will remain in west London for at least another year after the extension clause in his contract was activated.

Yet according to members of Giroud's team, his new deal doesn't guarantee that he will stay a Chelsea player this summer.

According to Calciomercato, the player's representatives have released a statement in the wake of his new contract which reads: “Chelsea have exercised a unilateral option, but in the event of offers they let him go”.

If their statement proves correct, Giroud's new contract would simply have been a way for Chelsea to avoid him letting him go free of charge this summer.

The 34-year-old has scored 39 goals in 119 appearances since completing a move from Arsenal in 2018, getting his hands on the FA Cup in his debut season.

He then captured the Europa League the following year, before playing a part in Chelsea's sensational Champions League triumph this term.

While he didn't feature in their final win over Manchester City last weekend, Giroud produced a spectacular bicycle kick to hand them a crucial 1-0 victory in their last-16 first leg away at Atletico Madrid.

But his game time was significantly reduced when Tuchel replaced Frank Lampard in January, making just three Premier League stars under the German.

Before he penned a contract extension in west London, Giroud was linked with moves to West Ham, AC Milan and New York City.