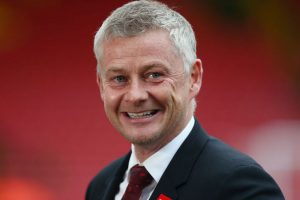 Ole Gunnar Solskjaer should be grateful he's been finally put out of his misery.

Manchester United's decision to sack Solskjaer feels like the equivalent of a vet putting down an injured race horse that is never going to win a race.

The pain and suffering has come to an end and the Norwegian will no longer have to go through the indignity of having to stand on the touchline looking hopelessly out of his depth.

Let's be clear, Solskjaer was never a thoroughbred manager. He was nowhere near experienced, tough or smart enough to be at the helm of one of the biggest clubs in the world.

You need to be brutal, ruthless, intimidating and selfish to manage United – and the likeable Norwegian was nothing of the sort.

He was too nice. He wasn't capable of making big decisions, like dropping his failing captain Harry Maguire and showed too much favouritism to too many players who, like Maguire, didn't deserve to be in the team.

He refused the chance to strengthen his coaching staff to give himself more wisdom and support to lean on – and remained in awe of his hero – Sir Alex Ferguson.

That's the same Fergie who has been keen for United bosses to move and heaven and earth to lure Mauricio Pochettino to Old Trafford.

The writing has been on the wall, in huge capital letters, for Solskjaer since the end of last season.

Who should replace Ole Gunnar Solskjaer as Manchester United boss? Tell us in the comments section

Once again, he ended it without silverware to his name, having won just one of his last five games while losing a League Cup semi final and Europa League final.

His reward was a new contract worth £24m. Go figure that one out?

Solskjaer might have been capable of pulling the odd rabbit out of a hat, but in the biggest games, the ones that mattered most, he was left looking exposed and flawed.

Only the goals of Cristiano Ronaldo kept the flame flickering for Solskjaer in recent weeks.

So he remained in charge, despite the growing mountain of evidence against him, including those utterly humbling and humiliating home defeats to United's two biggest rivals, Liverpool and Manchester City.

Those running United had never imagined being in the position of having to replace Solskjaer this season, so there was no Plan B in place.

Once Antonio Conte was deemed too expensive and Zinedine Zidane unsuitable, there was literally nowhere left to turn and Solskjaer stayed in the job by default.

Yet Solskjaer won just six games in the Champions League, while Zidane has won the competition itself three times.

Solskjaer looked totally lost and out of his depth, just like Boris Johnson did during the Covid-19 crisis. Like Johnson, Solskjaer had got the job he always wanted, only to discover he didn't have the skills to make a decent fist of it.

Sentiment gave way to sense, due to Solskjaer's legendary status in the eyes of supporters who will always cherish him for having scored the goal that won United the Champions League in the Nou Camp in 1999.

But all this did was give the man himself more rope with which to hang himself – and he duly obliged.

His departure should have come last summer, so he can have no complaints. He was given more than enough time to prove himself – and this might just have been the biggest problem of all.