‘He played like he was in the playground with his mates’: Ole Gunnar Solskjaer hails Marcus Rashford after his matchwinning double against Tottenham

Manchester United manager Ole Gunnar Solskjaer says Marcus Rashford played as if he was in the playground with his mates after his brace ruined Jose Mourinho’s return to Old Trafford.

Rashford scored in the sixth minute and then slotted home a second-half penalty to earn a 2-1 win and ease the pressure on Mourinho’s successor, who had overseen their worst start to a season since 1988.

The England international also rattled the crossbar and sent a free-kick just wide as he was on a one-man mission to make it a night to forget for the Portuguese. 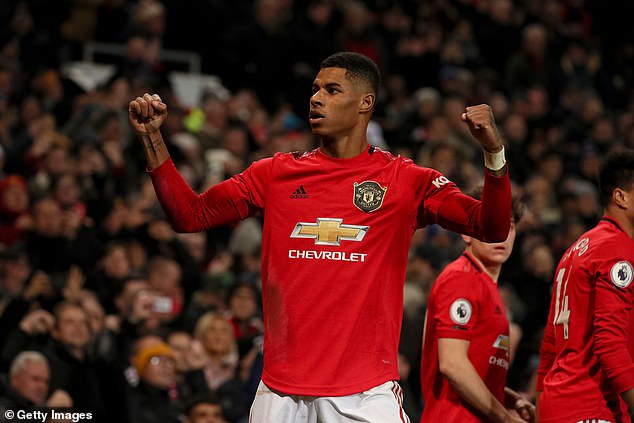 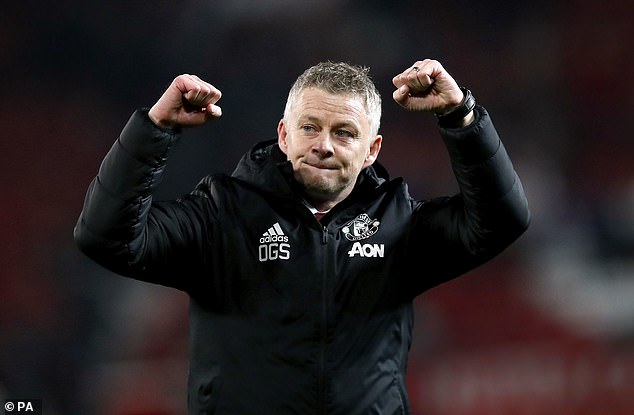 United boss Solskjaer was full of praise for Rashford, who scored a brace against Tottenham

It was 351 days since Mourinho was fired at United, but he was back with Spurs and would have fancied a win after Dele Alli’s brilliant equaliser just before the break.

But it was Rashford who stole the headlines.

Solskjaer said: ‘The boy is 22 and today he played like he was in the back yard or garden or in the playground with his mates.

‘He has just enjoyed himself. Sometimes there is expectation or pressure on him because we do expect a lot from him because he has shown it so many times.

‘We want them to go out and enjoy themselves, with no fear of losing. United fans love to see wingers and forwards play with courage.

‘I’m very happy with how he’s matured, we want him to but it’s natural he can’t have this level as this was a top-class performance.’ 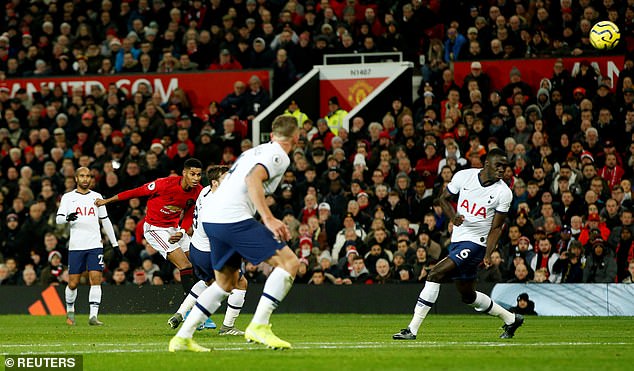 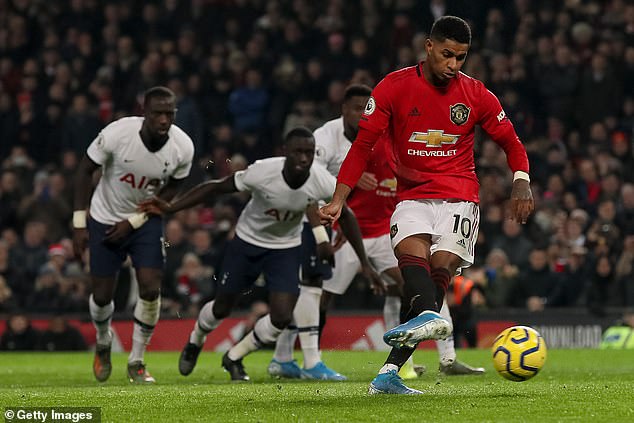 With the availability of Mauricio Pochettino, who Mourinho replaced at Spurs, looming large over Solskjaer, the boss saw his team put in a fine display.

They led after six minutes when Rashford beat Paulo Gazzaniga at the near post, but it looked like they would be punished for not making their dominance count.

Alli’s brilliant goal, his fourth in four games under Mourinho, brought Spurs level, but Rashford’s penalty in the 47th minute won it for United.

‘It was one of the best, we have had spells against Liverpool, Chelsea, Leicester of course, but for 40 minutes we were excellent,’ the Norwegian said of his side’s display.

‘But the reaction after they scored was also good I felt, it is always a concern because so many times this season we have been winning, gone into a draw and stayed in a draw, but they never gave in, trusted themselves and I think we deserved to win.’ 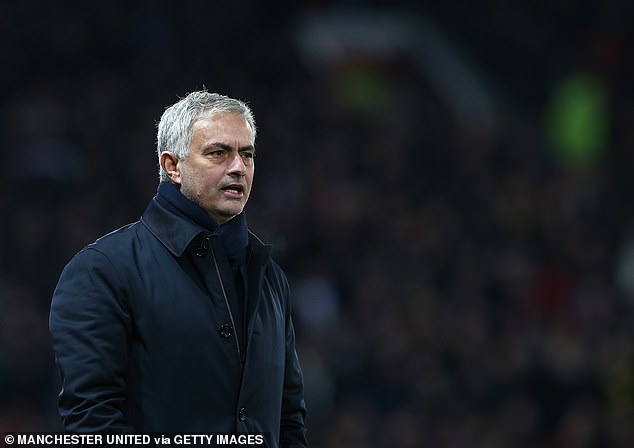 Mourinho had spoken warmly about his time at Old Trafford in the build-up to the match, but he will have desperately wanted to win and become the first-ever Spurs manager to win his first three top-flight league games in charge.

It was a flat performance, though, and he accepts his former side deserved to win.

‘They were better in intensity, in aggression, they were winning first balls, second balls, 50/50 duels, but we were lucky.

‘Then in the last 15 minutes of the first half we were us and United were in trouble. We scored a goal and I thought in the second half with some adjustments we did at half-time, I thought we were going to win it. 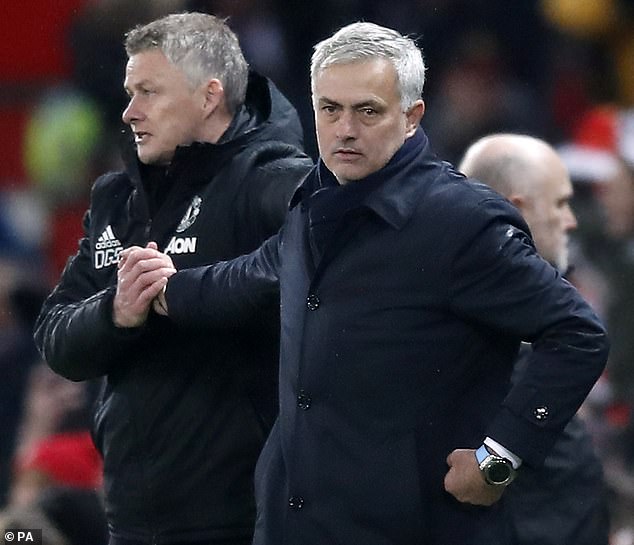 Mourinho said that there is ‘no problem’ between him and Solskjaer, his successor at United

‘You go from the 1-1 and you want to go there for the three points and you arrive in the second half and they play the game that they want to play.

‘Then we had the ball in the last third, the goal could happen, but didn’t. I think they deserved to win.’

Mourinho was afforded a warm reception by the home fans and also shared an embrace with Solskjaer both before the game and afterwards.

On his relationship with the Norwegian, he said: ‘There is no problem, what’s the problem?

Mikel Arteta reveals talks with Alexander Lacazette will have to wait