Manchester United boss Ole Gunnar Solskjaer has admitted that his side were “lucky” in the 1-0 win over West Brom on Saturday. The Red Devils have moved up to ninth in the table after sealing back-to-back wins in the Premier League.

But their first home Premier League win of the season came in controversial fashion with West Brom likely heading home feeling aggrieved at a number of decisions.

Referee David Coote initially awarded the Baggies a penalty early in the second half before overturning his decision after looking at replays on the pitch side monitor.

Moments later and United were given a spot-kick of their own after Juan Mata’s cross struck Daniel Furlong on the arm.

Bruno Fernandes saw his first effort saved by Sam Johnstone, but the Portugal international got a second try after the Baggies goalkeeper encroached off his line. 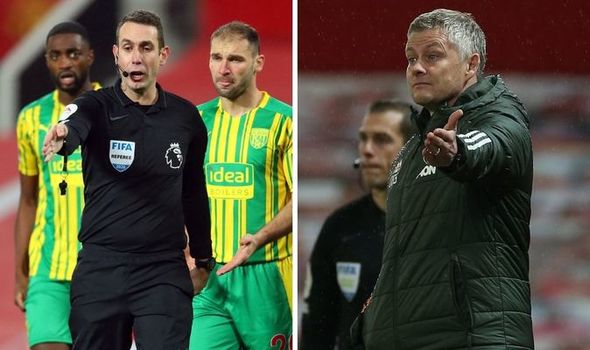 There was no mistake on the second attempt with United holding on for a valuable win.

But Solskjaer admits he even thought West Brom’s penalty claim was going to stand.

“I looked at a penalty this afternoon, Villa-Brighton and there’s contact on the ball and then the man,” he told BT Sport.

“In my head it might be a penalty. Maybe here we’re a tad lucky but none of them are given.

“Maybe the rules are different to how I interpret them.”

Solskjaer was equally understanding on why West Brom would have been frustrated over Furlong’s handball which led to Fernandes scoring on his second penalty attempt.

“It’s the same with David [de Gea] early on [in the season] when he made a save but he was an inch off the line,” he told Match of the Day.

“It’s probably the beauty of Bruno’s [Fernandes] style where the keeper goes a second too early.

“Sam [Johnstone] has developed into a fine keeper. 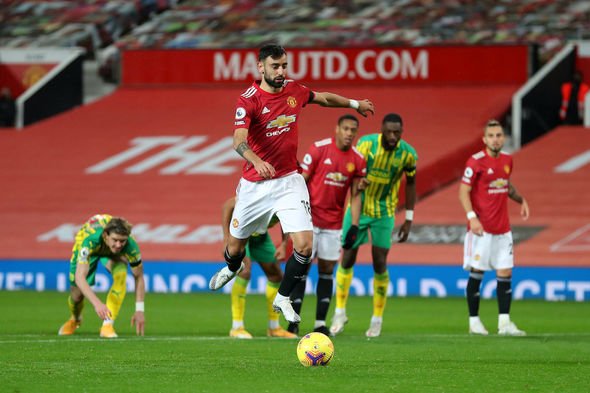 “The handball rule you van discuss over and over but we get into the box and the ball into feet so with VAR a touch can be enough and it’s different to when I was playing when you had to be hacked down.”

But Solskjaer was delighted at seeing his side grab their first home Premier League win of the season.

“It’s nice after the international break that you get a win. We needed that win at home,” he added.

“We looked unsettled towards the end even though we should score one or two more to have a more relaxed finish. It’s never comfortable against players of this quality.

“They had a couple of chances and David made two fantastic saves. Tight margins decide games but the mood is decided by the results.

“It’s up to us to create momentum, we have the chance to continue the good start in the Champions League and Southampton away is a very difficult game as well. Hopefully we get a few more back and can kick on.”

Australia v India: All the action from the second ODI at the SCG