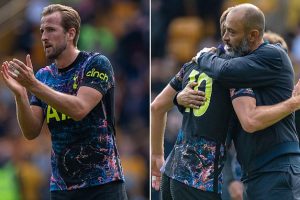 Nuno Espirito Santo urges Tottenham fans to stick by wantaway Harry Kane after the striker’s 18-minute cameo off the bench against Wolves: ‘He is one of the best players in the world… We are very lucky to have him’

Nuno Espirito Santo urged Tottenham fans to stick with Harry Kane even as uncertainty over the striker’s future drags on.

Kane returned to the Spurs squad for Sunday’s win at Wolves, enjoying an 18-minute cameo as he builds up towards full fitness.

Though Kane is determined to join Manchester City this summer, the striker received a warm reception from the travelling support before coming on and after the final whistle, when he headed over to thank them. 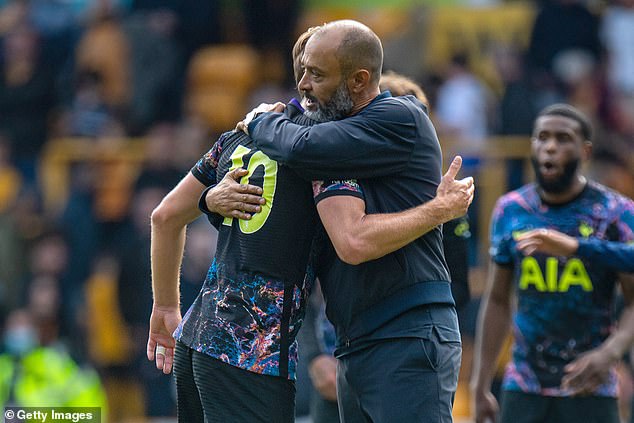 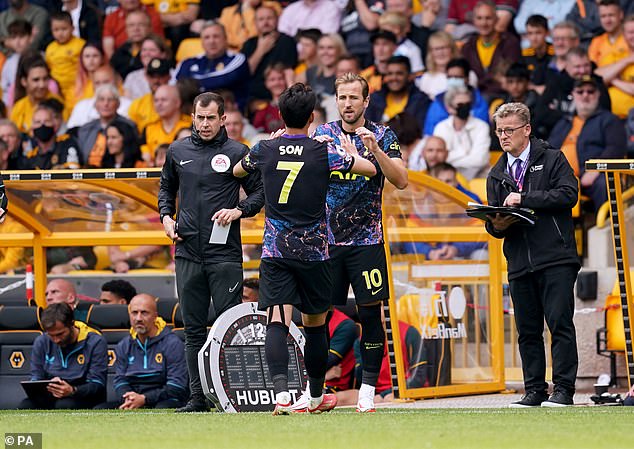 ‘Of course, we have to be together,’ Nuno said afterwards. ‘We are Tottenham Hotspur. Everybody wants to be good, I was pleased with the attitude of our fans, we have amazing fans and we have to be very thankful for that.’

Kane had a late chance to open his account for the season and Nuno was pleased with his cameo.

‘He is getting back to his fitness. He still has to improve and he helped the team today. He is one of the best players in the world. We are very lucky to have him.’

Spurs made it two wins from two thanks to Dele Alli’s early penalty at Molineux. The midfielder won the spot kick, drawing a foul from Wolves keeper Jose Sa, before netting his first league goal in 17 months. 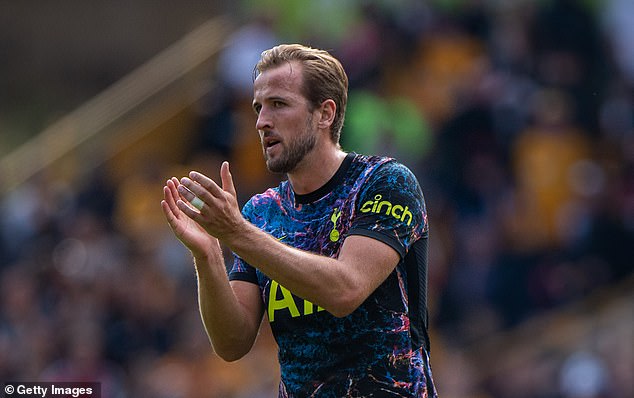 The talismanic Spurs forward, who has been heavily linked with a circa-£150million summer transfer move to Manchester City, received a warm reception from travelling fans at Molineux 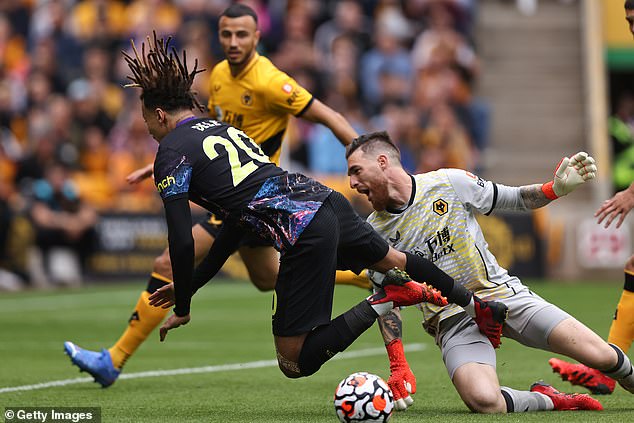 ‘He’s working very hard, all the team work very hard,’ Nuno said. ‘Dele did a very good job, he scored at the start of the game and at the end he was running all over the field. That shows the levels of fitness he has and the belief he has.’

Wolves boss Bruno Lage, meanwhile, is confident his side are on the right track, despite their worst start to a season in nearly two decades.

They have lost both of their opening two games but Lage insisted: ‘I think we did well, the game stays in our hands for 90 minutes, they have two chances, two transitions, they have the penalty.

‘We have 25 attempts to score one goal, In two games, we had 42 attempts and didn’t score one goal. I’m unhappy with the result but I believe in working hard… what we’re doing now gives me confidence.’

He added: ‘It’s not a question about little things, it’s just about scoring goals.’