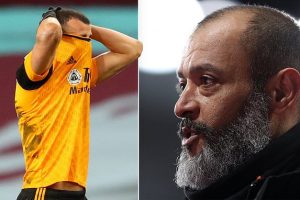 ‘It’s clear he should have done better’: Nuno Espirito Santo admits Romain Saiss should have scored open goal but refuses to blame defender despite shocking miss in 0-0 draw against Aston Villa

The defender lifted the ball over an open goal from point-blank range after Conor Coady’s header came back off the post as Wolves drew 0-0 at Villa Park.

Ollie Watkins and Ezri Konsa also hit the woodwork for the hosts during a bright first half but Wolves recovered after the break and should have won. 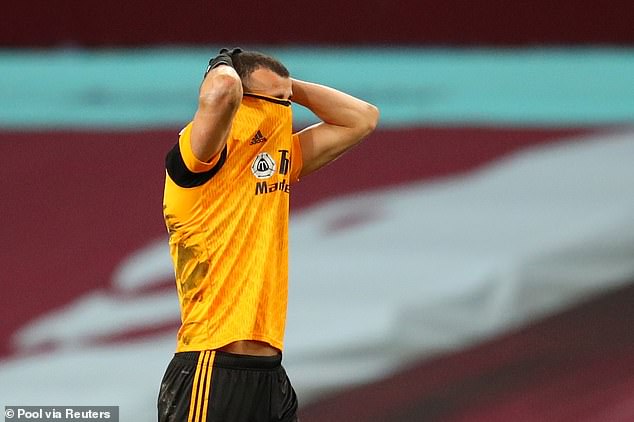 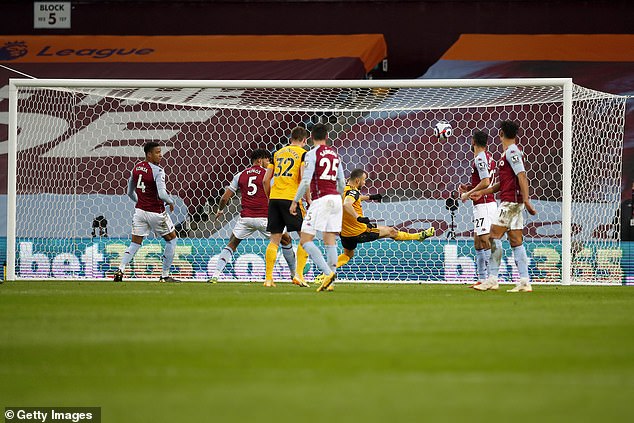 Nuno said: ‘It’s clear he should have done better but the mistake, in our view, is something we are always supportive of. There is no problem at all. Saiss must be proud because he fought really well for the team.

‘It was Coady first, the header of Coady, I know him very well and he could have done better but credit to him because it’s something we are pushing him to go into the box. He has been able to find good positions.

‘We have to reflect and think like we always do, trying to find the why and then the how to stop it.’ Villa, ninth in the Premier League, dominated the first half but failed to test Rui Patricio which allowed Wolves to regained their composure after the break.

Pedro Neto tested Emi Martinez before Saiss should have scored after 57 minutes instead of somehow lifting his effort over after Coady’s header bounced off the post.

Coady was also denied by Martinez with 16 minutes left when he turned his shot wide from close range after Ross Barkley’s error in the box and Wolves stay 12th. 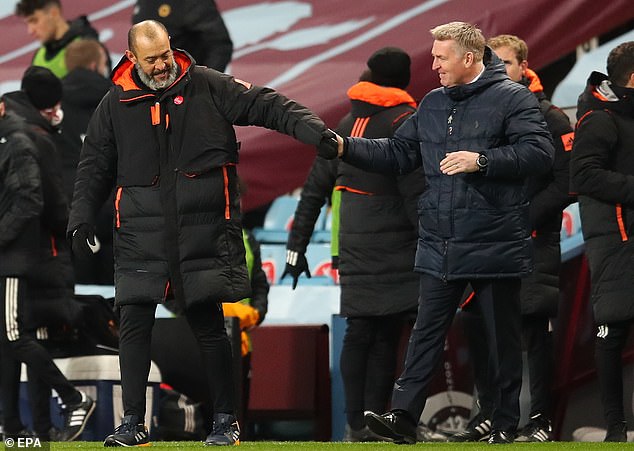 Watkins finally forced Patricio into his first save in stoppage-time and Konsa lashed the rebound wide as Villa’s stuttering European hopes suffered another blow.

‘When I have seen it back it’s one which comes back at him and he (Saiss) inexplicably puts it over. I was certainly a relieved man after that,’ said Villa boss Dean Smith.

‘There were big chances at both ends and I would have celebrated if Ezri had scored at the end but it would have been unjust.

‘We’re creating big chances so goals are never a concern. They will certainly start going in, some of our play was our best since December. I’ve got no concerns, goals will certainly come.’