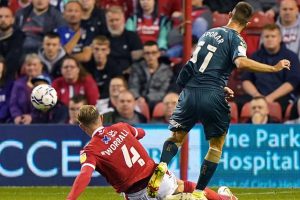 Fans hurled abuse at the Nottingham Forest directors’ box as Chris Hughton’s goalkeeping gamble backfired at The City Ground and left him on the brink of being sacked.

Goals in each half from Middlesbrough’s Andraz Sporar and Onel Hernandez saw Forest remain rooted to the bottom of the Championship table with one point of seven games and it would be no surprise if owner Evangelos Marinakis acted before the weekend with Chris Wilder, Steve Cooper and John Terry all mentioned as possible successors.

To add to Hughton’s distress, his decision to axe regular goalkeeper Brice Samba in order to give American Ethan Horvath a league debut didn’t work out. 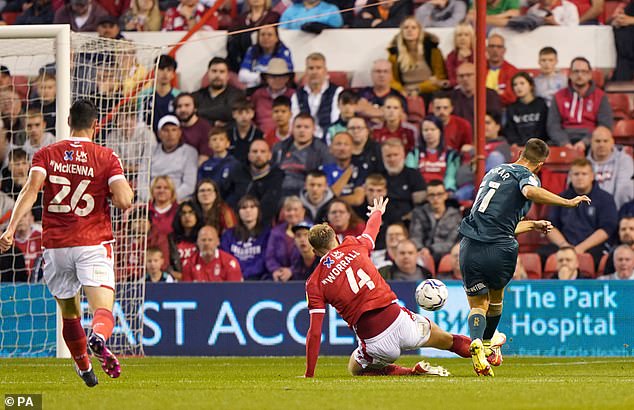 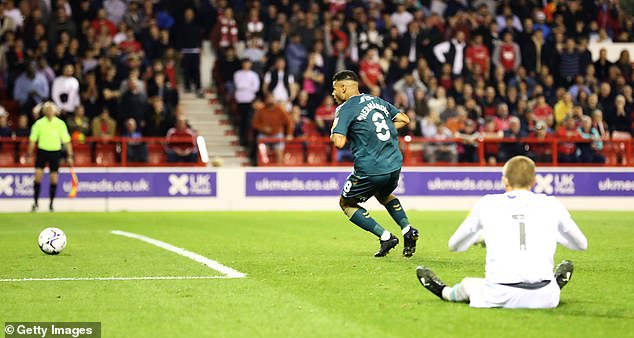 The mood was toxic at full-time with home fans booing their side off and chanting ‘You’re getting sacked in the morning’.

Some angry fans yelled at senior figures as they passed the directors’ seats at the end, shouting at them to sell the club to supporters. Chief executive Dane Murphy was spared however – he is in America to get married on Friday.

There were even rumours Hughton had been sacked within minutes of the final whistle but he came out to see the media and said: ‘That’s news to me.’

But the former Newcastle and Norwich boss is realistic enough to know he looks on borrowed time. 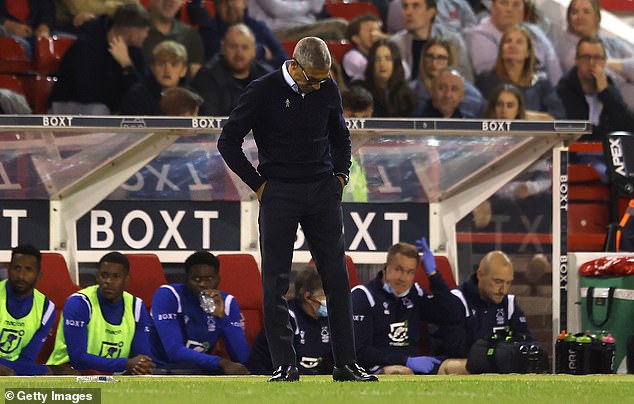 ‘This is a low, there is no doubt about it. It’s very uncomfortable. When you are losing games, you don’t expect niceties,’ he said.

‘It is very concerning. I am the manager here. I ultimately take responsibility for all the results irrespective of the circumstances around that.

‘There has to be a very quick turnaround. At the moment I am still digesting this game. I have to prepare a team for a very tough game on Saturday. I can’t say everything is right but unless somebody tells me (otherwise), my responsibility is to pick a team that can get something at Huddersfield.’

Forest have gone backwards during Hughton’s 11 months in charge and after presiding over the club’s worst start for 108 years, the manager drafted in Horvath who arrived from Club Brugge during the summer. 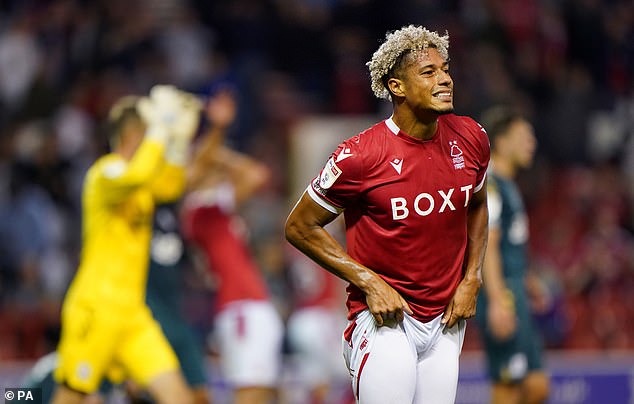 The 2-0 loss was Forest’s sixth defeat from seven games, earning just one point this season

But when you’re struggling, everything seems to go against you and Boro went ahead with their first serious attack after 24 minutes.

Slovenian striker Andraz Sporar charged towards goal without a tackle being made and let fly from 25 yards into the roof of the net. 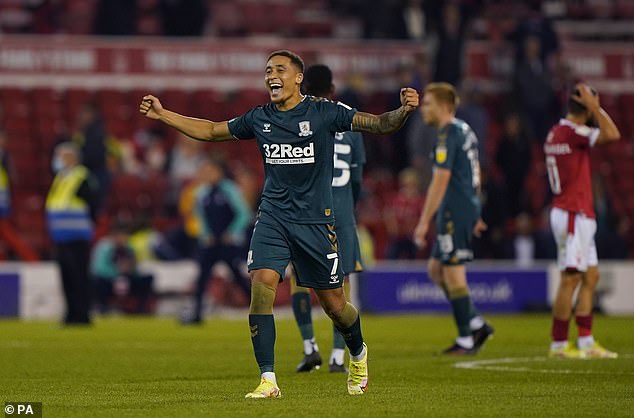 Marcus Tavernier, who provided the assist for Sporar, celebrates his side’s 2-0 win

It was his first for Boro after signing on loan from Sporting Lisbon and manager Neil Warnock said: ‘I felt we were in charge after that.’

The setback was devastating for Forest and 62-year-old Hughton struck a lonely figure in the technical area as his side were booed off at the interval.

He sent on Joe Lolley and debutant Xande Silva after 67 minutes to try and rescue the game with the misfiring Lyle Taylor withdrawn.

Instead, disaster struck five minutes later when Horvath failed to trap a regulation pass by Soh and Hernandez nipped in to score in front of a thousand travelling fans. 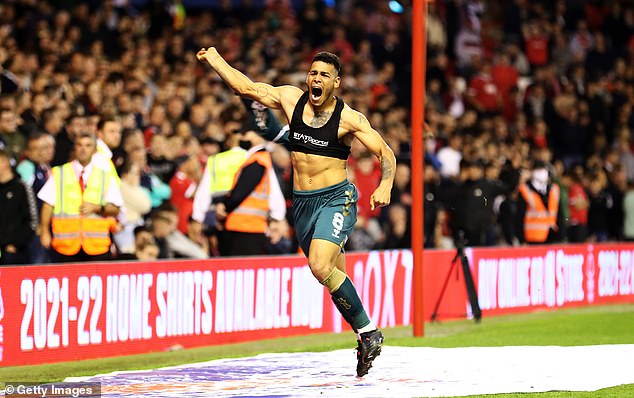 If it proves to be the final nail in Hughton’s coffin, how ironic it should be his last roll of the dice with Horvath that cost him.

Warnock, a decade older than Hughton, admitted he didn’t have time to feel sorry for the opposition manager. ‘It’s dog eat dog, we are just worried about ourselves,’ he said. ‘My players did their stuff, one to 11.’

Hughton defended his decision to pick Horvath: ‘That (a mistake) can happen. I made the decision for the right reasons. He would be the first to know it was a mistake. Before then we were in good enough positions to create chances.’