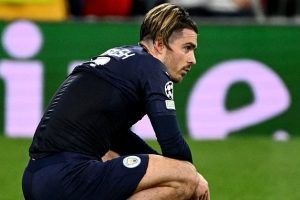 Jack Grealish has promised Manchester City won’t dwell on their Champions League exit against Real Madrid because they want to prove they are the best team in the country.

Grealish, City’s record £100million signing was part of the side who were left shellshocked after losing to three late goals in Spain.

They need to react against Newcastle on Sunday to boost their chances of winning the only trophy left available to them, the Premier League. 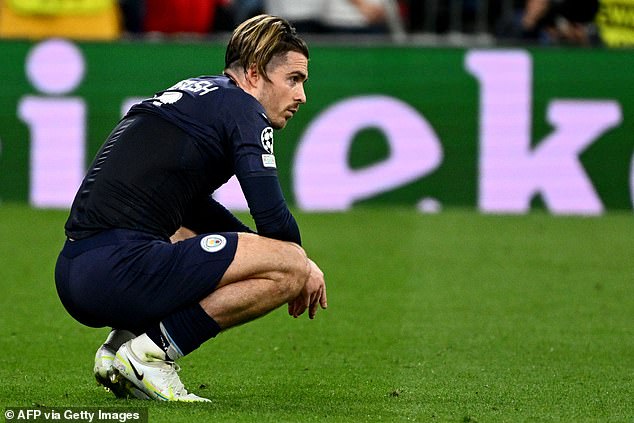 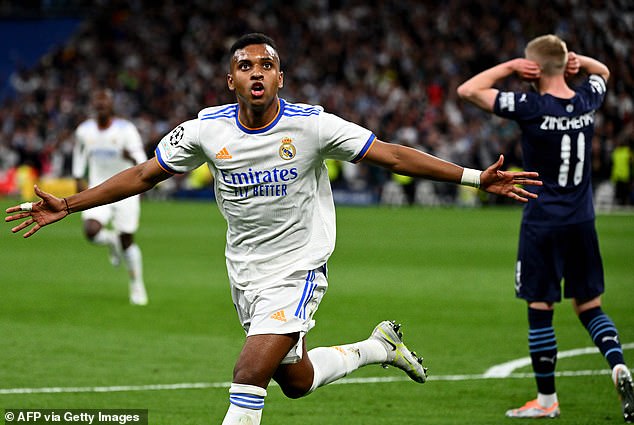 ‘Here at City you have so many games that come thick and fast, so you don’t really have time to dwell on things,’ said Grealish.

‘We just have to dust ourselves down and get back together as a unit, which is what we’ve done in the last few days. That is why, in my opinion, we are the best team in the Premier League.

‘We put that pressure on ourselves to constantly win trophies and the club has done that over the last 10 years especially.

‘There are four important games coming up and we will give it our all and fingers crossed we can end up lifting that trophy. The game the other night gives us more of an edge to go and do that.’ 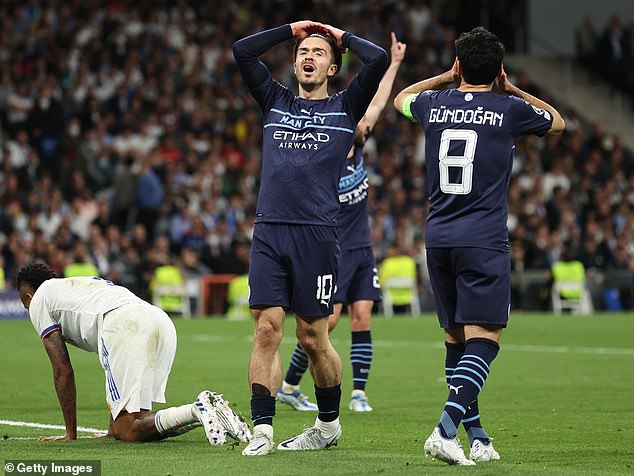 Unlike his team-mates, Grealish hasn’t won silverware in his career, adding to his motivation

Unlike his team-mates, Grealish hasn’t won silverware in his career, adding to his motivation.

‘That’s what I came here for — to try and lift trophies and have medals of my own.

‘You grow up wanting to play in the Premier League, not even thinking of winning it because it’s so much to achieve. But once you play in it, then you think ‘imagine winning it one day’.

‘It is nice to see how ambitious all the players are. They are still desperate to win it even though they have won it how many times?’