Neymar: Napoli vs PSG is like Champions League final

Neymar has called on his Paris Saint-Germain team-mates to treat Tuesday’s clash with Napoli like a Champions League final as they battle to make it out of the group.

The French club have been imperious in Ligue 1 this season but have struggled to recreate their unbeatable form in a devilishly tricky Champions League Group C.

Losing to Liverpool at Anfield and drawing with Napoli at the Parc des Princes, PSG currently sit third with four points and could see their hopes of qualifying all-but end if they taste defeat in Italy. 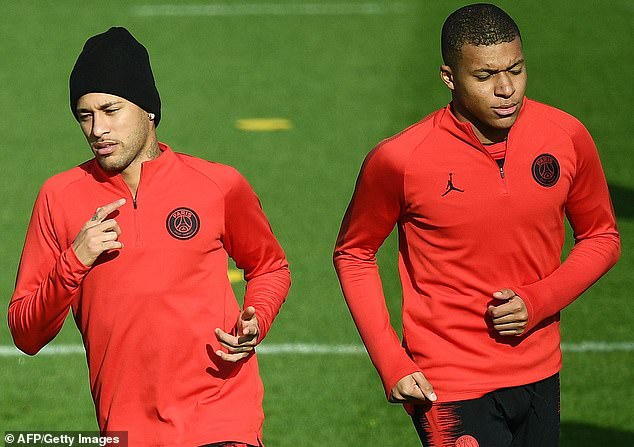 With the French title a foregone conclusion, the Champions League is the trophy that really counts for PSG and their Qatari owners and crashing out at the group stage would be considered nothing short of a disaster.

That is why Neymar says they have to turn out at Napoli as if it is the ‘last game’ they will ever play.

‘It’s a very difficult match, it will be a final for us,’ he said.

‘We know we have to win this game and we hope to have a good match to get a great result.

‘Again, we must approach it as if it were the last game of our lives.’ 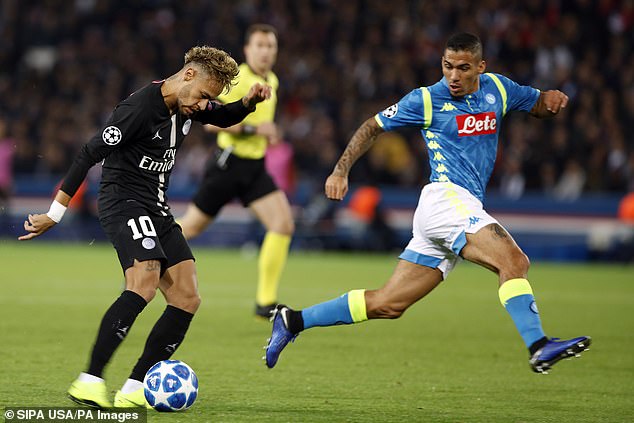 PSG’s situation would have been a lot worse had Angel Di Maria not curled home a last-minute effort to salvage a 2-2 draw against the Serie A side last month. Thanks to that draw, they are just one point behind Napoli and two behind Liverpool.

However, it will all change if they lose in Italy. With Liverpool expected to beat Red Star Belgrade, a loss would leave PSG the task of taking maximum points from their remaining two games while hoping other results go their way.

A consolation prize of a Europa League place awaits whoever finishes third, but even if PSG manage to win UEFA’s second-tier competition, failing to make it out of the group would likely prove fatal to head coach Thomas Tuchel, regardless of how well he does domestically. 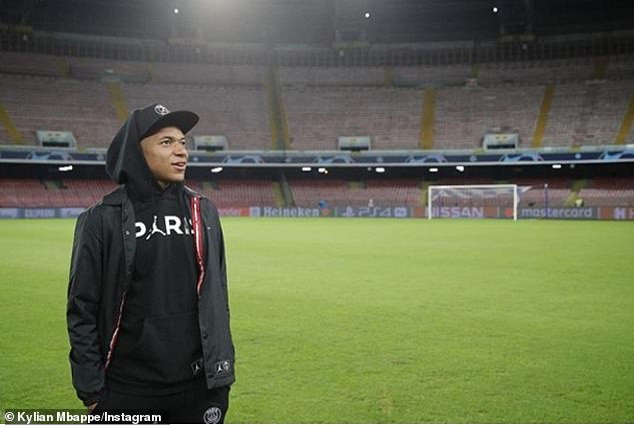