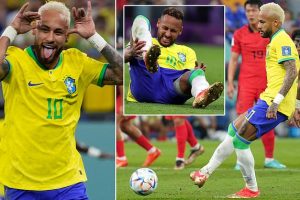 ‘I was afraid of not being able to play again’: Neymar admits he feared his World Cup was OVER after picking up an injury against Serbia… as Brazil star insists he no longer ‘feels any pain’ in his ankle after scoring in win over South Korea

Brazil superstar Neymar admitted he feared his participation in the Qatar World Cup could be over after he sustained an ankle injury in their opening match against Serbia.

The 30-year-old missed his side’s last two group games against Switzerland and Cameroon before returning to the starting XI for Monday’s 4-1 thrashing of South Korea in the Round of 16.

Neymar impressed against the Asian side, adding Brazil’s second on the night when he coolly slotted home a penalty after Richarlison was fouled. 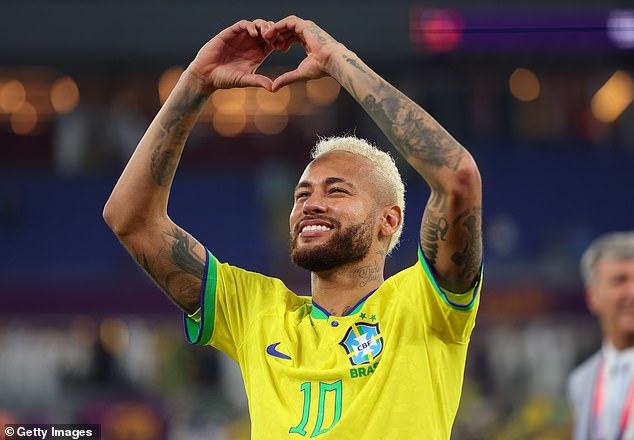 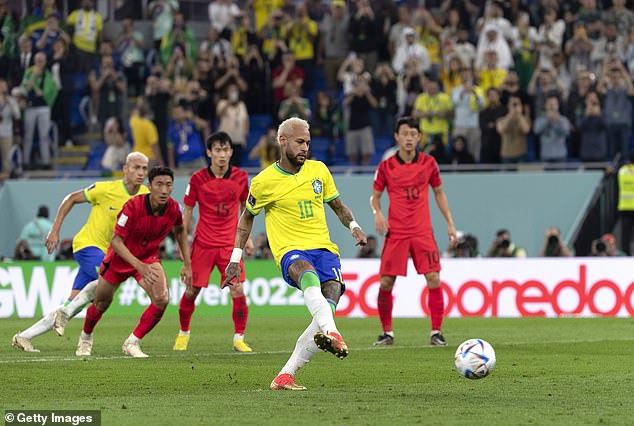 The Brazil star returned to action against South Korea, scoring a penalty in their 4-1 victory

The early return of the forward, just 11 days after he had hobbled off against Serbia, caught many by surprise and Neymar revealed he did doubt if he would feature again in this tournament.

‘I was afraid of not being able to play in this World Cup again but I had all the support of my friends and family and I tried to find strength where I could not find it,’ said Neymar.

Vinicius Jr., Richarlison and Lucas Paqueta also scored on the night, as the Selecao romped into a 4-0 lead after just 36 minutes.

They saw out the game against Paulo Bento’s side with ease, although Paik Seung-ho did pull one back late-on with a superb strike from distance. 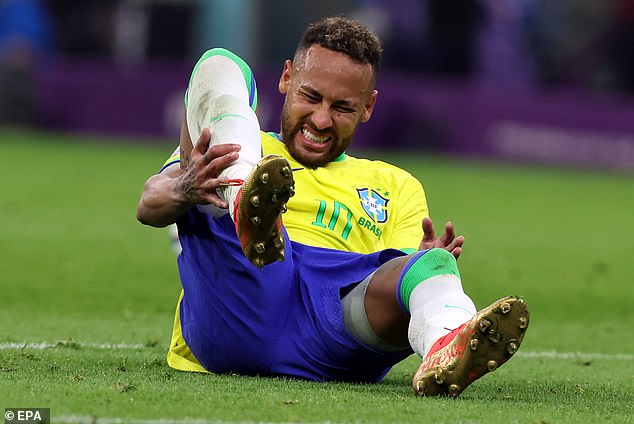 Neymar’s goal was his 76th for his country in just his 123rd cap, meaning he is now just one goal behind Pele in the list of Brazil’s all-time top goalscorers.

Since making his debut in 2010, the PSG forward has been a talisman for his nation and his goal was his seventh in just 12 World Cup appearances, having also represented his nation in the 2014 and 2018 editions of the tournament.

Neymar was withdrawn for Rodrygo with nine minutes left to play, with Tite keen to protect his star man. 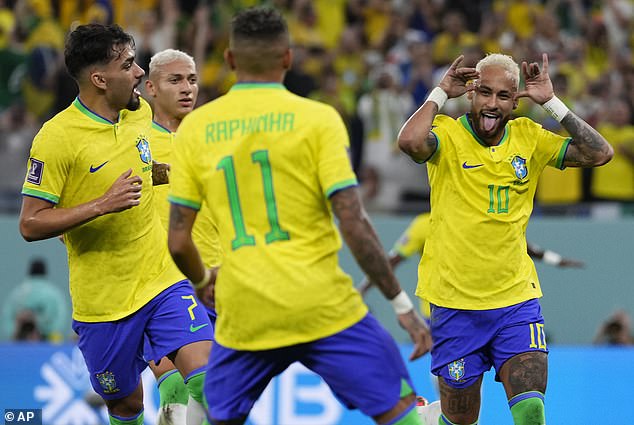 The forward was pleased with his evening’s work on his return from injury, revealing his body felt good, but did admit that there is more to come from Brazil despite the emphatic result.

He added: ‘I did not feel any pain in my ankle. I think my performance went very well and I’m very content, but that said I think we can always improve and that’s what I will try to do.’

Brazil now face Croatia in the quarter-finals of the World Cup on Friday afternoon at 3pm (GMT).