‘Next Maradona’, 13, got memorable gift at A-List party with Samuel L. Jackson 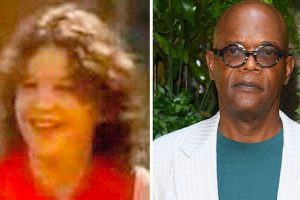 When he was only 13-years-old, Pike shot to fame when various outlets and programmes touted him as “the next Diego Maradona”. During the 1990s, major brands and companies including McDonalds, Coca Cola, Mizuno, and many more flocked to sponsor the youngster, who is now 38-years-old.

But while Pike admitted there were tons of strange situations his unprecedented fame landed himself in, one of the most memorable moments was when fashion giant Paul Smith, took off his watch and gave it to him at a star studded party which featured high profile guests such as Jackson and many more.

Read More: England's 13-year-old sensation dubbed 'the new Diego Maradona' and where he is now

“Paul Smith invited me to his birthday. It was in Covent Garden and Samuel L Jackson was there,” Pike, who now owns his own one-to-one coaching academy, laughed in an exclusive interview with Daily Star Sport.

“I had no idea who he (Jackson) was, but my Mum spent a lot of time talking to him. Paul Smith took off his watch and gave it to me.

What other football wonderkids do you remember? Let us know in the comments section below

“I was doing loads of catalogues for him. There was a good one of me sitting on a wall which had ‘no ball games’ written on it.” Incredibly, that was not the only thing Pike was given by the fashion magnate.

“He gave me his watch, then he opened up all of his cabinets, which sold things like Paul Smith tooth brushes and other nick-nacks,” Pike added. “He opened it up and said ‘just take what you want’. I had one of my mates with me and we didn’t know what to do.

“They made me suits which I wore to Sky Sports awards and everything. It was all grown up stuff in there. I didn’t know what any of it was.

“We were just grabbing things and having a laugh. But looking at it now, we probably emptied out a draw worth around £500 or £1000.” When posed with the million dollar question, Pike laughed and admitted he has no idea where the watch ended up. “I never saw it again after that,” Pike giggled. “Even now, I have no idea what his watch is worth.”