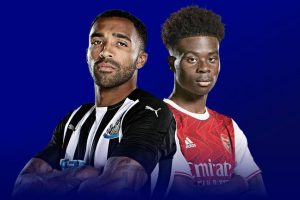 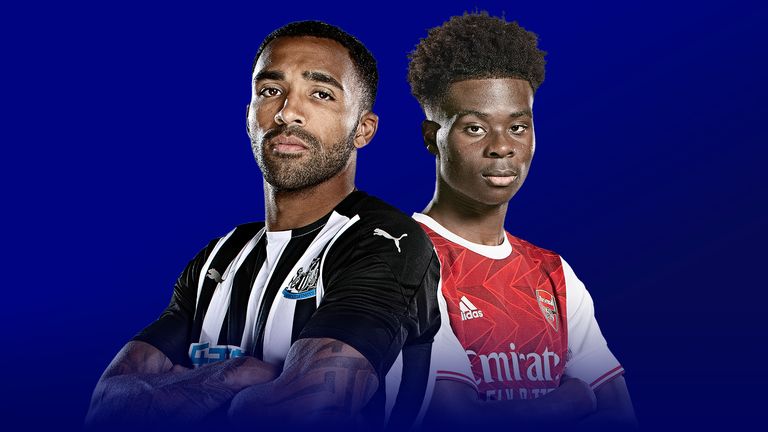 Team news and stats ahead of Newcastle vs Arsenal in the Premier League on Sunday (kick-off 2pm).

Joe Willock will sit out Newcastle‘s Premier League showdown with Arsenal under the terms of his loan agreement.

The Gunners midfielder, who has scored after coming on as a substitute for the Magpies in each of his last three games, is ineligible to face his parent club.

Defender Fabian Schar is available following his recovery from a knee injury, but wing-back Matt Ritchie is a slight doubt with a calf problem and ‘keeper Karl Darlow and midfielder Isaac Hayden (both knee), skipper Jamaal Lascelles (foot)
and winger Ryan Fraser (groin) are still out.

Arsenal captain Pierre-Emerick Aubameyang could again be named among the substitutes as he continues his comeback from malaria.

Alexandre Lacazette (hamstring) and Kieran Tierney (knee) are both back in training but the game could come too early for the pair.

David Luiz has recovered from his own knee injury and could come into the side with manager Mikel Arteta likely to have an eye on the second leg of the Europa League semi-final against Villarreal on Thursday.

Newcastle vs Arsenal will be shown live on Sky Sports Premier League and Main Event from 1pm; kick-off 2pm. Sky Sports customers can watch in-game clips in the live match blog on the Sky Sports website and app. Highlights will also be published on the Sky Sports digital platforms and the Sky Sports Football YouTube channel shortly after the final whistle.

It will take a brave bettor to back Arsenal here at Evens with Sky Bet, eh?

There is a case to argue that Newcastle should be favourites when it comes to current form. The Gunners have won just one of their last five Premier League games, at bottom club Sheffield United, and if you take it further back they’ve won only four of their last 13 league outings.

The 13/5 for a home win is very tempting with Allan Saint-Maximin in red-hot form and Callum Wilson likely to replace Joelinton in attack. An upgrade of monstrous proportions.

Steve Bruce has cleverly negotiated the Toon away from danger, losing just one of their last eight games. Pragmatic football has been replaced by productive football. It’s easy on the eye, too, with lots of emphasis on getting the ball quickly into dangerous areas.

That new-found attacking philosophy is painted perfectly by the fact Newcastle have created the highest total expected goals figure (8.59) of any team in the Premier League over the last four fixtures, creating 10 big chances – defined by Opta – along the way. Again, no team has created more.

That attacking emphasis should make for an exciting game. And when I foresee such a scenario, the total match shots market grabs my eyes. The 5/4 with Sky Bet for 27 or more should give you a great run. It’s a bet that would have landed in all of Newcastle’s last four fixtures.

Pitch to Post Preview: Jamie Carragher on Man Utd v Liverpool; Plus: Chelsea’s striker problems and Arsenal’s issues on and off the field

Sky Sports pundit Jamie Carragher joins Peter Smith to look ahead to Manchester United’s Super Sunday clash with Liverpool. He assesses United’s big Europa League semi-final win over Roma and where Ole Gunnar Solskjaer’s side need to strengthen if they are to be Premier League challengers next season. Plus, he gives his verdict on Liverpool’s top four hopes – and how they can come out on top in their must-win trip to Old Trafford.

Sky Sports features writer Nick Wright is also on the show, discussing Chelsea’s misfiring strikers ahead of their clash with Fulham, and also offering his insight on Arsenal’s Europa League semi-final defeat to Villarreal, what needs to change before next week’s second leg, and the wider ownership debate which has led to fan protests. He also shares his Pitch for what he thinks will happen in the Premier League this weekend!