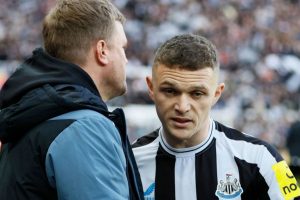 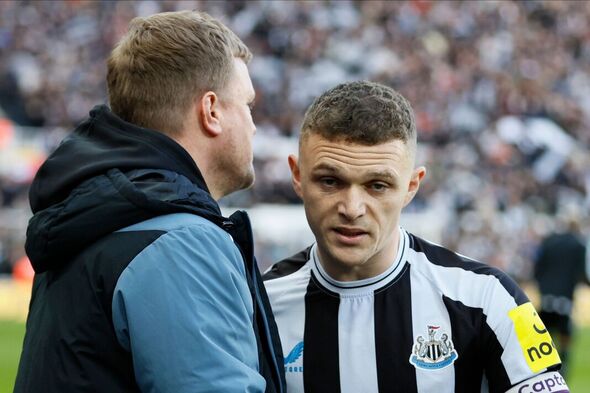 Newcastle are looking to sign a right-back in attention to a defensive midfielder with Leeds ace Cody Drameh and Real Valladolid’s Ivan Fresneda among the names on their radar. Eddie Howe is mindful of planning for the future despite Kieran Trippier’s exceptional consistency at St James’ Park since arriving from Atletico Madrid last January as one of the first signings of the new era on Tyneside.

Trippier is now 32, however, and the Magpies are lacking depth at right-back with Emil Krafth and Javier Manquillo simply not up to scratch.

Although there is immediate urgency or panic, a backup right-back is now considered to be one of Newcastle’s priorities in the transfer market.

As reported by Fabrizio Romano, the Magpies are now showing strong interest in both Drameh of Leeds and Arsenal target Fresneda.

The highly-rated young duo are both deemed capable of stepping up as Trippier’s potential understudy and with Newcastle now improving rapidly, there could be plenty of football on offer in cup competitions or in Europe next season.

Drameh is still yet to break into Leeds’ first team despite his undeniable potential and he remains third in the pecking order at Elland Road behind Rasmus Kristensen and Luke Ayling.

His current deal is set to expire in the summer of 2024 and a new contract currently looks highly unlikely.

The 21-year-old has made just one appearance in the Premier League this season having featured three times in the 2021-22 campaign.

After spending last season on loan at Cardiff City in the Championship, there had previously been optimism this could be his breakthrough season in Yorkshire.

Now Drameh is expected to seek a new challenge and with Newcastle lurking, there is every chance he could get the opportunity to stay in the Premier League.

Other clubs have also been linked including Championship leaders Burnley, who are continuing to sign young talent from both England and Central Europe – namely Belgium.

Fresneda, meanwhile, is at the centre of a strongly-contested transfer battle which also includes the likes of Borussia Dortmund and Juventus.

The 18-year-old has made nine appearances this season in La Liga and is expected to earn Real Valladolid a significant payday either this January or in the summer window.

He is a strong, technical defender and is considered to be among the hottest properties in Spanish football.

Newcastle are considering a move following talks with his representatives but as mentioned, they face Premier League competition from league leaders Arsenal.

It’s been reported that Fresneda’s current contract contains a release clause worth in the region of £25m.

The Magpies are also believed to be interested in West Ham’s 21-year-old right-back Harrison Ashby.