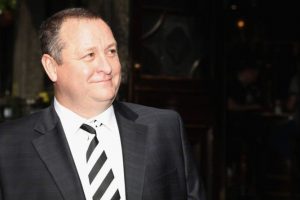 Newcastle United have endured a dismal start to the season, picking up just one point from their opening three games. And fans are starting to turn on manager Steve Bruce.

The Magpies began their season with a 4-2 loss at home to West Ham, before whimpering to a 2-0 reverse at Aston Villa.

And they were denied a first win of the season when James Ward-Prowse struck a 97th-minute equaliser for Southampton on Saturday.

The Tyneside misery has been compounded by Newcastle’s home defeat to Burnley in the Carabao Cup last week, and it could be another disappointing season for the club.

Zero victories in three home games have been hard to take for the Newcastle faithful and there were chants of, ‘we want Brucey out’ after a poor first half against Southampton.

Chief Mike Ashley has faced calls to sack Bruce in the past, but he has held firm and been rewarded for his belief, to a degree.

MUST READ: Man Utd ‘may have found PL solution’ to give Ronaldo No 7 shirt

The style of football has hardly been exciting, but those two league positions are well above the relegation places.

And, according to The Athletic, Ashley has no plans to put his metaphorical lamb to the slaughter.

Newcastle were teetering on the brink at times last season. Their 2-2 draw with Spurs in April meant the side had won just two of their last 18 Premier League games.

But Bruce pulled it out of the hat when it mattered and five wins in the last eight games of the season were enough to move Newcastle well clear of the drop.

“I thought the easy thing would be to say I am not enjoying this anymore, I’m getting a bit of stick, I’ll walk away,” Bruce told talkSPORT in the final weeks of the season.

“That has never been me. I wanted to batten down the hatches and make sure I kept Newcastle in the division this season. That is all I have focused on – I couldn’t change anything else.

“The most important thing for me is the club so there was never really any danger of me doing that. I’ve been embroiled in keeping the club in the division.

“You have to accept criticism – it is part and parcel of it. But I think at times it has been unjust.

“Here is the big thing. Newcastle in the last 14/15 years have been in the bottom half of the Premier League.

“We would all love to see Newcastle United being back to signing the Alan Shearers of this world for world record fees but that just isn’t going to happen.

“It is difficult managing the expectation which obviously is still there.”