Newcastle must keep up the momentum ahead of key period 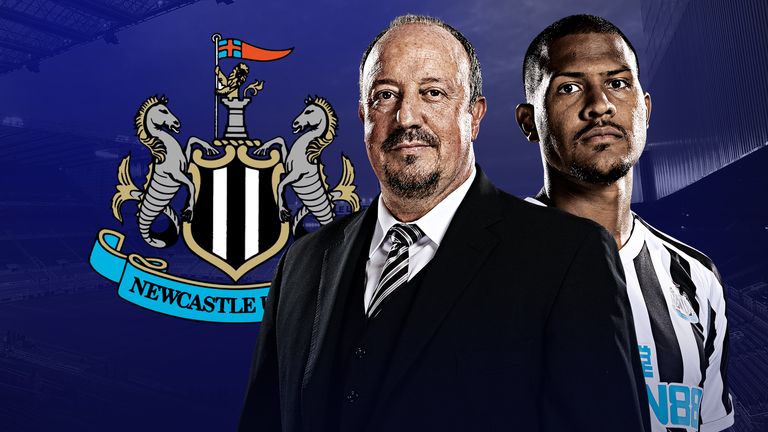 Newcastle ended a winless start to the season with back-to-back wins over Watford and Bournemouth before the international break, but can they keep it up?

We look at the challenge ahead as Rafael Benitez’s side kick off a key period with a trip to Turf Moor to face Burnley on Monday Night Football.

Newcastle’s dismal start to the season reached a nadir with their 1-0 defeat at home to Brighton last month. It was their third consecutive loss and left them bottom of the Premier League table with only three points from their first nine games.

Since then, however, their fortunes have changed. Newcastle held Southampton to a goalless draw at St Mary’s Stadium in their next game, with Benitez describing the stalemate as a “positive result” for his side, and it certainly seems to have proved a turning point.

Newcastle followed it up with a 1-0 win over Watford and St James’ Park, and a week later they saw off Bournemouth to claim another impressive victory – this time by two goals to one. “We have to give credit to our players,” said Benitez afterwards, “they were very good.”

Salomon Rondon has played a key role in the improvement. The Venezuela striker struggled with niggling injuries after joining Newcastle on loan from West Brom in the summer, but he has completed the 90 minutes in consecutive games now and scored both goals in the 2-1 win over Bournemouth. Rondon is providing the cutting edge Newcastle lacked in the early months of the season. He is offering a focal point and he has been praised for his work-rate, too. “He has to improve his fitness but he was working well and trying to fight the defenders,” said Benitez after the Bournemouth game. “He showed what he can do and is giving us something different.”

Rondon’s physicality has helped Newcastle and so too has his aerial prowess. He has only played 412 Premier League minutes this season but he has won more aerial duels per 90 minutes (4.1) than any of his team-mates.

“Everybody knows how Rondon will be a big part of this team,” said midfielder Ki Sung-yueng recently. “He holds the ball up well, can fight for possession and he can score goals. If you have a striker like him, as a midfielder it makes me so confident, and I know we can enjoy a good partnership. If he keeps scoring then it will really help the team.”

A chance to keep it up?

Last season, a trip to Turf Moor would have been a tough proposition. Burnley are still a threat, of course, but a team who finished in the European places in 2017/18 have shown major vulnerabilities in the new campaign. Dyche’s side are level on points with Newcastle having only won twice in 12 games.

Their record is the same as Newcastle’s in terms of wins, draws and losses but there is a huge difference in goals conceded. Burnley had only conceded nine goals in 12 games this time last season, but this year they have conceded 25 – 10 more than Newcastle and fewer only than bottom side Fulham. With Rondon fit and firing and some much-needed momentum behind them, Newcastle should fancy their chances of taking advantage of Burnley’s malaise. Then, at the weekend, a home clash with fellow strugglers West Ham represents another winnable one.

In fact, Newcastle’s fixture list looks relatively kind until Christmas, with Everton (a), Wolves (h), Huddersfield (a) and Fulham (h) to come after West Ham, meaning they do not face any of the top big six in their next six fixtures.

Newcastle’s fixture list after Christmas heightens the need to get points on the board now. 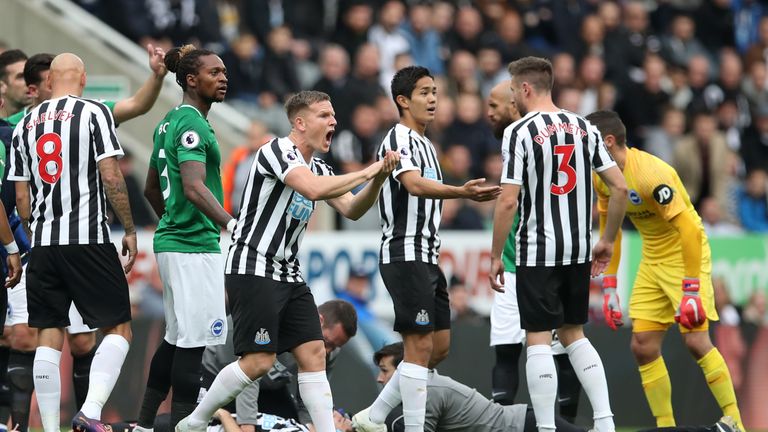 It begins with a trip to Anfield to face Liverpool on Boxing Day. Three days later they face Javi Gracia’s Watford at Vicarage Road, then there is a home clash against Manchester United, live on Sky Sports on Wednesday, January 2, and a trip to face Chelsea at Stamford Bridge 10 days later.

Their fixture list pits them against lowly Cardiff on January 19, but their following two games are at home to Manchester City and away to Tottenham, meaning that between Boxing Day and the beginning of February, Benitez’s side face five of the big six in the space of just seven games.

Will Benitez get financial backing from Newcastle owner Mike Ashley in the January transfer window? He will certainly hope for more than he received in the summer, when Newcastle spent a relatively modest total of £22.5m on new faces, meaning they made a profit of more than £20m in the market.

Benitez has admitted he feels more optimistic following the recent team meal with Ashley, when he was able to help relations by speaking to the owner face to face. 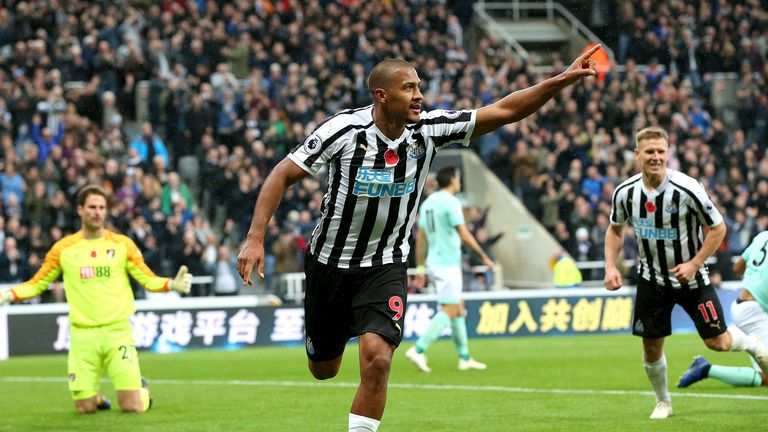 “He knows my ideas and I know his ideas,” he said. “Still, I have a lot of confidence and I’m very positive about this team. But still, if we can do something, it will be better. I’m very realistic and I know January is a difficult window. At the same time, you are having meetings with scouts and are working on that.”

Having only scored nine goals in 12 games so far this season, and despite Rondon’s recent form, attacking reinforcements are likely to be Benitez’s priority. The Spaniard wants to sign Atlanta United playmaker Miguel Almiron, according to The Sun, while Andros Townsend, Troy Deeney and Bordeaux winger Francois Kamano have also been linked.

It remains to be seen who Newcastle will be able to bring in, but what’s certain is that they will need all the help they can get to navigate that tricky January fixture list.