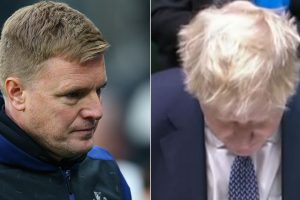 It's difficult to fathom out who is in bigger trouble – the Prime Minister or Newcastle United?

Both have been left clinging to positions within the elite but are staring down the barrel, and could still have the ultimate humiliation to face in the not too distant future.

But while Boris Johnson appears to be at least going down with a drink in his hand, it's difficult to see how those long-suffering fans on Tyneside will be raising a glass to the club's new Saudi Arabian regime come the end of the season.

When the club fell under the spell of the oppressive Saudi State, there was immediate talk of some of the biggest superstars in world football coming to St James' Park.

Name a name and he was linked to the Toon.

This could still happen, of course, but in the meantime, if you'd told fans at the time of the takeover that the second major signing of this new dawn in Newcastle would be a 30-year-old Kiwi international from Burnley who has scored a whopping three goals this season, they'd have probably choked on their Brown Ale.

Wood is a good, likeable and hard-working professional who appears to have eked the maximum out of the talent he's been given.

But when it comes to creative flair and that ability to bring something new to the party (sorry, Boris), he's no Philippe Coutinho.

While Newcastle have just spent an astonishing £25m on a Wood they hope won't sink without trace, Aston Villa have signed a Brazilian playmaker with top credentials for nothing, apart from having to pay half his wages, following his arrival on-loan from Barcelona.

Where will Newcastle finish in the Premier League this season? Let us know in the comments section. Coutinho has agreed to go to Villa because he is a friend and former team-mate of Steven Gerrard's.

So even if Newcastle had attempted to lure him to Tyneside instead, the top flight strugglers would have been wasting their time, because he'd have always chosen a team with twice as many points and double the chance of staying up.

And while the signing of Kieran Trippier should prove to be an astute one, the Newcastle faithful still await the sort of marquee arrival Coutinho would have represented.

Does co-owner Amanda Staveley seriously think Wood, whose three goals this season have come against Brentford, Leeds and Crystal Palace, with the last coming back in November, will provide the ones Eddie Howe needs to beat the drop?

It's even been suggested Staveley flexed the muscles of her billionaire bosses just to weaken the ranks of a direct relegation rival. What, by taking away someone who's scored three goals?

Or could Staveley have hoodwinked all of us, become resigned to her club's fate and signed the perfect forward to get them out of the Championship at the first time of asking next season? Who knows.

There will be more signings before this month's transfer window slams shut, but if Trippier and Wood prove to be the two biggest acquisitions, then all we do know is that the Saudi sportswashing hasn't got out of first gear yet.

Newcastle took to social media to cheekily proclaim 'we've got Wood' – but let's see if they're all still as excited when the season is finished.

The sensible thing for Yorkshire to do would have been to keep their heads down, employ the right people and focus on using them to tackle the monstrous task of rebuilding their reputation from scratch.

But the most successful club in county cricket are having non of that.

Just as the dust was attempting to settle down a little in the wake of the Azeem Rafiq racism scandal, interim coach Ryan Sidebottom has kicked it into the faces of right minded people again.

Sidebottom, who won three titles with Yorkshire during his playing days, gave a TV interview in which he said 'let's try to forget about it', when asked about the unforgivable events that have left the club's reputation in the gutter and claimed the jobs of a raft of players, coaches and administrators. 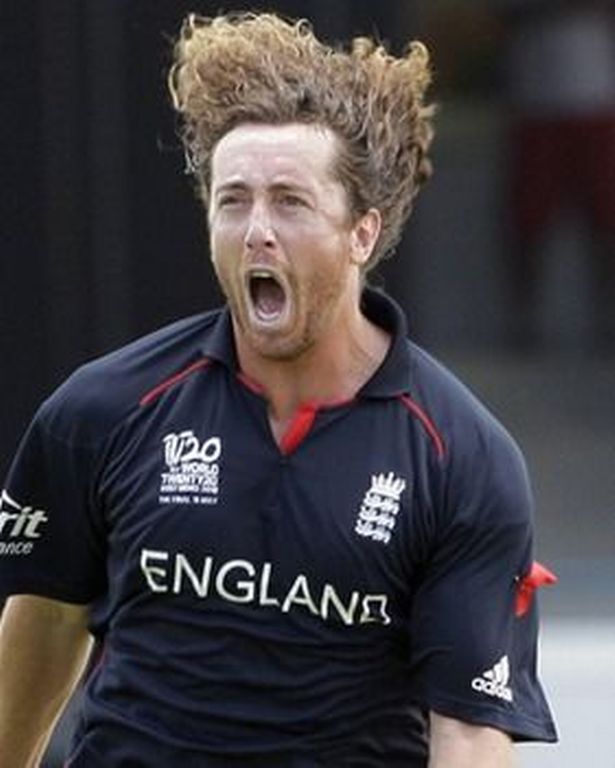 Some people will find it impossible to accept Sidebottom's grovelling apology, although I believe he was attempting to convey the right message, he just went about it badly.

But if Sidebottom and Yorkshire believe that by just repeating the words 'there's no room for racism' often enough then people will move on, they are sadly mistaken.

Yorkshire are now appointing former senior players from a toxic culture they claim to have had no knowledge of, to clean up that same toxic culture that led them to this dark place to begin with.

Call me stupid, but if this is the best this lot can do then there promises to be a lot more pain and embarrassment ahead.