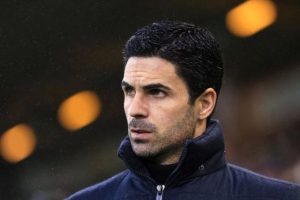 Newcastle, Arsenal and Liverpool could all be in the market for a striker in the January transfer window. Newcastle have a lack of goalscoring options beyond Callum Wilson while Liverpool have lost two of their free-scoring stars to the Africa Cup of Nations and Arsenal have several forwards out of contract at the end of the season. And with the release of ex-Chelsea talisman Diego Costa from Brazilian side Atletico Mineiro, the Spain international could be an option for a shock move back to the Premier League.

Costa, now 33, shot to prominence at Atletico Madrid in the 2013-14 season when he fired Diego Simeone’s men to their first league title since 1996 with 27 goals in 35 games.

He moved to Chelsea for £32million as a result and was an instant success in his time at Stamford Bridge – scoring 20 goals in 26 league games as Chelsea romped to the Premier League and League Cup double under Jose Mourinho.

However, the striker’s time in west London was doused in controversy.

A stamp on Arsenal defender Gabriel, multiple clashes with opponents and an alleged bite on Gareth Barry ensured his status as one of the Premier League’s feistiest players.

A falling out with Antonio Conte led to his departure in July 2017 despite scoring 20 goals to win yet another league title for the Blues, and he has yet to return to British shores since his departure.

But with his release from Atletico Mineiro, the aforementioned sides could make a move for the controversial striker.

A report by Tribal Football suggests that Cadiz and Elche are in contact with Costa.

However, with both sides lying in the bottom four of the La Liga table, they may not be overly appealing options.

Costa could be tempted by European football at Arsenal and Liverpool, even if he doesn’t become a regular starter.

Arsenal strikers Alexandre Lacazette and Eddie Nketiah have just six months left on their contracts, whilst Pierre-Emerick Aubameyang’s time at the club looks to be over after he was stripped of the captaincy.

Meanwhile, Liverpool stars Sadio Mane and Mohamed Salah have headed to the Africa Cup of Nations, with their respective countries Senegal and Egypt both likely to challenge for the trophy.

As a result, Costa could provide a short-term option for either, despite his stock being lower than it was a few years ago.

He would be more likely to get game time at Newcastle due to Wilson’s injury, and a move for the Spain international could provide some vital experience up top that would help in climbing out of the relegation zone.

A move would see Costa link up with former team-mate Kieran Trippier, who joined the Magpies on Friday for a fee of around £12m.

Whether Costa actually returns to England is another matter, but he is certainly an intriguing option for the trio.