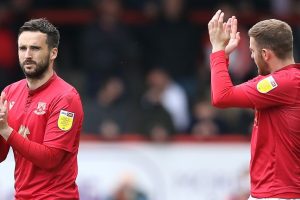 Morecambe booked their spot at Wembley with a 3-2 aggregate win over Tranmere in their League Two play-off semi-final.

Carrying a 2-1 lead in from the first leg, Aaron Wildig set the Shrimps on their way at the Mazuma Stadium inside the first 10 minutes, before James Vaughan struck back in the tie after the break.

It finished 1-1 in the second leg, however, as Morecambe saw the tie through and kept their hopes of playing in the third tier for the first time in their history alive. They meet Newport or Forest Green in the final. 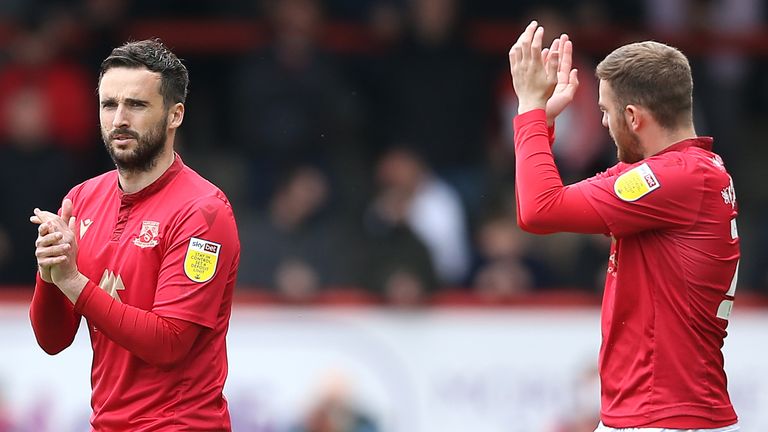 Just like in the first leg it was Tranmere who threatened but Morecambe who showed the more clinical edge.

Vaughan came so close to levelling the tie on nine minutes as he rattled the crossbar with a header, before the Shrimps went up the other end less than a minute later and found the back of the net, as Liam McAlinden rolled the ball into the path of Wildig, and he smartly found the bottom corner.

Tranmere caretaker boss Ian Dawes – who took over for the play-offs following the sacking of Keith Hill – made two changes at the break to try and haul his side back into it, introducing David Nugent and Otis Khan.

Nugent helped give his side a lifeline on 53 minutes, as his header from a corner was turned in on the line by Vaughan, making it 1-1 and bringing them within a goal of levelling the tie.

But there would be no leveller in the tie, condemning Tranmere to another campaign in League Two next season.

Morecambe’s Derek Adams: “As I said in the first game I’m very proud of them and I have been all season. They’ve put in a fantastic shift, and to go 46 games and then win the play-off [semi-finals] is really difficult.

“Today they showed a lot of courage to get the victory. We know the [Tranmere] goal was offside but with it they gave us a problem. The goal we scored was very good, we played through the lines and Wildig took it really well.”

Tranmere’s caretaker manager Ian Dawes: “I feel angry more than anything. I thought the first 20 minutes of the game was something we had addressed. We said they would come out, use the fans and play on the front foot, and we would be ready for that and match it, but we didn’t.

“I know as well as anyone that it’s unacceptable for players to do that in a Tranmere shirt. The club represents more than that, the heart, the desire and the fight, and too many didn’t show that in the first half.”

Man of the Match – Toumani Diagouraga

As the nerves kicked in and the pressure ramped up from Tranmere in the second half, Diagouraga was pivotal in carrying Morecambe back up the pitch time and time again. Without him the Shrimps may well have crumbled and conceded again.

Morecambe progress to the Sky Bet League Two play-off final, which takes place at Wembley on Monday, May 31 at 3pm, while Tranmere will remain in the division for the 2021/22 season, which begins on Saturday, August 7.