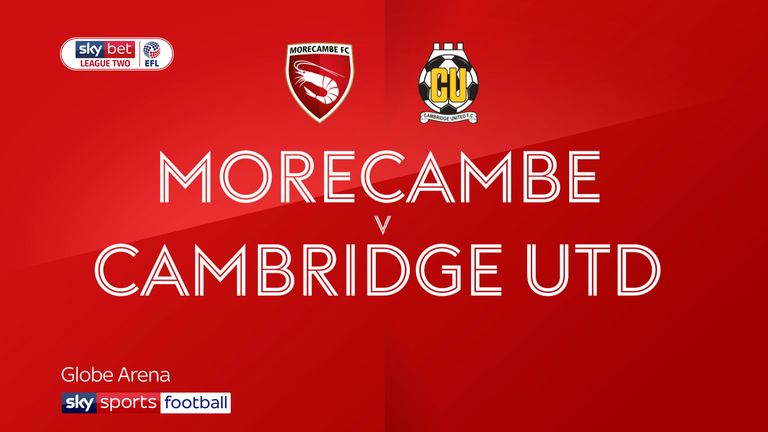 A goal apiece in the second half saw both struggling teams take a point in a low-quality game.

Jordan Slew missed his kick altogether when the ball fell to him five yards out from the right-hand side and v Stockton drilled a low shot inches wide from the edge of the area before Steven Old headed a free-kick over.

Cambridge slowly gained their shape but failed to create chances until the later stages of the half with Jack Roles forcing Morecambe debutant Christoffer Mafoumbi into a decent save.

Second-bottom Morecambe took the lead in the 47th-minute through Adam Phillips when the on-loan Burnley man smashed a loose ball into the roof of the Cambridge net from close range.

The visitors – without a win in 2020 – fought back bravely and scored a deserved equaliser after 68 minutes when Knibbs reacted quickly in the box to slam home a loose ball after a Jack Roles corner caused the Morecambe defence all sorts of problems.