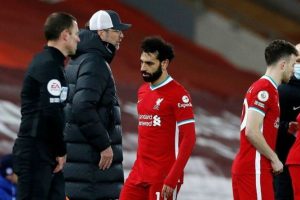 Jurgen Klopp says he could have taken off Sadio Mane or Roberto Firmino instead of Mohamed Salah and withdrew his top goalscorer because of the amount of games he’s played. The Egyptian was take off after the hour mark as Liverpool went in search of an equaliser.

Salah was clearly frustrated with the decision and made his feelings known with several shakes of the head.

He was still trying to get over the call when the Sky Sports cameras checked up on him a few minutes later.

His agent Ramy Abbas Issam took to Twitter to vent his own thoughts, tweeting a cryptic full stop for fans to decode.

But Klopp has now given an honest explanation behind the bold decision that frustrated his star man. 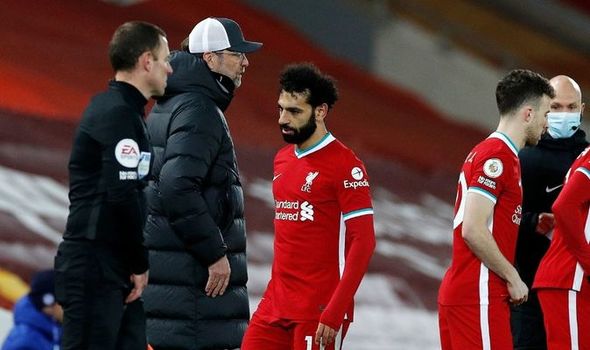 He said: “I just brought on flesh legs. Mo [Salah] looked like today he suffered a bit, he played a lot of games.

“I could have taken off Sadio or Bobby, that is all clear but at that moment it looked like Mo.”