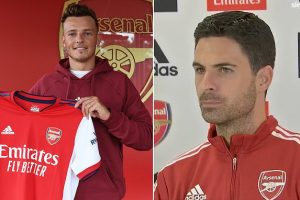 Mikel Arteta reveals his transfer business is NOT finished, with Arsenal boss hoping ‘a lot of things will happen in the last week’ of the window despite being satisfied with his squad

Mikel Arteta says he is satisfied with Arsenal’s summer but believes the club has work to do in the transfer market if they are to be competitive.

Ben White was Arsenal’s biggest buy of the window at £50million but the club was linked with Tammy Abraham, James Maddison, Bernardo Silva and Martin Odegaard, none of whom they’ve signed.

The BBC asked its 20 television and radio pundits to predict their Premier League top fours and no one named Arsenal, who have finished eighth in back-to-back seasons. 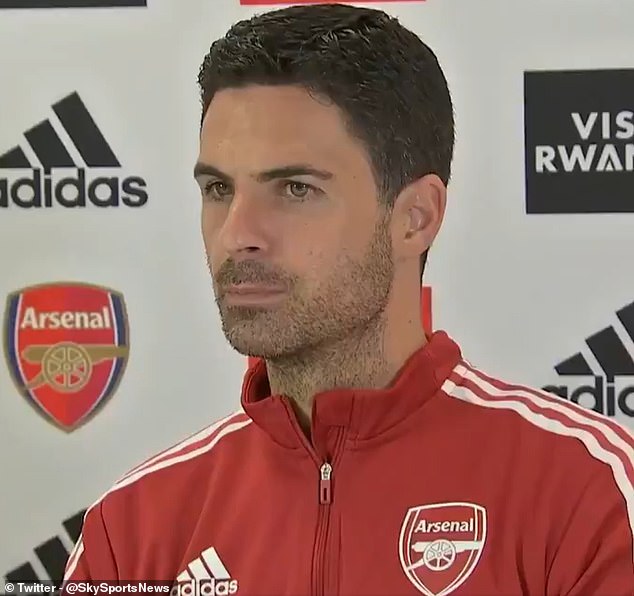 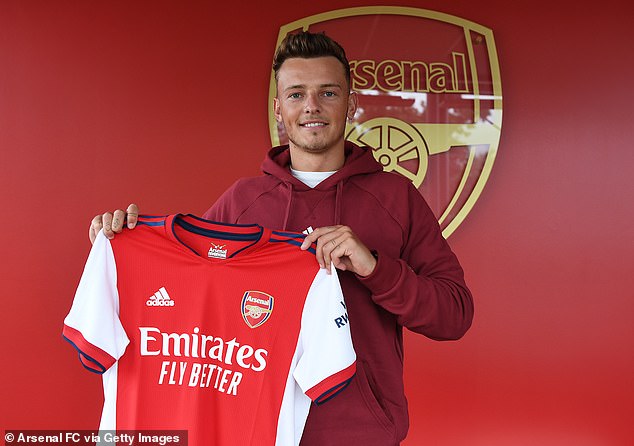 ‘Anything is possible and there are still a lot of things to be done,’ said Arteta. ‘It’s been a difficult transfer window and probably a lot of things will happen in the last week or so.

‘They (the fans) need to be excited and see a team capable of competing. Our history is related to that. That’s the aim. And that should be the objective.’

Asked about Abraham, Maddison and Co who were linked and whether he was underwhelmed by the outcome, Arteta said: ‘It’s been really busy.

‘You just named a few names but that tells you as well how much we had to do.

‘We are talking about the most difficult transfer market in this industry over the last years, for sure, and we are trying to adapt. Myself, the owners, the club all have the same interests which is to make the team stronger.’ 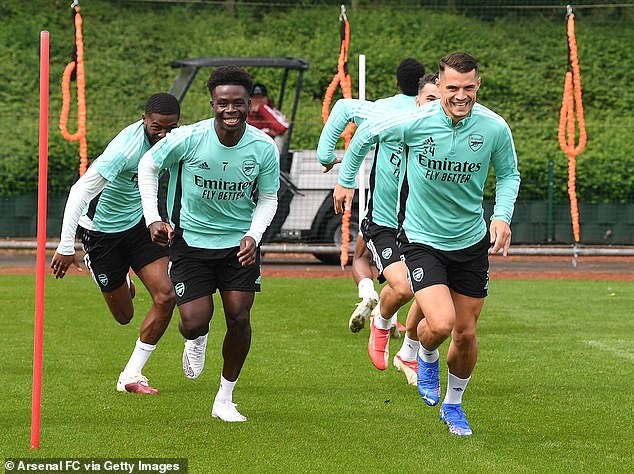 When asked what constitutes a successful season, Arteta said: ‘Our goal is to get the best version consistently that is going to bring us closer to winning football matches. If we do that consistently, we will be in a good place.

On whether the top four was the target, he said: ‘On Friday, win against Brentford and then we’ll be in a strong position in the league.’