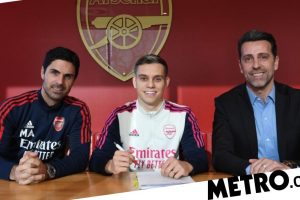 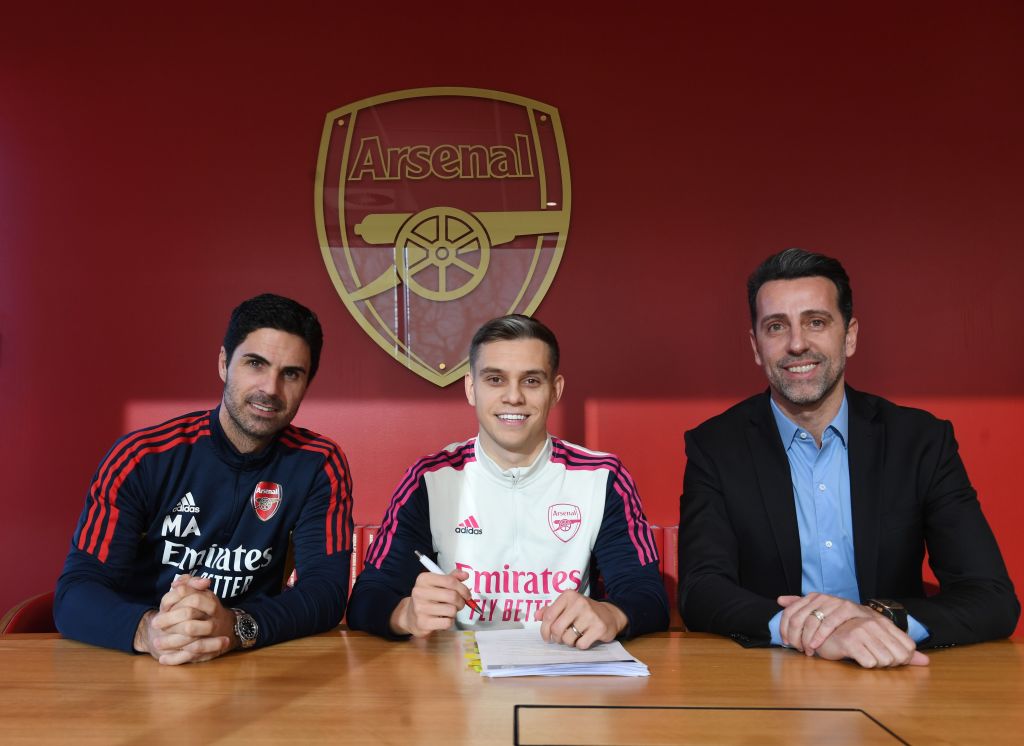 Arsenal manager Mikel Arteta has defended the decision to sign Leandro Trossard in light of questions surrounding his age and professionalism.

Trossard completed his £21million move from Brighton to the Emirates on Friday and could well make his debut on Sunday in the pivotal clash against Manchester United.

It is no secret that the winger/attacking midfielder was not Arsenal’s first choice however, having pursued Mykhailo Mudryk for some time before Chelsea hijacked the transfer for the Ukraine international.

At 22, Mudryk was the perfect fit for the Gunners’ current transfer policy of signing young players with the potential to turn into world-class stars.

Bringing in 28-year-old Trossard on the other hand would seem to be the opposite of what Arteta and Edu have been looking to do in north London, and fans have not greeted the news with as much enthusiasm as previous signings.

In fact, the last player over the age of 25 to sign for Arsenal was Thomas Partey back in the summer of 2020.

But Arteta is sure that Trossard will be a great fit for his side and addressed the change in transfer policy in his pre-match press conference, saying: ‘It’s very simple. The squad can absorb right now a player of 28-years-old.

‘With the right experience, the right versatility and the right quality. And as well with the right price, for sure. And we had no questions about that.

‘It is not that we had to sign 20, 21, 22-year-olds for the next five years. That is not the plan. We need to have a balance and at the moment we have a really good balance in the squad, it can absorb a player of that age.’

Questions have also been raised on Trossard’s professionalism due to the acrimonious way in which he left Brighton, and how they could potentially harm the feel good nature of the Arsenal dressing room that Arteta has spent the last few years carefully curating.

It is reported that the Belgium international recently fell out with a teammate, potentially Adam Lallana, as he tried to force a move away from the Amex.

Seagulls boss Roberto De Zerbi subsequently banished him from training and he as a result he missed several big games for the club including the 3-0 win over Liverpool.

Arteta is confident these issues won’t repeat themselves however, adding: ‘We are very confident we are signing the right person and the right player.

‘We know the player, we obviously dig into the experiences and the personality and the relationship he had at other clubs.’