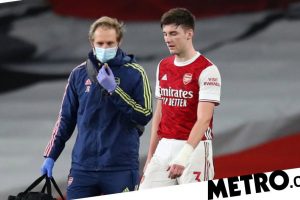 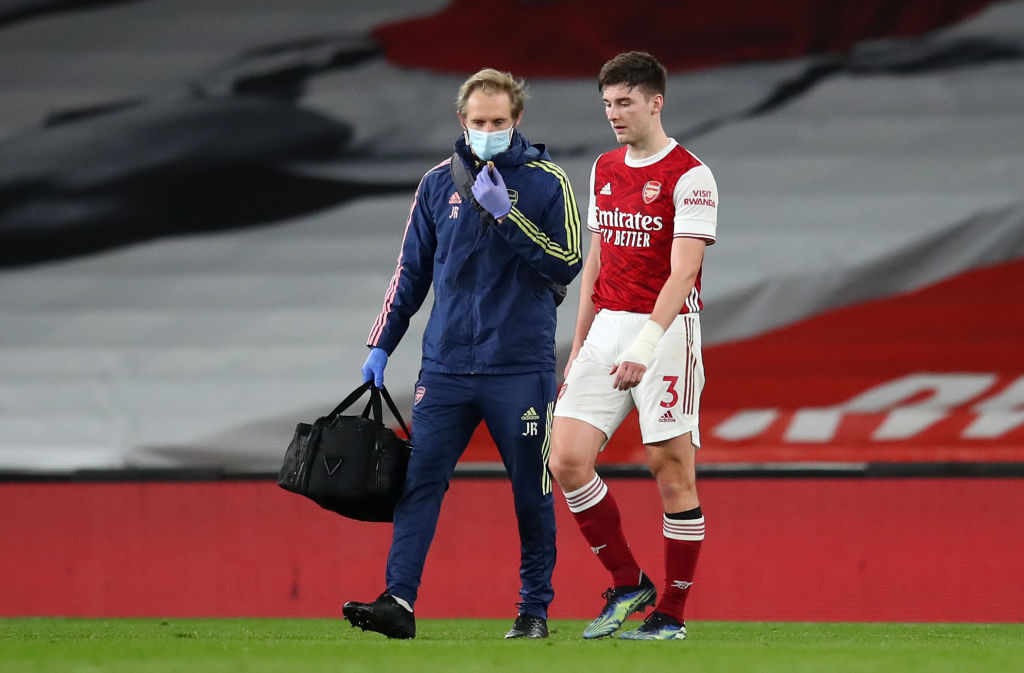 The Scot’s campaign looked to be over after he limped out of a 3-0 defeat against Liverpool at the start of April and the club believed he would required surgery to clear up a knee issue.

However, Arteta confirmed today that the former Celtic captain has been working like a ‘beast’ in the gym and is in with a shout of featuring against Villarreal on Thursday as he does not need surgery.

‘He didn’t need the surgery that we were afraid of,’ said Arteta.

‘He’s been working like a beast every single day. I don’t know if he’s going to make it tomorrow but he certainly wants to be as close as possible.’

Granit Xhaka has been filling in at left-back during Tierney’s absence but the Gunners have missed the Switzerland international in central midfield.

Arsenal take on Unai Emery’s Villarreal in the first leg of their Europa League semi-final on Thursday and the Gunners’ season rests on winning the competition.

A 1-0 defeat to Everton last Friday finished any slim chances of finishing in a European spot and the club need to win the Europa League to avoid missing out on the Champions League for a fourth consecutive year.