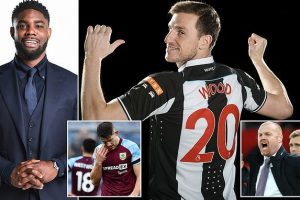 MICAH RICHARDS: Newcastle have significantly weakened Burnley by signing Chris Wood… this is more than a transfer – he could score the goal to send the Clarets down at the end of the season!

On the surface, it seems like it is just a transfer: Newcastle needed a striker, Chris Wood had a £25million release clause and Burnley had an obligation to sell.

The reality of this deal, though, is deeper and far more wide-reaching. This is so much more than a transfer. This is something that could dramatically alter the futures of two clubs. In Burnley’s case, it could even have an impact on the people they employ and the town where they are based.

People have questioned why Newcastle have paid so much money for a striker, who became the most expensive player aged 30 or over in Premier League history, and would have been out of contract in 18 months. I certainly didn’t — it is a good signing and he is perfect for them in so many ways. 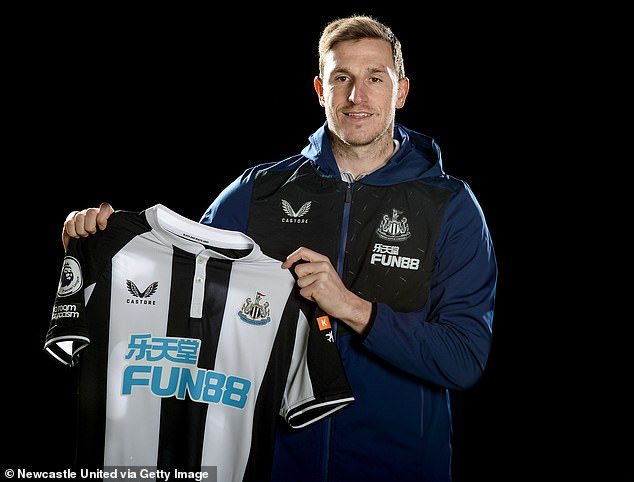 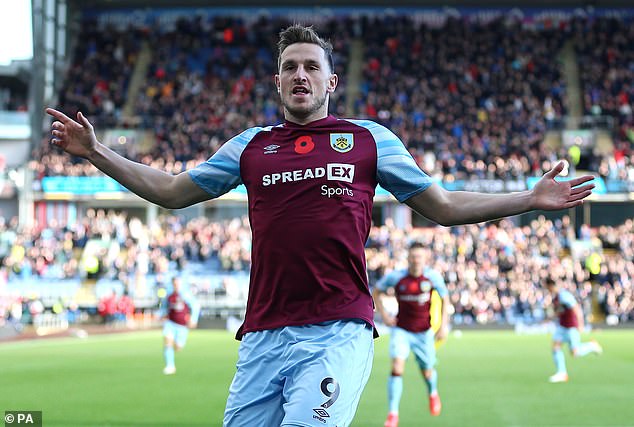 Short-term he will not need to adjust to the demands of the Premier League. He would not have been the first striker Newcastle fans wanted to sign under their new owners but, if the worst happens and they are relegated, he will be the perfect man to lead them out of the Championship.

I do not see a promotion campaign being on Newcastle’s radar next year, though.

Why? They have brought in one of the top nine performing forwards in the Premier League over the last four years. Do not take my word for it — just look at the numbers.

From 2017-18 to the end of last season, the only players to get double-figure goal tallies in every campaign were Mohamed Salah, Harry Kane, Jamie Vardy, Sadio Mane, Raheem Sterling, Alexandre Lacazette, Son Heung-min, Pierre-Emerick Aubameyang… and Chris Wood. 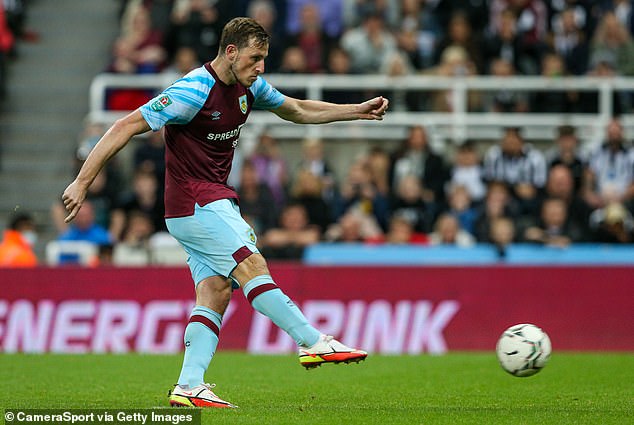 When you consider he is the only player in that group not to appear in the Champions League, it gives his consistency an extra polish. He has scored 49 times in 144 Premier League appearances for Burnley and has created another seven goals. He is a huge reason why Sean Dyche’s side have established themselves in the top flight.

So Newcastle have improved their squad with quality but, just as importantly, they have significantly weakened one of their rivals. I have no doubt that Dyche will be raging about what has happened, in the same way that Arsene Wenger was in the late 2000s and early 2010s.

Back then, Manchester City bought four Arsenal players in quick succession — Kolo Toure, Emmanuel Adebayor, Gael Clichy and Samir Nasri — and also tried to sign Robin van Persie. When you strengthen at the expense of the team you want to overtake, your task becomes that much easier.

Equally, I know what it is like when an important player is taken from your team. City suffered in the season after we won the title when Nigel de Jong and Mario Balotelli joined AC Milan. When big characters leave, you cannot fail to see the gaps that remain. 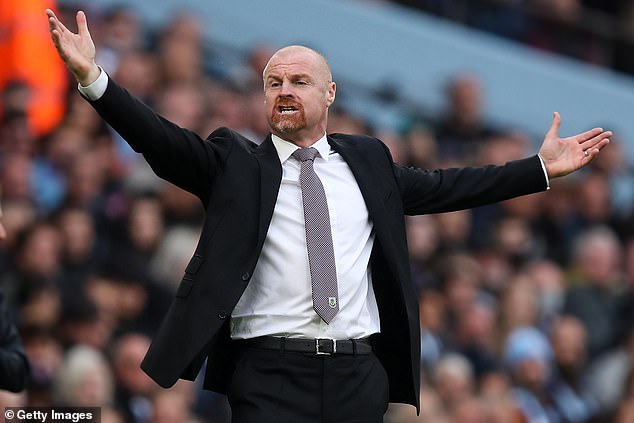 I can imagine how it will be in Burnley’s dressing room. They will be absolutely devastated to see their focal point go and wondering what chance they have been given. Dyche, who has done such an amazing job, will feel exactly the same. The fans will be similarly despondent.

It makes me wonder what the mood will be like at Turf Moor for the remainder of the season. I mean this in the best possible way, but it is a horrible place to play. Anything can happen to you if Burnley get their tails up.

Like those days when Stoke were in the Premier League, you knew what was coming your way — a direct style that would keep you hemmed in and a fight to get to the second balls — but stopping it was always easier said than done.

Burnley’s players are like machines, programmed to do exactly what Dyche demands. They are big and strong and aggressive and have been brilliant in providing a focal point for the local community but you do wonder what will happen if they cannot escape their current position. 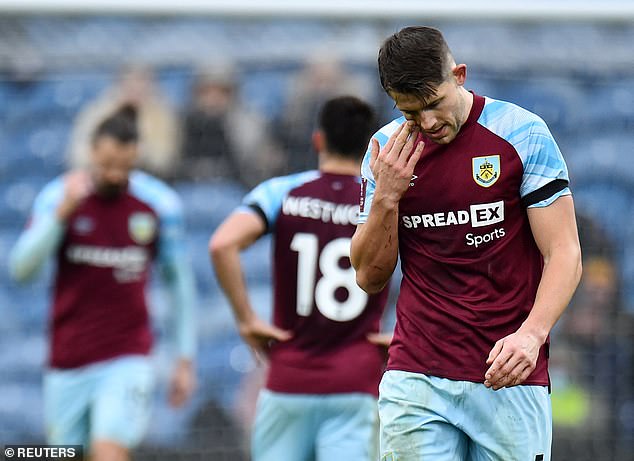 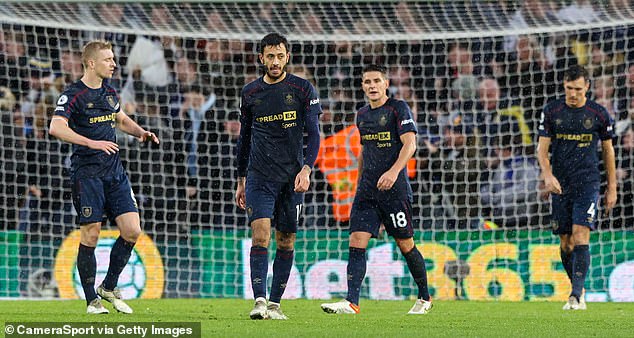 A talk that Kevin MacDonald gave to Aston Villa’s squad once has never left me: in the year we were going down, he spoke about the wide-ranging impact. Not on players but the wider club. The people who had mortgages to pay and knew their jobs would be under threat if we were relegated.

There will definitely be anxiety at Burnley now, as there is no guarantee they will bounce straight back to the Premier League. Newcastle, meanwhile, will feel the momentum is with them and can get out of the drop zone this afternoon by beating Watford.

Football has an uncanny way of delivering twists and, looking through fixtures for both clubs, my eye was drawn to the final day of the season when Newcastle face Burnley. Imagine if Wood scores the goal that keeps his new team up and sends his old club down.

That is why this is so much more than just a transfer.

MICAH’S MAN OF THE WEEK

I predicted on this page on New Year’s Day that Jarrod Bowen was a dark horse to make England’s World Cup squad and my confidence in him getting recognition from Gareth Southgate ahead of Qatar increases by the week. 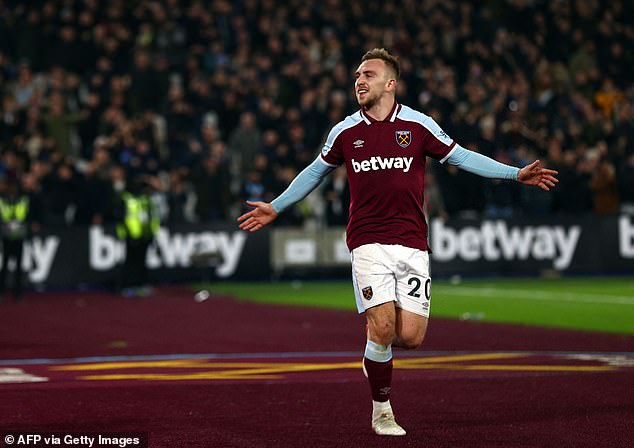 Bowen goes from strength to strength and his double against Norwich means he has eight goals and eight assists for the season.

He hasn’t necessarily had the recognition he deserves for his influence on West Ham’s progress but his importance for the team is huge. There is more to come.

ETIHAD DUEL WILL BE A CLASH OF STYLES

The game of the weekend takes place on Saturday lunchtime and I am fascinated to see how it unfolds.

We know how Manchester City and Chelsea are going to approach this clash at the Etihad Stadium; City will dominate possession, Chelsea will aim to cause problems on the counterattack. 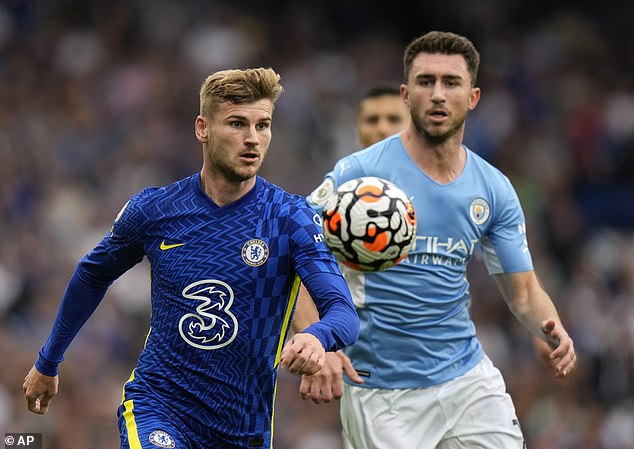 Every time I have a doubt about Chelsea, they come back with a compelling answer and once again we saw the depth of their squad at Tottenham on Wednesday, when they progressed to the Carabao Cup final.

City were brilliant in the reverse fixture but they are going to need to be just as good now.

The Premier League is of course missing several stars at the moment who are playing in the Africa Cup Of Nations and I’ve been trying to catch as much of the action as possible.

The hosts Cameroon have started very well with two wins from two and have shown they are a side that can score goals, which have largely been at a premium in the tournament so far.

I’m really looking forward to watching more of the tournament as it develops.