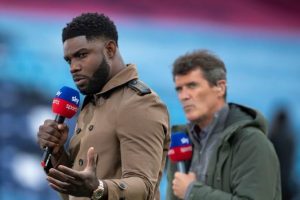 Former Manchester City defender Micah Richards has lifted the lid on how he managed to gain the respect of Manchester United legend Roy Keane when the pair started working together as match-day pundits for Sky Sports. A popular on-screen bromance has blossomed between Richards and Keane this season, with their light-hearted and often humorous exchanges entertaining Premier League fans on a regular basis.

Both men have strict allegiances to their former clubs, with Richards an ambassador for City while Keane never fails to hide his passionate support of United.

Despite their differences, an unlikely friendship appears to have been formed between the pair since establishing themselves as regulars on Sky Sports’ coverage of Premier League matches.

Richards has admitted that while he was initially unsure about what to expect from Keane, he has thoroughly enjoyed the banter with the former Red Devils skipper since earning his respect during a debate last year.

The ex-England defender claimed that he had ‘burst onto the scene’ as a young defender ahead of United’s 2-0 win over City twelve months ago, a suggestion that was promptly challenged by Keane.

However, Richards believes that his clap-back helped to win over the Irishman, laying the foundations for their compatibility in front of the camera.

JUST IN: Gareth Southgate may have new undroppable after England beat Albania 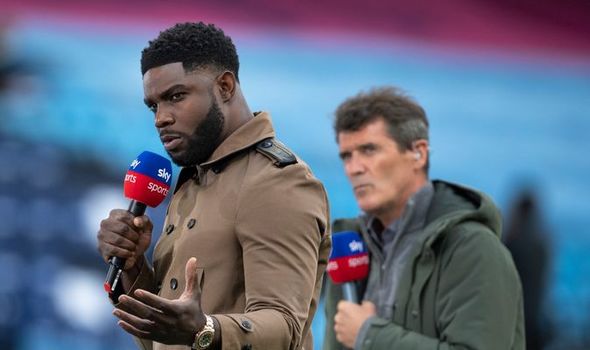 “Roy’s a legend of the game and when I’m initially going to work with someone I don’t get nervous,” Richards told the Match of the Day: Top 10 podcast.

“I never get nervous but you’ve got respect for people and that’s the way it should be. I’ve seen his clips and he used to destroy people left, right and centre.

“I said, ‘hold on, hold on, I’m the youngest ever defender for England, won the Premier League and won the FA Cup’ and at that moment he was like, ‘OK’ – I earned a little bit of his respect. 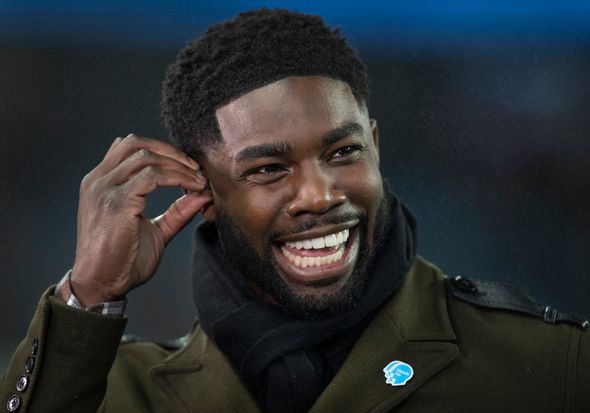 “After that I just loved working with him because I can never compete with Roy Keane as a player, or his medals, but I can make him feel uncomfortable on camera, and that’s my strength.”

Richards has emerged as one of football’s most exciting new pundits since calling time on his playing career two years ago, with his infectious energy and enthusiasm lighting up screens across the country.

The 32-year-old recently found himself at the centre of a heated debate between Keane and fellow Sky Sports analyst Jamie Redknapp, who disagreed with the United legend’s claim that Harry Kane and Son Heung-min are the only top-class players currently within Tottenham’s ranks.

Richards claimed that Keane’s anger was the result of an enforced disruption to his pre-match routine, with his arrival at the Tottenham Hotspur Stadium delayed by traffic. 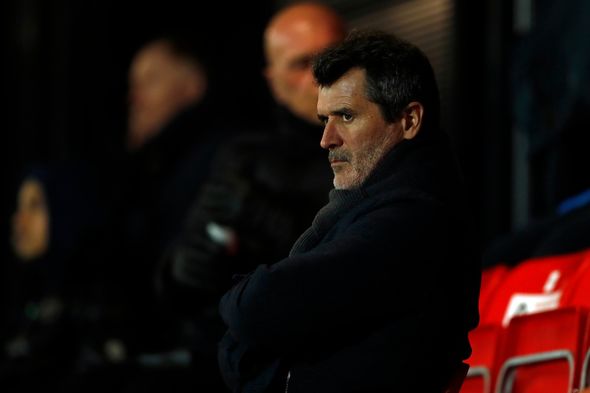 “He was driving down to London, but he was late,” explained Richards.

“He normally gets there an hour or an hour and a half before, but he was stuck in traffic and he got there 20 minutes before going on air and you could see his hair was all ruffled, along with his suit.

“Jamie just got his anger because he was an hour later than he was supposed to be and he got the wrath!”