Lionel Messi toasted Luis Suarez’s hat-trick as the Barcelona duo celebrated the 5-1 Clasico thumping of Real Madrid with a couple of glasses of wine.

Messi, who watched on from the stands at the Nou Camp due to his broken arm, posted a picture with his Uruguayan team-mate on Instagram.

The injured forward wrote: ‘Celebrating the triumph and the 3 impressive goals!!! Congratulations to all.’ 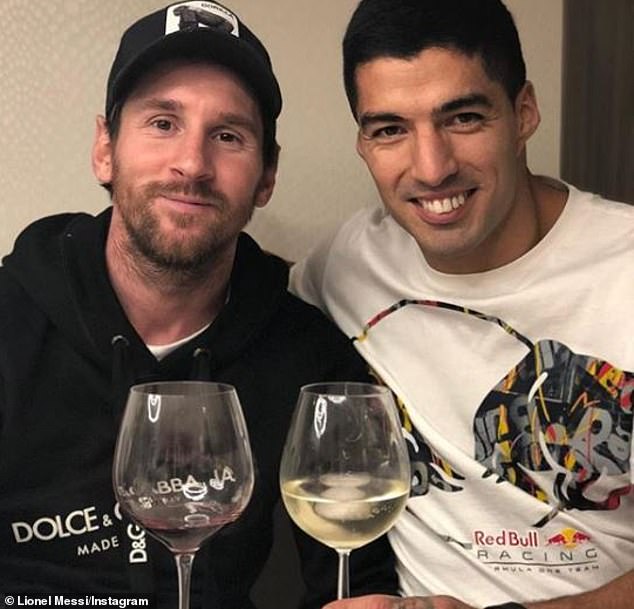 Messi also shared two images of the Barcelona team celebrating on the pitch against their fierce rivals.

Despite their talisman’s absence, Ernesto Valverde’s side delivered a superb performance, and Suarez, who wore a broad grin in Messi’s photo, stepped up to fill the Argentine’s boots.

He also shared his success with his 30million Instagram followers, posting a picture holding three fingers up with the match ball in his other hand.

And Ivan Rakitic joined the congratulatory love-in with a snap alongside the hat-trick hero. 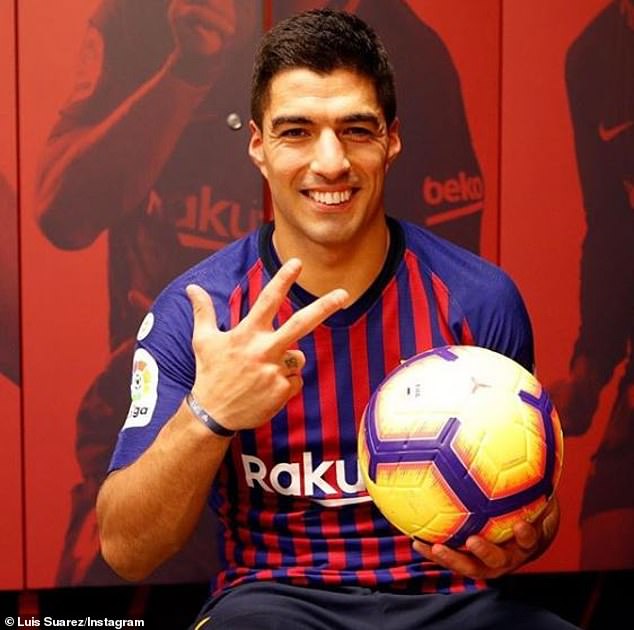 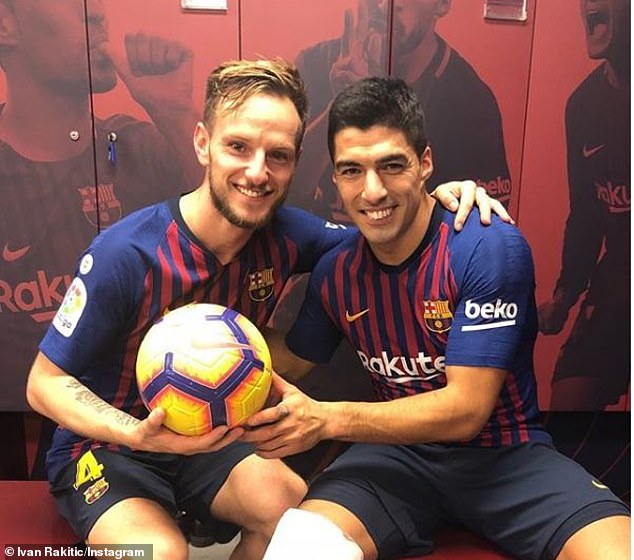 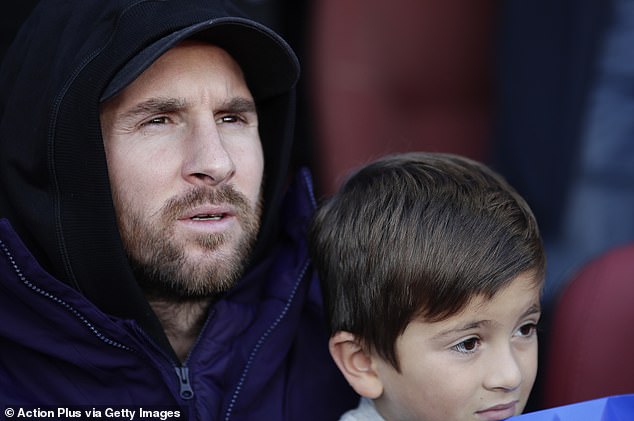 Suarez made it nine goals in 11 Clasicos to put Real boss Julen Lopetegui on the brink of the sack.

He also celebrated the birth of his third child during the game, lifting up his shirt to display a custom-made tee, revealing a ‘Welcome Lautaro’ message.

The 31-year-old ran to the side of the pitch to high five his two elder children after he netted his second.

After his performance in Messi’s absence he said: ‘It’s better to have the best player in the world on the pitch but we should be very proud that we achieved this without him there.’

Messi fractured a bone in his right arm during Barcelona’s 4-2 win against Sevilla on October 20 and is expected to be out of action for three weeks in total. 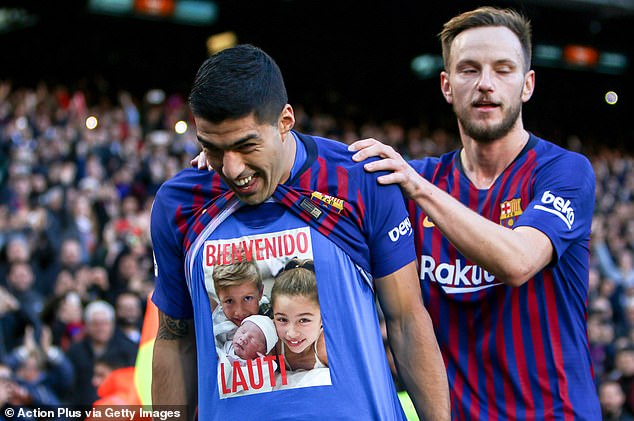