Real Madrid are still causing Paris Saint-Germain concern when it comes to Kylian Mbappe, after it was revealed the striker was benched for the clash with Marseille after watching El Clasico.

The 19-year-old and team-mate Adrien Rabiot were both disciplined by boss Thomas Tuchel after the pair turned up 25 minutes late for a team meeting after catching the first half of Barcelona’s 5-1 win over their rivals.

Neither Mbappe nor Rabiot started the game, as pictures showed the World Cup winner cutting a glum figure on the bench. 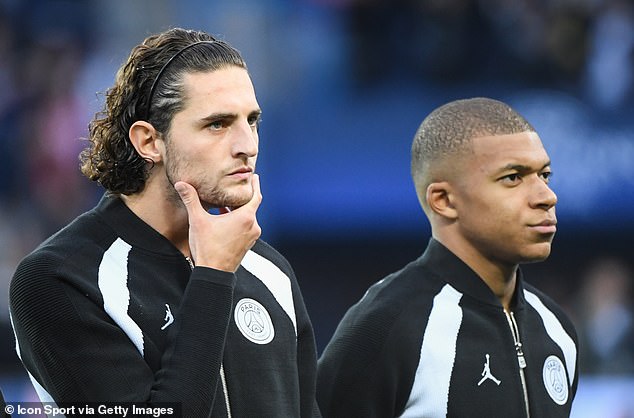 His sullen attitude on the pitch during the warm up was picked up on by goalkeeper Gianluigi Buffon, who took a moment to deliver a quiet word to the former Monaco striker on his behaviour.

There was no disagreeing with the decision to take the duo out of the starting line up, with team-mate Neymar backing his manager’s decision.

On the incident, he said: ‘This is between them and the coach. Yes, they have to respect the schedules, and they ended up failing in that part.

‘They know, they are great players, important to our team, and we end up suffering because of it. But this is an inner thing.’ 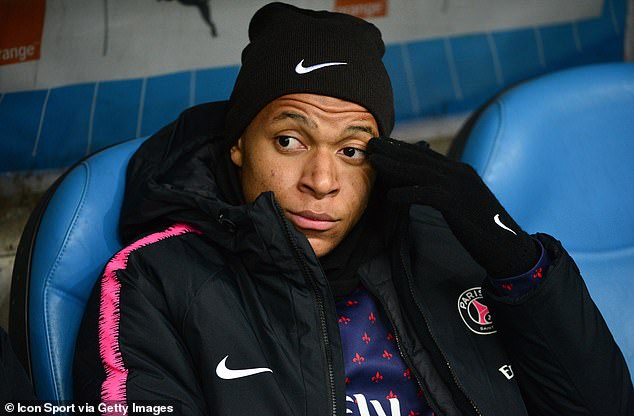 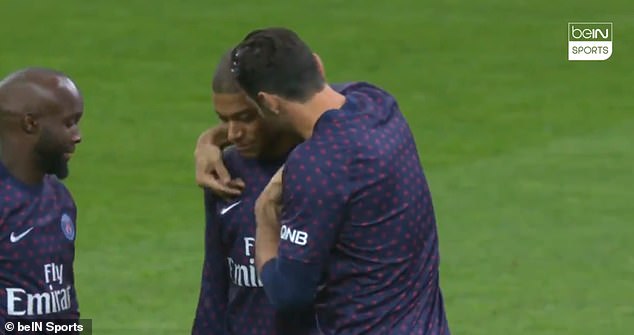 Mbappe made up for his misdemeanour by coming off the bench and putting his side in front, before linking up with the Brazilian to help lay on the second goal for Germany international Julian Draxler.

And Mbappe was clearly buoyed by his own impact off the bench, stating that he can take up the mantle of PSG’s leading star.

‘A great team relies on its leaders and they have to make a difference at key moments. I think I can take on that role and I did,’ he told reporters after the game.

To be fair to the teenager, he is living up to his £166million fee, paid by PSG this summer to make his move from the south of France permanent.

No player in Europe has scored as many as Mbappe, who became the first to reach 10 goals in Europe’s top five leagues this season with his strike at the Stade Veledrome. 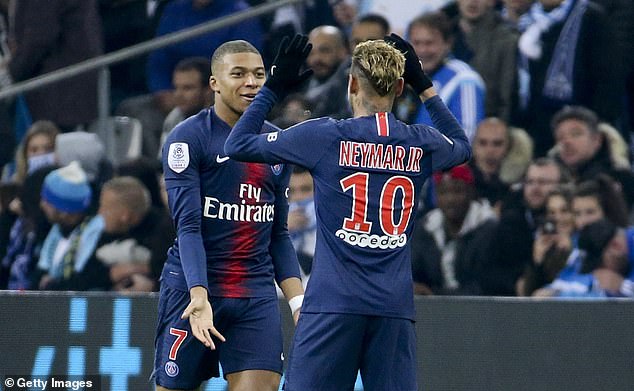