Mbappe told Pochettino he would get second win over Barcelona 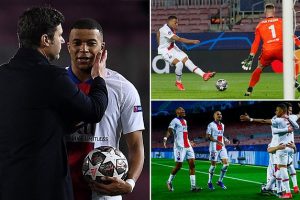 Mauricio Pochettino has revealed that Kylian Mbappe told him Paris Saint-Germain would beat Barcelona prior to their emphatic 4-1 win on Tuesday night.

The 22-year-old striker was the star of the show, netting a sensational hat-trick as the French giants came from a goal down to secure an impressive win at the Nou Camp.

PSG manager Pochettino had only beaten Barcelona once in his managerial career prior to the Champions League last-16 tie but Mbappe told him that we would get his second victory on Tuesday. 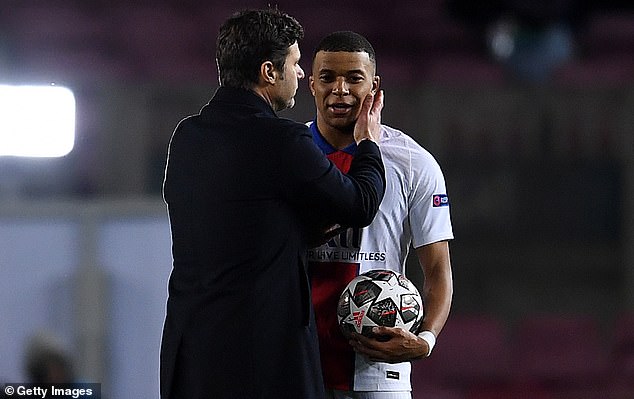 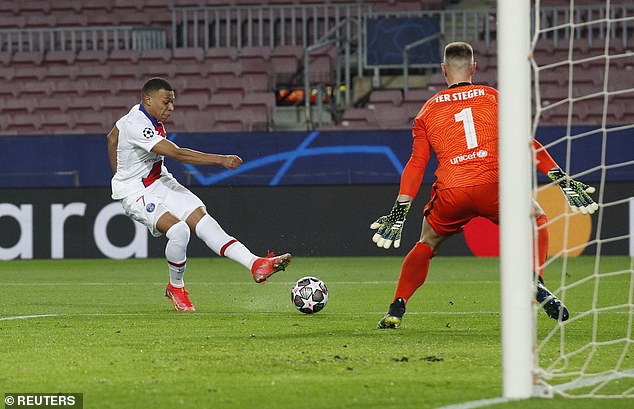 ‘He was quiet before the game,’ Pochettino said in his post-match press conference.

‘He asked me how many times I had won at Camp Nou? Once I answered him with Espanyol.

‘He told me that we were going to win a second time. And at the end of the match, he said to me: “Here it is, it’s a second victory.”‘ 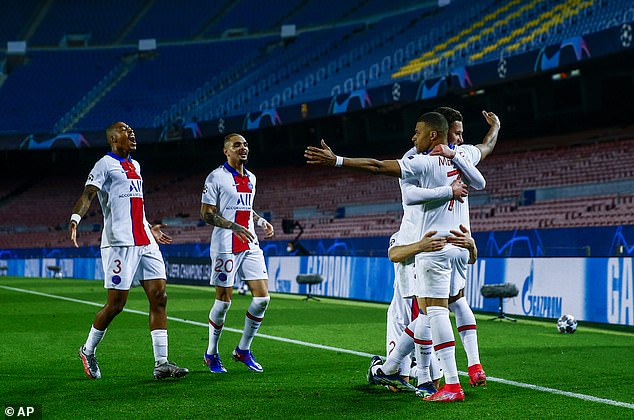 PSG fell behind to a Lionel Messi penalty in the 27th minute but they were level just 5 minutes later as Mbappe notched his first of the night. In the second half the French striker scored either side of Moise Kean’s third as the Ligue 1 giants took complete control of the tie with the second leg to come on March 10.

Despite hitting four goals away from home, former Tottenham boss Pochettino warned rivals that his side ‘can do better’.

‘I don’t think there is perfection,’ he added. ‘We are all striving for perfection, we are improving but there are things we can do better. 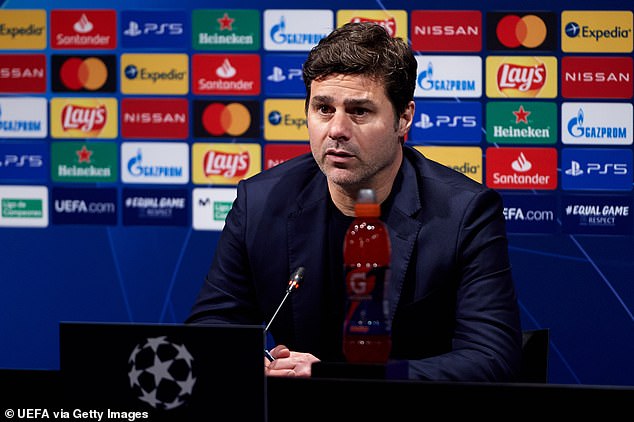 Despite hitting four goals away from home, Pochettino warned rivals that side ‘can do better’

‘There is still a lot of things to improve but I’m happy with my players. They had a really great game. Now we are going to focus on the Championship and we will have to play another very big game in three weeks on the return trip to qualify.’

Rio Ferdinand believes Mbappe is ‘out on his own’ and will ‘take over the throne’ from Lionel Messi and Cristiano Ronaldo as he is ‘standing alone’ from the rest of the best young players in the world.

And Pochettino praised the World Cup winner, he said: ‘There’s no doubt that Kylian is one of the best players in the world, despite his young age. He’s already done extraordinary things. But we have to stay humble.’ 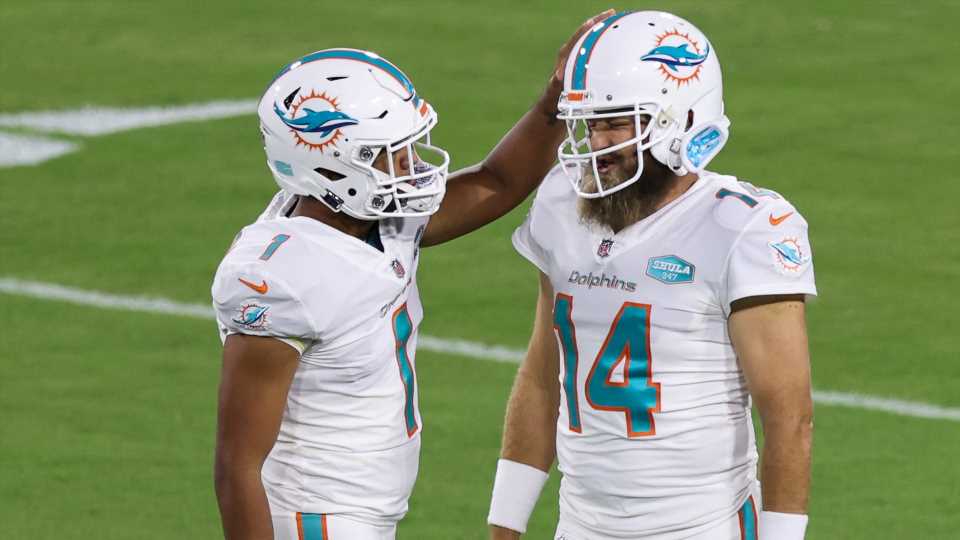 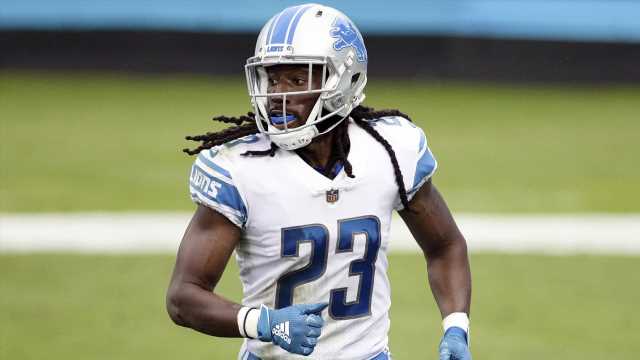 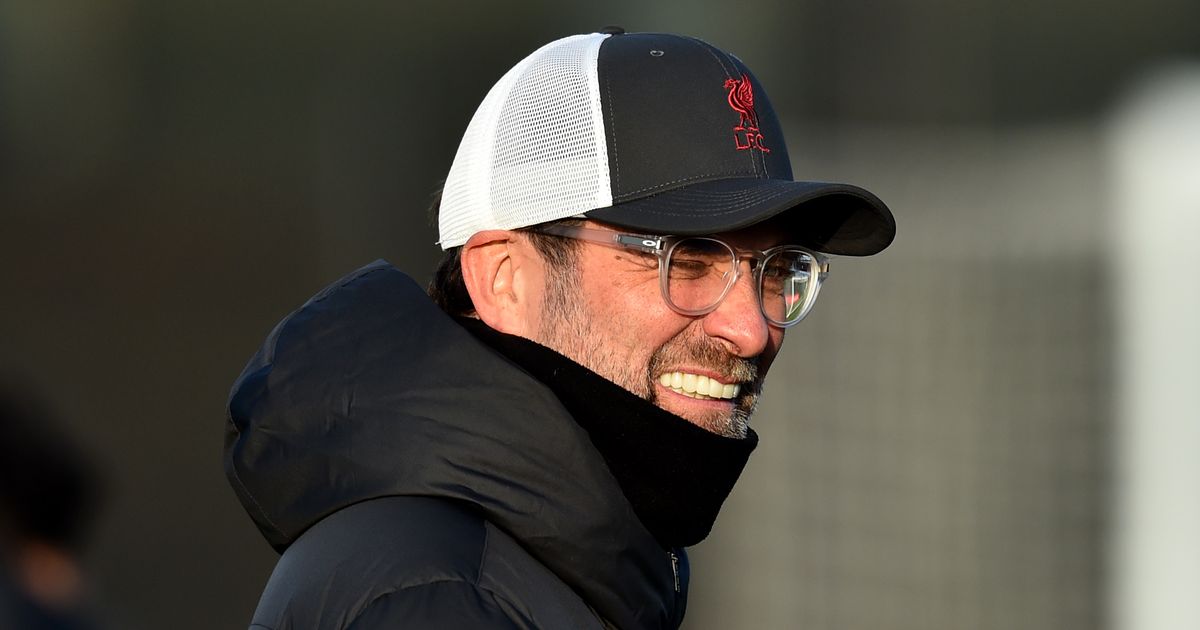 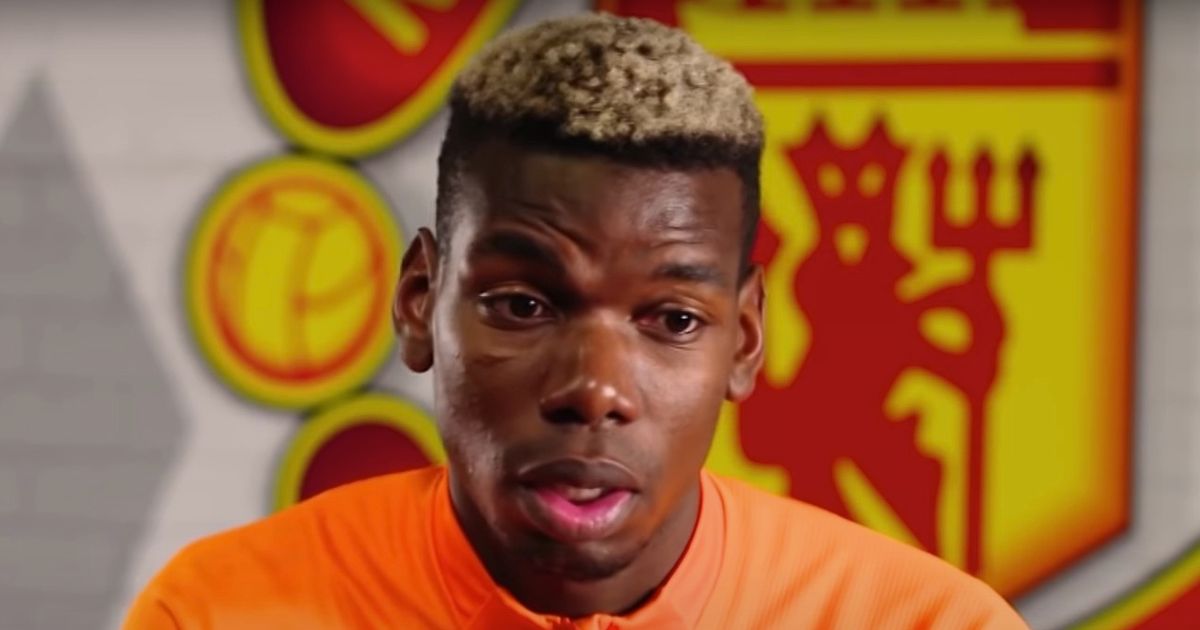