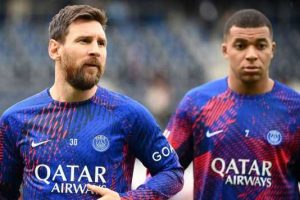 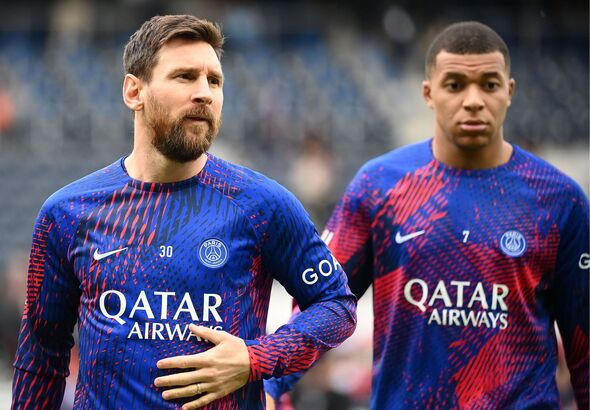 Mbappe’s huge contract is apparently ‘weighing heavily’ in the club’s accounts and they are reluctant to make big-money improvements in the transfer market. Messi’s future also hangs in the balance.

The World Cup winner’s agent is still due unpaid commission over Messi’s free transfer move to PSG in 2021. There are also clubs ‘whispering in the ear’ of the Argentine icon and his family, with David Beckham’s Inter Miami and clubs from Saudi Arabia interested in a switch.

Saudi officials want Messi alongside Cristiano Ronaldo in their Pro League. The 35-year-old does not believe there are many sporting merits to be making the move to the Middle East, although the Saudis can offer astronomical sums of money.

That is according to French publication Foot Mercato, who report that Mbappe’s new deal could be getting in the way of PSG attempting to keep Messi. The reigning French champions want to keep the former Barcelona star but the finances of a new contract and Messi’s options elsewhere could see him leave.

Messi’s contract with PSG lasts until the summer and while he had been rumoured to be keen on extending his stay, fresh reports suggest he has since U-turned on that stance. Spanish journalist Gerard Romero reported last week that Messi actually has ‘no intention’ of remaining in the French capital.

The seven-times Ballon d’Or winner has proved he can still compete in Europe with his vastly improved performances in his second season in France. Messi has scored 13 goals and provided 14 assists in just 21 matches across all competitions this season.

There were also his fantastic displays at the World Cup, which proved he remains able play at the very highest level. An emotional return to Barcelona continues to be mooted as a possibility, but MLS or the Saudi Pro League seem more likely.

PSG’s off-field problem has not yet impacted their performances this season. The Parisians are top of Ligue 1 and Mbappe and Messi have been in fine form.

Mbappe has bagged a remarkable 25 goals in just 24 matches across all competitions. Messi’s performances have been far better than his debut campaign.