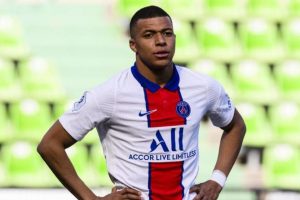 Liverpool could have an advantage in the race to sign Paris Saint-Germain star Kylian Mbappe this summer. Mbappe is set to be one of the most sought after players in the summer transfer window alongside Borussia Dortmund star Erling Haaland.

The 22-year-old forward is out of contract at PSG next summer and his future has been the subject of plenty of speculation in recent months.

Mbappe has scored a remarkable 35 goals in 40 appearances across all competitions this season for PSG and will surely command a huge transfer fee if he does move at the end of the season, with the French side’s owners reportedly wanting £180million to even consider selling.

Real Madrid are known to be admirers of the French striker, while Liverpool are also thought to be interested in securing his services.

Goal recently reported that Mbappe had begun house hunting in Madrid ahead of a potential switch to Spanish giants Real, but Los Blancos’ financial problems could be a stumbling block to such a blockbuster signing.

Liverpool reported a £46m loss in their most recent financial statement, with the coronavirus pandemic hitting the Reds’ bottom line, but they can offer Mbappe something their European competitors cannot.

JUST IN: Man Utd should have Erling Haaland belief due to Chelsea’s strikers 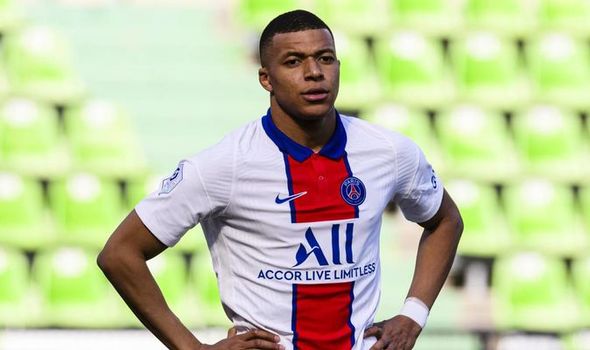 That is because, according to PSG manager Mauricio Pochettino, Mbappe is a keen student of every facet of England, its language and the Premier League.

“Kylian loves football, he loves to talk about football,” Pochettino told the Guardian.

“He asks about England – ‘How is the game, the mentality and the culture there?’ – and also Spain and Argentina. He will watch, every day, games from England, France, Italy, Germany.

“He’s only 22 but very mature, confident in his talent and open. He can speak French, of course, but also perfect English and Spanish.

“I speak in English and Spanish with him – more English than Spanish. I said to him the other day: ‘I need to practise my French with you, to improve,’ and he said: ‘Sure, but it’s better for me to talk in English.’ He loves to practise different languages.”

While the summer transfer window promises to be a crunch time for PSG, Mbappe and his team-mate Neymar, the club are currently focused on the Champions League.

PSG face Manchester City in the first leg of their Champions League semi-final at the Parc des Princes on Wednesday night.

Pochettino’s side overcame defending champions Bayern Munich on away goals after a 3-3 draw on aggregate in the quarter-finals and are looking to reach the final for the second year in succession.

PSG also face a battle for the Ligue 1 title, with Lille one point clear at the top of the table following their dramatic 3-2 win over Lyon on Saturday.

Pochettino, who joined the club in January after Thomas Tuchel’s exit to Chelsea, is aiming to win PSG’s fourth straight Ligue 1 title and their 10th overall.