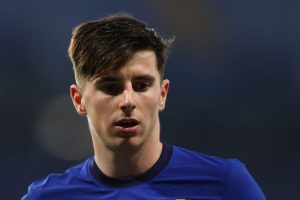 Chelsea continue to be linked with a move for West Ham ace Declan Rice – and eagle-eyed supporters have spotted his good friend Mason Mount endorsing the potential deal.

Yet after spending close to £250million in that same window, West Ham’s rumoured £80million asking price for their 21-year-old vice-captain proved too steep for Stamford Bridge officials.

It is believed the Blues remain interested in Rice, nevertheless, and could submit an offer either this month or in the summer.

And Mount, who is close friends with the England midfielder, has liked an edited picture on Instagram that shows his pal wearing a Chelsea shirt.

Blues fans were quick to highlight their academy graduate’s social-media activity and took to Reddit to explain why Rice would fit in perfectly at the club.

While a third commented: “Chemistry with the team wouldn’t be a problem, and he’s young like the core of the team. Would be nice to have when [N’Golo] Kante is getting older or if we wanted a double pivot. I doubt it’ll happen in January though for a reasonable fee.”

Rice is capable of operating both as a defensive midfielder and as a centre-back, which makes him an appealing option for Lampard.

He has made 128 appearances since emerging from West Ham’s youth ranks in 2017, scoring three goals and taking on the vice-captaincy in recent seasons.

The youngster, who was released by Chelsea at the age of 14, has also earned 13 caps for England.