Martin O’Neill and Roy Keane have agreed to stand down after five years in charge of Republic of Ireland.

Boss O’Neill was called into an emergency meeting with FAI chief executive John Delaney on Tuesday night, 24 hours after the goalless draw in Denmark saw their Nations League campaign end in relegation to the third tier.

And confirmation arrived on Wednesday morning that O’Neill and assistant Keane had parted company by mutual consent. 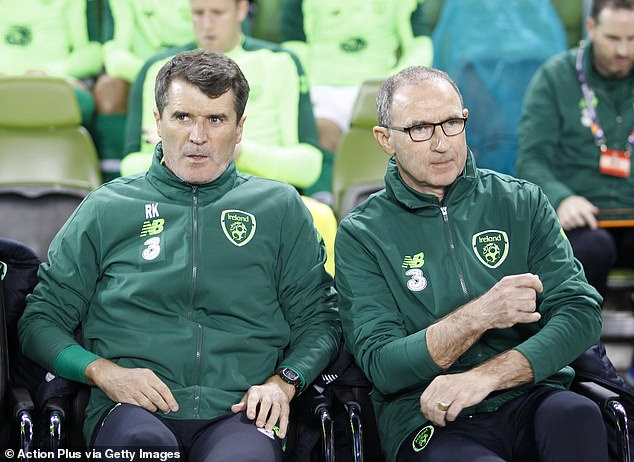 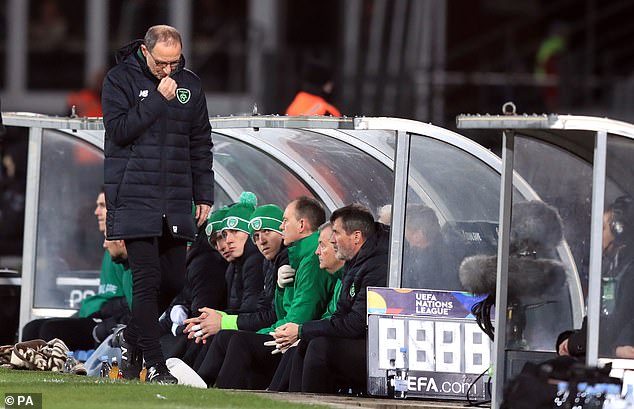 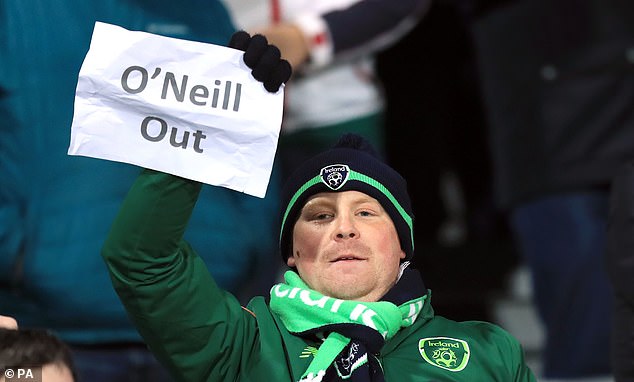 O’Neill had expected to hold talks with Delaney this week but anticipated being given the chance to take the team into qualifying for Euro 2020 in March.

However, Delaney and his FAI board had grown concerned at recent performances — they have won one in nine in 2018 — and a growing apathy towards the national side among supporters.

Only 31,000 turned up for last week’s stalemate with Northern Ireland at the Aviva Stadium and it is now six-and-a-half hours since they last scored.

There were also chants aimed at Delaney in Denmark from the travelling support and banners were confiscated before kick-off.

It is thought this has accelerated the decision to remove the management duo and their coaching staff, with former Ireland boss Mick McCarthy now favourite to take over.

McCarthy managed Ireland between 1996 and 2002 before resigning from the post just months after leading his side at the World Cup in Japan and South Korea.

Ireland made it out of their group at the 2002 World Cup but were knocked out by Spain on penalties during the last 16 stage. McCarthy had a high-profile spat with Roy Keane on the eve of the tournament which led to his captain being sent home.

Delaney said: ‘I would like to thank Martin, Roy, and the management team for the impact that they had with the Ireland team.

‘There have been many highlights during Martin’s reign – none more so than Euro 2016 in France, which will live long in the memory of all Irish supporters.

‘Martin did a great job guiding the team out of a difficult qualifying group — where we beat world champions Germany along the way — to reach Euro 2016 and advance to the last 16 following a historic victory over Italy in Lille.

‘I wish Martin, and the management team, the very best for the future.’

FAI president Donal Conway added: ‘On behalf of the FAI Board, I would like to thank Martin, Roy, and the management team for their work with the Republic of Ireland team over the last five years.

‘Martin ensured that we enjoyed some great nights in the Aviva Stadium and on the road in Lille, Vienna, and Cardiff, which were fantastic high points for Irish football.’ 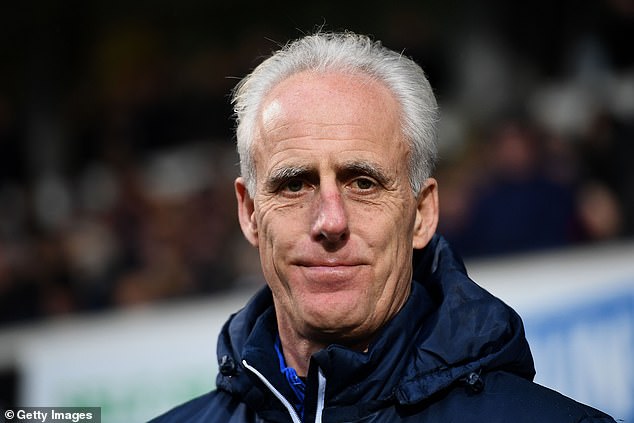 O’Neill saw his side win just one game this year which was a 2-1 victory in a home friendly against USA.

They lost friendlies against Turkey and France towards the beginning of gthe year before losing 4-1 in the Nations League against Wales.

Ireland drew with Denmark at home and away as well as losing at home to Wales in October.

They drew 0-0 with Northern Ireland last Thursday as their poor run in front of goal continued.

Keane was involved in a handful of high-profile bust ups during his time as assistant manager with Harry Arter and Jon Walters clashing with the former Manchester United midfielder.

Ireland’s now former No 2 hit out at both Arter and Walters for not training regularly due to minor injuries.

Keane recently made up with Arter while Walters, who is out injured with an achilles injury until April, was left out of recent squads when he was fully fit.

Ireland’s board will meet over the next few days to discuss their options following O’Neill’s departure.