Home » Soccer » MARTIN KEOWN: City were like a lion toying with its prey in derby win

MARTIN KEOWN: City were like a lion toying with its prey in derby win

Manchester City’s sensational 44-pass move for their third goal was like a lion toying with its prey.

This wasn’t passing without purpose. They saw Manchester United were the wounded animal and were orchestrating the perfect moment to go in for the kill.

Watch it back and you will see how City move the ball quickly at first then slowly. They glide around the pitch using all the space in United’s half. 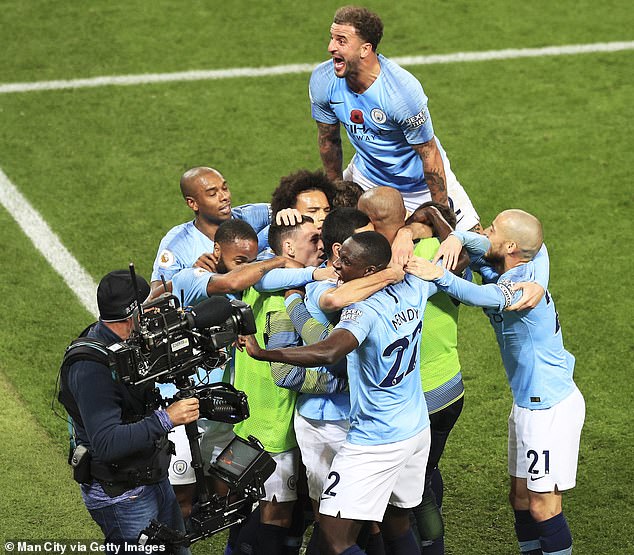 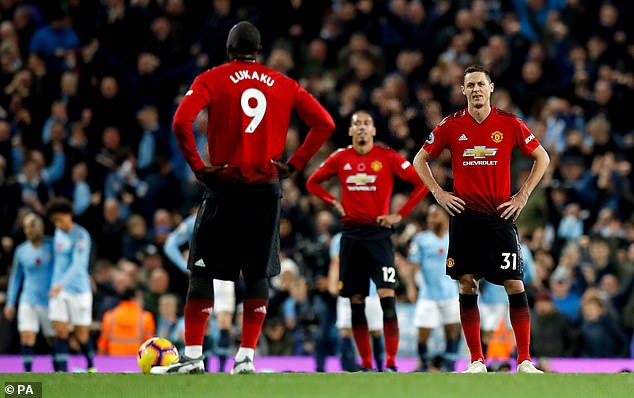 The move starts with a quick-fire flurry of passes: Mendy to Laporte, Laporte to Fernandinho, Fernandinho back to Laporte.

The exchange is met with a roar from the Etihad crowd. They like what they are seeing and are demanding more.

Seven passes in and the ball is out with Bernardo Silva on the right. He slips a beautiful ball in between Luke Shaw and Marouane Fellaini to send United scampering back into their defensive shape.

The crowd roars louder. They are witnessing total dominance and sensing that something special is happening. 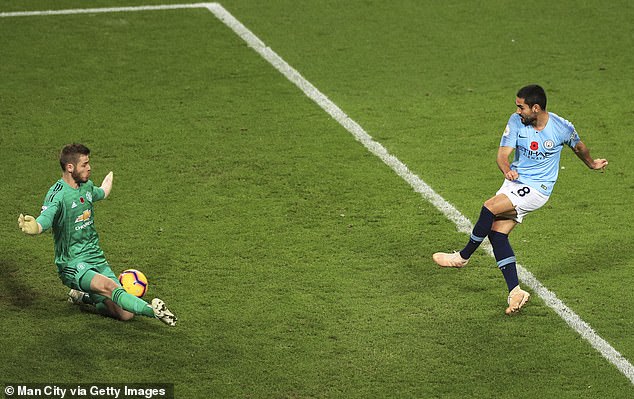 It does not matter that Ilkay Gundogan — the recipient of Bernardo’s pass — cannot fashion a goalscoring opportunity from this position. The longer City have the ball, the further they are making United run and are tiring them out.

By the time 28 passes have been completed, David Silva has the ball in the same position where City started the move.

If they cannot score after the carousel goes round once, they will have another go and another go until they can.

By now, every City outfield player has touched the ball. To a man, they have all demonstrated complete confidence in the plan. United know there is not a single opponent they can press. 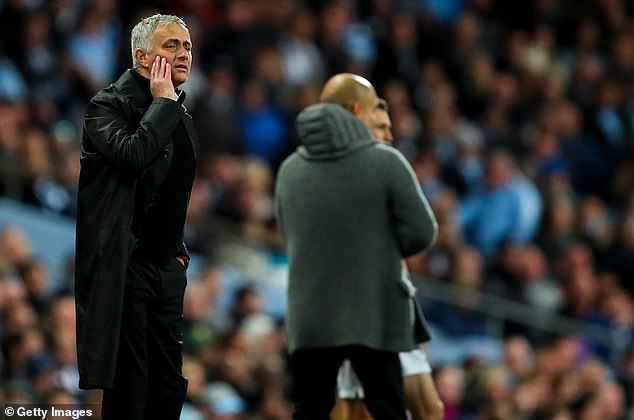 City’s players are brimming with confidence now. They are ready to land the knockout blow. Gundogan finds Sterling who pulls Chris Smalling out of position, opening up a gaping chasm at the heart of United’s defence.

As Sterling finds Bernardo on the edge of the box, Gundogan darts into the space his team-mate has created. Bernardo takes a touch and whips in a curling delivery that lands on a plate for Gundogan.

Such is the space he has been afforded that the midfielder has time to pass the ball into the net.

We are fortunate to be able to watch such mesmerising football in our league. Manchester United simply cannot compete. Who can?