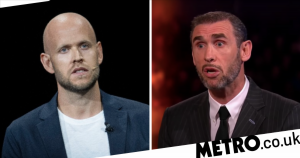 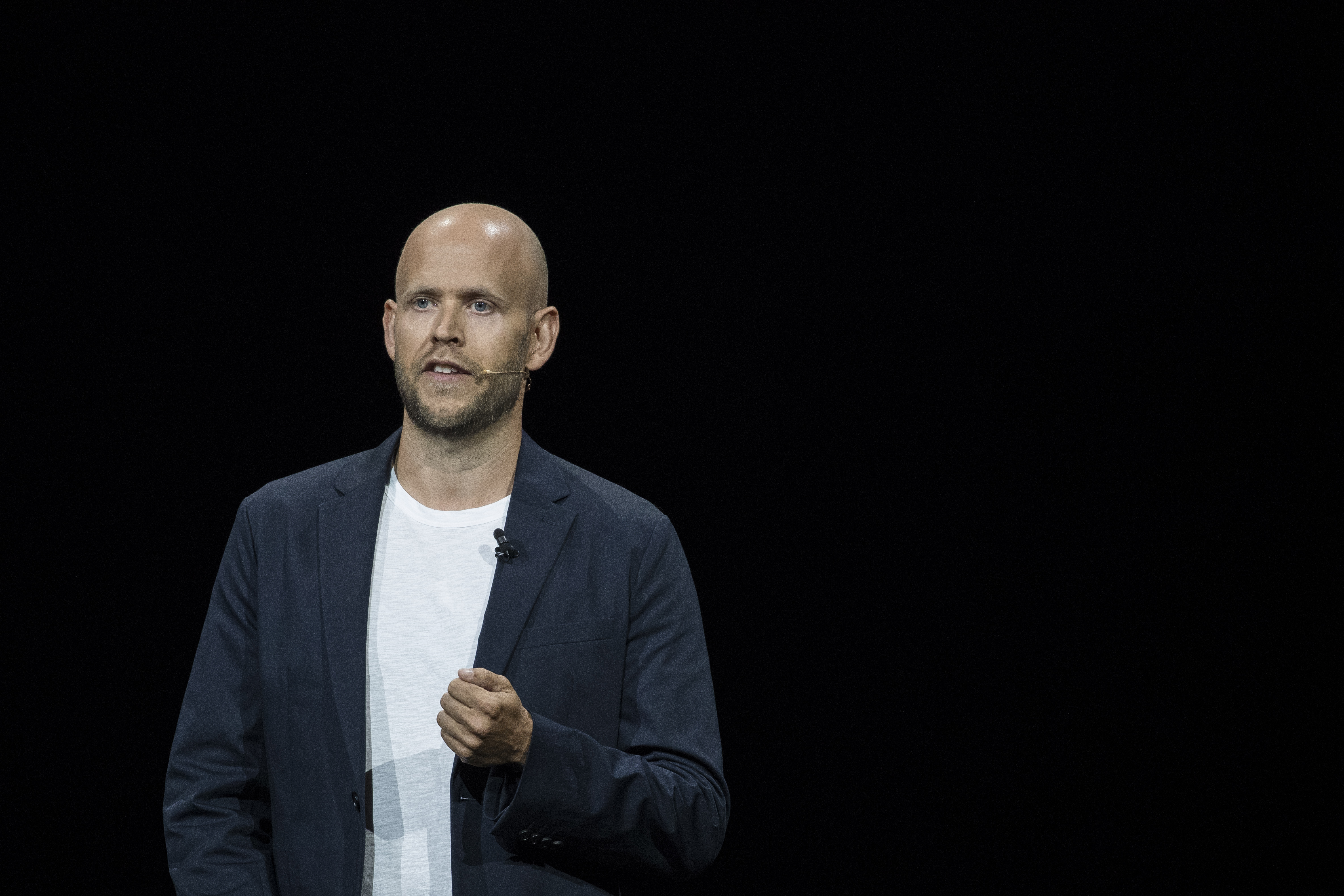 Stan Kroenke, the club’s majority shareholder, and his son, Josh, have faced widespread criticism for their involvement in the failed European Super League proposal which collapsed in the space of 48 hours earlier this month.

Thousands of fans gathered outside the Emirates last Friday calling for their American owners to leave amid a ferocious backlash and Spotify founder Ek – a lifelong Arsenal supporter worth £3.4billion – took to Twitter to express his interest in taking over the reins.

Ek is said to have been backed by legendary ex-Arsenal trio Thierry Henry, Dennis Bergkamp and Patrick Vieira in his attempts to buy the Gunners but the saga took a fresh twist on Tuesday as Kroenke Sports & Entertainment confirmed they had no plans to relinquish control.

Asked about Ek’s interest, former Arsenal manager told beIN SPORTS: ‘I would say I like the fact that former people of the club run the club and basically you have two examples in the football world, former players who run the club like at Bayern [Munich] or big investors that buy a club like Manchester City. You have all different kinds.

‘I personally, because I’m a football man, I like that the fact that the former Arsenal players take over and have advice.

‘For the project I believe I prefer personally the best deals are made when nobody knew about it and you come out and it’s done.

‘Once you announce things you have a mountain to climb after. Nobody wants to give in and it’s better always that you do your deal and then it’s done. You come out and then you take people you want.’

Wenger’s concerns about the way in which Ek announced his interest are shared by Keown, who discussed the proposed takeover bid on BT Sport ahead of Arsenal’s Europa League semi-final first leg with Villarreal.

‘Let’s see if it’s for real,’ the former Arsenal and England defender said.

‘I quite like Wenger’s stance on it that usually when a deal goes through we hear nothing until the last minute.

‘So let’s just hope it’s not publicity for him and for Spotify.

‘I do think he’s for real and the former players wouldn’t be getting involved if they didn’t think this really was an opportunity.

‘But let’s see what the current owners want to do.’

Keown believes the Kroenkes must move on unless they are prepared to invest more money in the club.

‘The Kroenkes have said they’re going to spend money and if they don’t then they need to step aside,’ he added.

‘They’re saying now that it’s a different situation that we’re in and money needs to be spent. And they have plenty of that.

‘They’ve shown that with what they have spent on shares, they’ve spent £1bn to buy the shares. The club is worth maybe £2-3bn, it’s a fantastic investment, so they are surely going to want to invest in that.

‘Whether we believe them, let’s see. Let’s see the colour of their money and if they’re not prepared to do that then step aside because we want to see success returning to the football club.’

Keown went on: ‘Put your money where your mouth is and secure the future of the football club.

‘It’s difficult times it has to be said but we need expenditure there.’