Marcus Rashford must target ’20 or 30 goals a season’: Bryan Robson

Manchester United forward Marcus Rashford needs to improve his finishing skills and target 20 to 30 goals per season whether he plays as a central striker or on the wing, according to former club captain Bryan Robson.

Rashford, who turned 21 on Wednesday, has scored just once in seven Premier League appearances and failed to shine in last weekend’s 2-1 win over Everton when deployed in a central role.

Robson is pleased with the improvement in Rashford’s strength and stamina but said the England international has to do more to take the next step in his development. 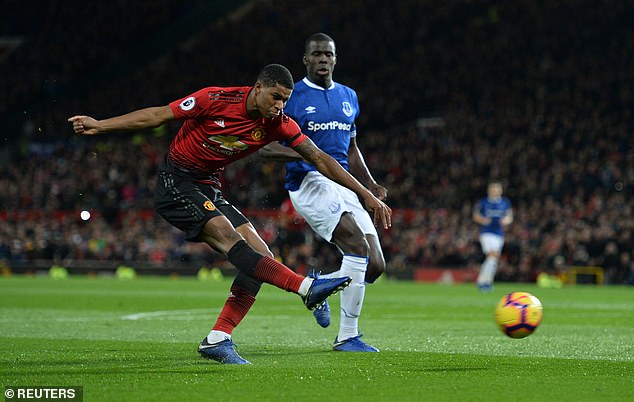 ‘The only thing I’d like to see is his finishing being that little bit better, where we get Marcus up to 20 or 30 goals in a season, whether he’s playing out wide or through the middle,’ Robson, who spent 13 years at United, told the club website.

‘He’s adapted well, because he has been playing wide as a player for quite some time now.

‘But it educates you as a player and Marcus is going the right way to be a top-class player for Manchester United over the years ahead.’