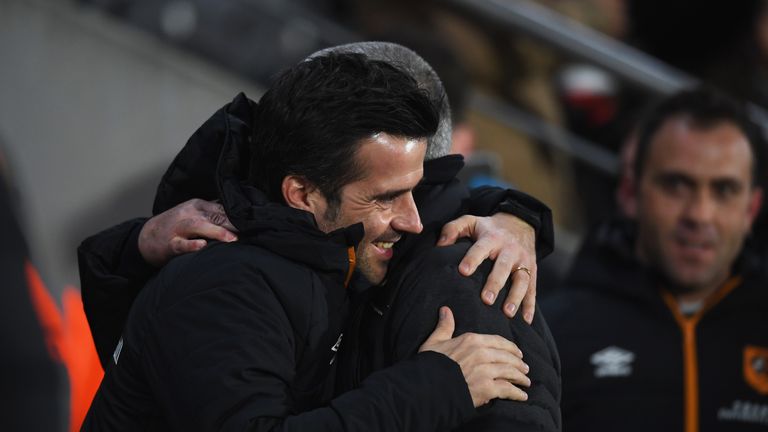 Everton manager Marco Silva says Jose Mourinho is a winner and will succeed with Manchester United.

The two Portuguese bosses meet on Super Sunday with Everton travelling to United on the back of three consecutive Premier League victories.

The Toffees are a point ahead of United who are 10th in the table ahead of the weekend fixtures.

But Silva has noted their comeback against Newcastle and the performance which led to a 2-2 draw at Chelsea.

Speaking to Sky Sports News at an Everton Community day, Silva said: “They showed in both games how strong they can be. They didn’t start well against Newcastle but they reacted in the second half and they did the same against Chelsea.

“When they are in a good moment they are a really strong team. Of course we want to block them, we want to challenge them as well. We respect them as a team. They will do the same with us and we want to compete with them.

“Jose did a fantastic job in Portugal and at Chelsea, Inter Milan and Real Madrid and everything he won. Mourinho has won in every country he has worked in so far.”

Everton are buoyed by consecutive league wins over Crystal Palace, Leicester and Fulham ahead of their trip to Old Trafford and Silva says confidence is rising all the time. 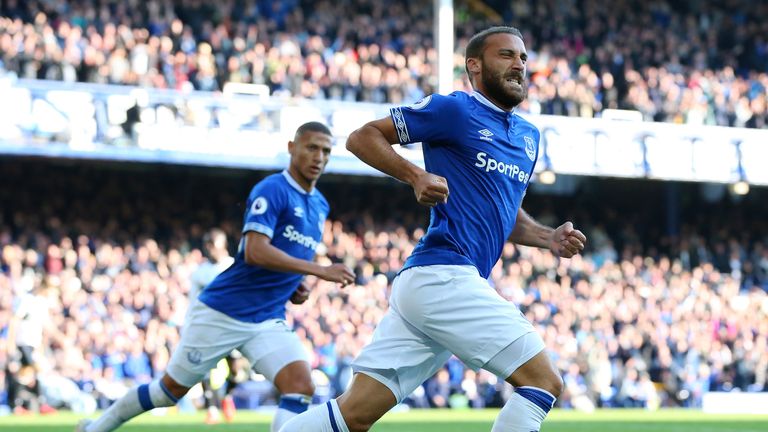 “We have a lot of work to do, good things to achieve but we have to keep working hard every day,” he added.

“To achieve in the Premier League is really hard but if we keeping working like we are then the future will be good.

“It is important that we support what we have been doing from the first day with good results.

“The wins will give our players what they need, confidence and a connection with our fans which is important.

“They [the supporters] know what we have been doing since the first day. We knew the good results would come for sure, now we are achieving that but it is just three wins.”

“For us the moment has passed and we have to prepare well for the next game.”