Freiburg striker Lucas Hoeler struck late for a 1-1 draw at Bayern Munich on Saturday, damaging the defending champion’s bid to keep the pressure on Borussia Dortmund ahead of their encounter next weekend.

Dortmund held on for a 1-0 win at Wolfsburg and will lead by four points before Bayern’s visit on Saturday.

Bayern dominated possession against Freiburg but found it hard to create chances against the visitors’ well-organized defense, frustrating some home fans who whistled their team at the break. 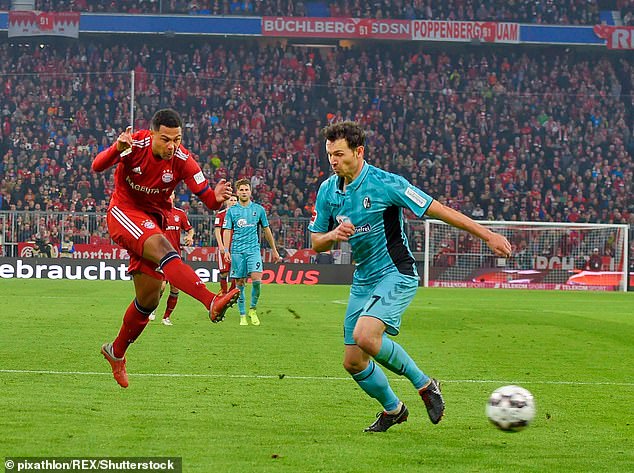 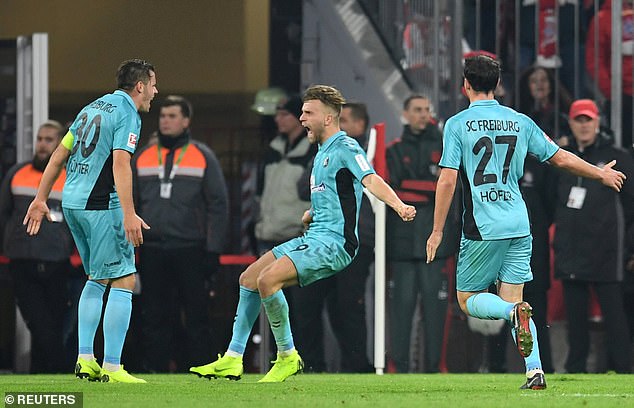 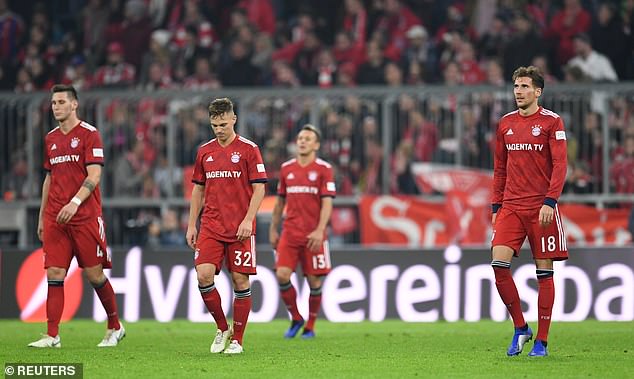 Freiburg had a goal ruled out for offside early in the second half.

Bayern claimed a penalty for an apparent hand ball by Freiburg defender Manuel Gulde but referee Felix Zwayer gave a corner instead after consulting video replays. Franck Ribery had an arguably better penalty appeal waved away.

Germany striker Serge Gnabry finally broke the deadlock with 10 minutes remaining, beating Alexander Schwolow at his near post to set off celebrations among Bayern’s coaching staff.

They were cut short, however, when Christian Guenter crossed for Hoeler to score in the 89th minute.

Lucien Favre, now the first Dortmund coach to stay unbeaten after 15 competitive games, made nine changes from the team that beat Union Berlin 3-2 in the German Cup on Wednesday, with Paco Alcacer coming in for a rare start. 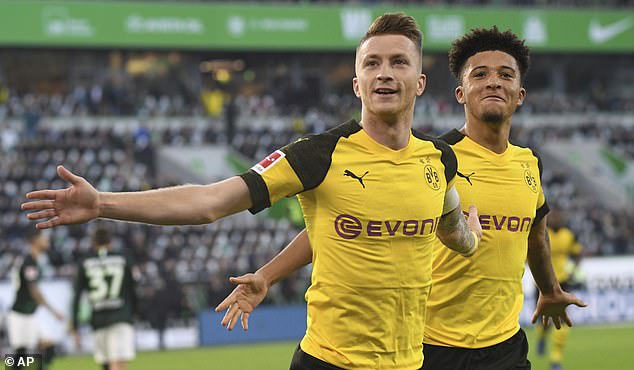 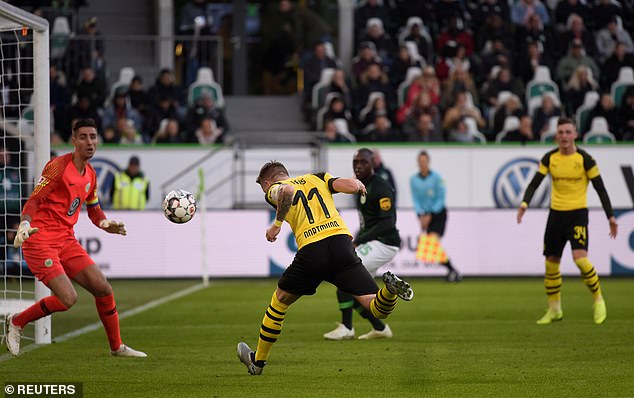 The Spain striker, who had seven goals in four league appearances, failed to score for the first time in his sixth game for Dortmund.

Reus, who scored with a late penalty for the win over Union, was again the hero, heading home from close range after Thomas Delaney failed to direct his header on target.

Schalke meanwhile was testing its fans’ patience with only one goal in four league games and nerves were strained before the game against fellow struggler Hannover. 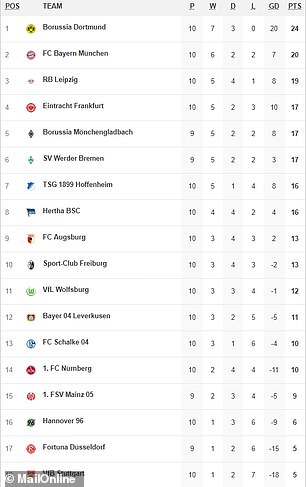 The current standings in the Bundesliga

Mark Uth, yet to score for the team since his summer transfer from Hoffenheim, thought he’d finally gotten off the mark but his well-taken first-half goal was ruled out for offside.

Uth thought he had a penalty but video replays showed there was no foul.

However, Uth was awarded a spot kick in the second half after falling under minimal contact from Hannover goalkeeper Philipp Tschauner. This time, referee Markus Schmidt didn’t check the video and Nabil Bentaleb converted the penalty.

Hendrik Weydandt equalized with 20 minutes remaining but Breel Embolo replied straight away for Schalke and Uth finally scored late to seal the 3-1 win.

Reiss Nelson scored again as Hoffenheim crushed Bayer Leverkusen 4-1 away to climb to sixth on 16, while Schalke 04 earned their first win in three matches with a 3-1 triumph over Hanover 96 to put more distance between the 13th placed Royal Blues and the relegation zone. 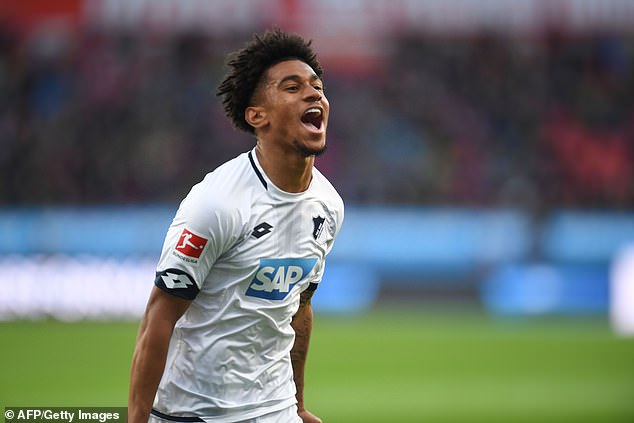 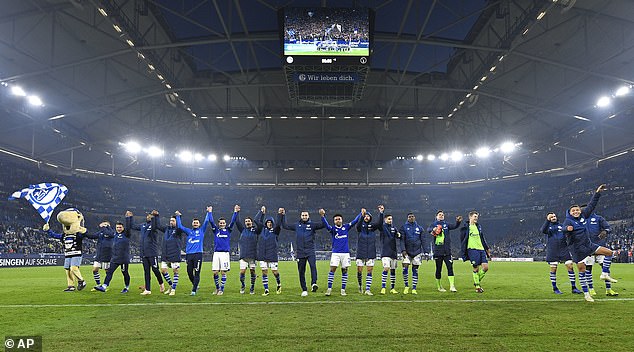