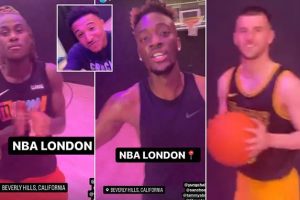 From stepovers to crossovers! Man United star Jadon Sancho shows off his basketball handles before sinking a three-pointer as England footballers including Mason Mount and Tammy Abraham hoop on holiday in California

England football stars have been making the most of the summer break by getting together to play basketball on holiday.

The group have all been posting on Instagram to show off a friendly basketball match they played at an indoor court. 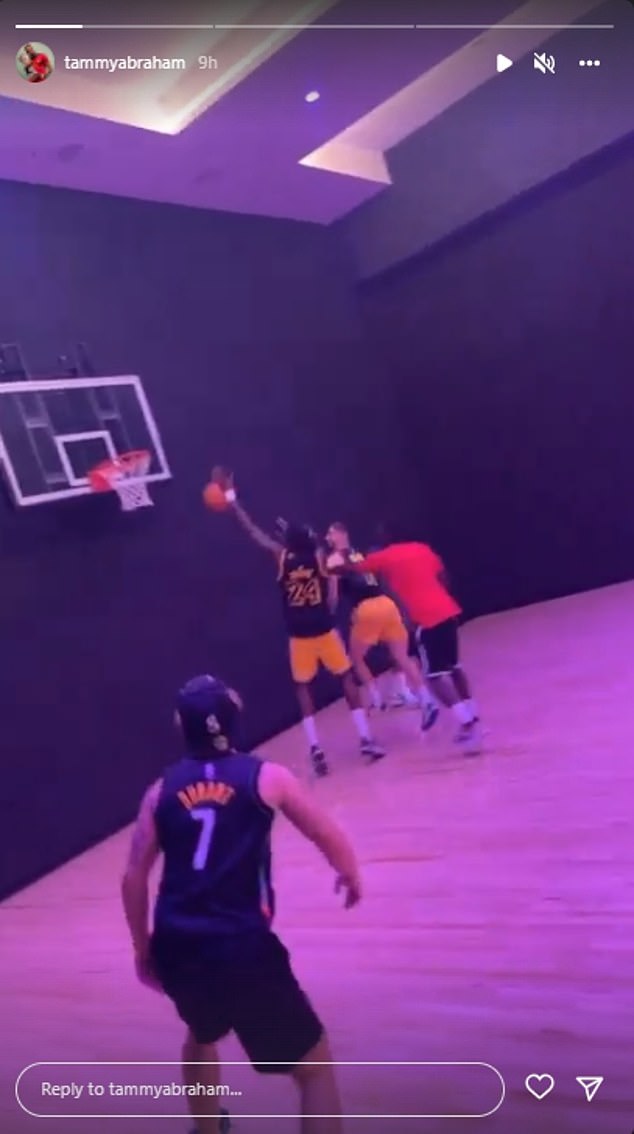 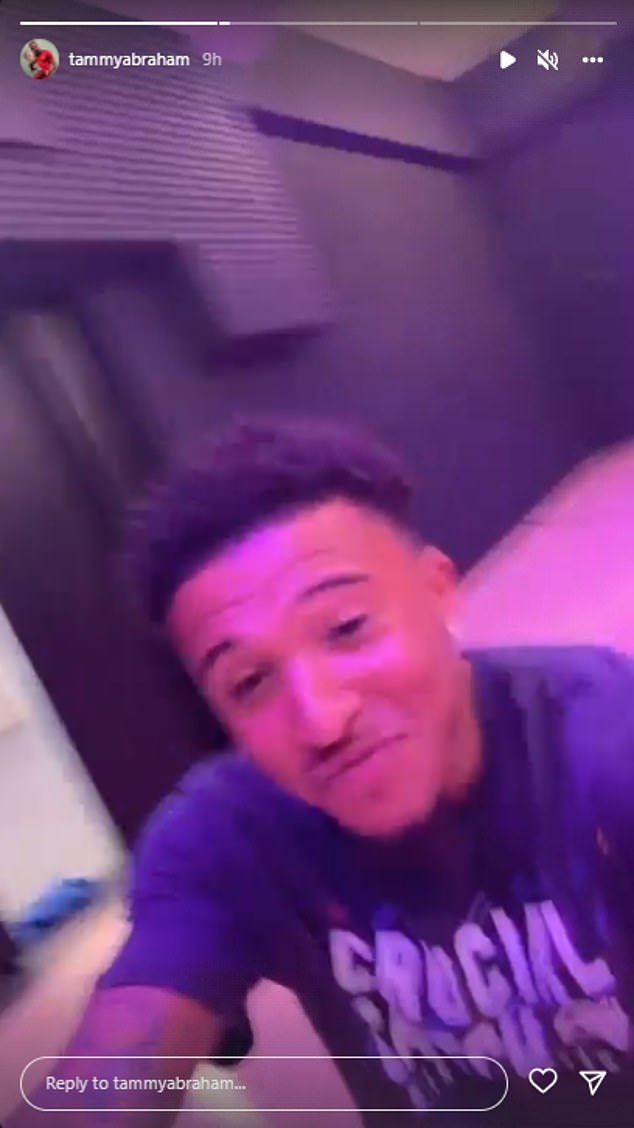 In Roma striker Abraham’s story he captures Chelsea midfielder Mount going close on an individual break before Manchester United star Sancho showed off his basketball handles and then sunk a three-pointer going back the other way.

The 22-year-old, who has missed out of the last two England squad’s, celebrated his achievement by running towards the camera to celebrate with the striker.

Sancho has previously been seen working on his fitness on his holiday in America to prepare after enduring a miserable campaign. 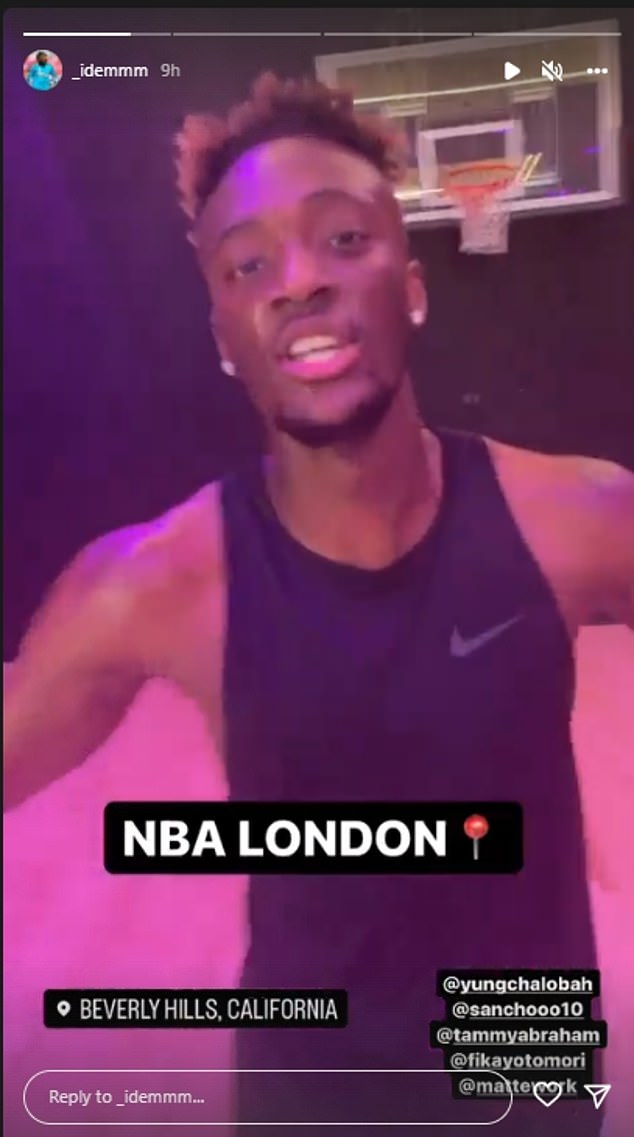 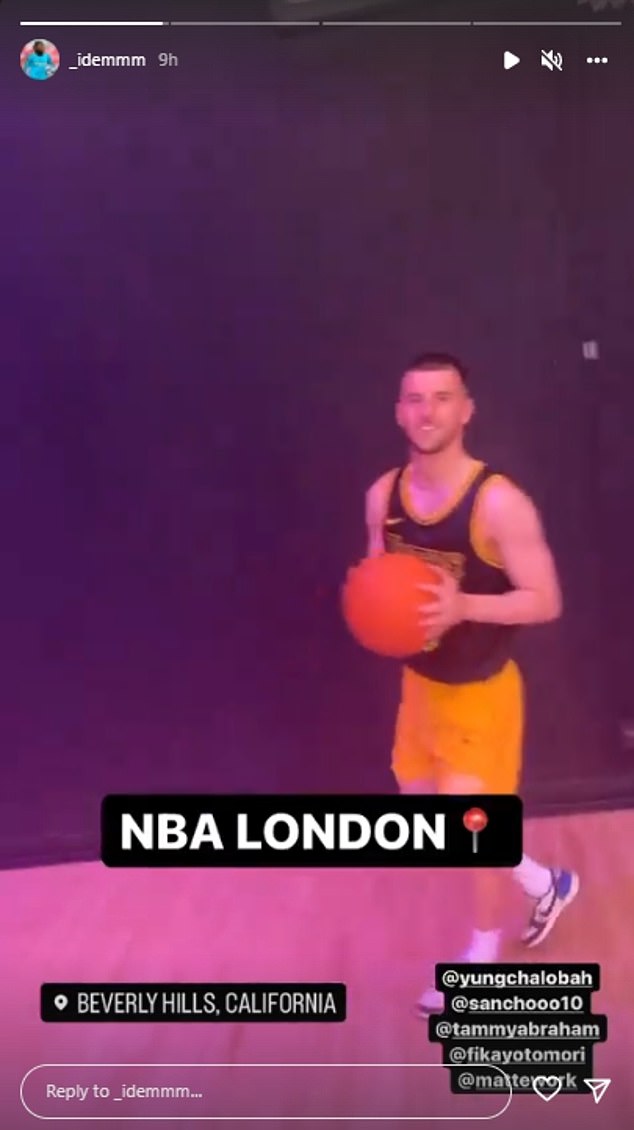 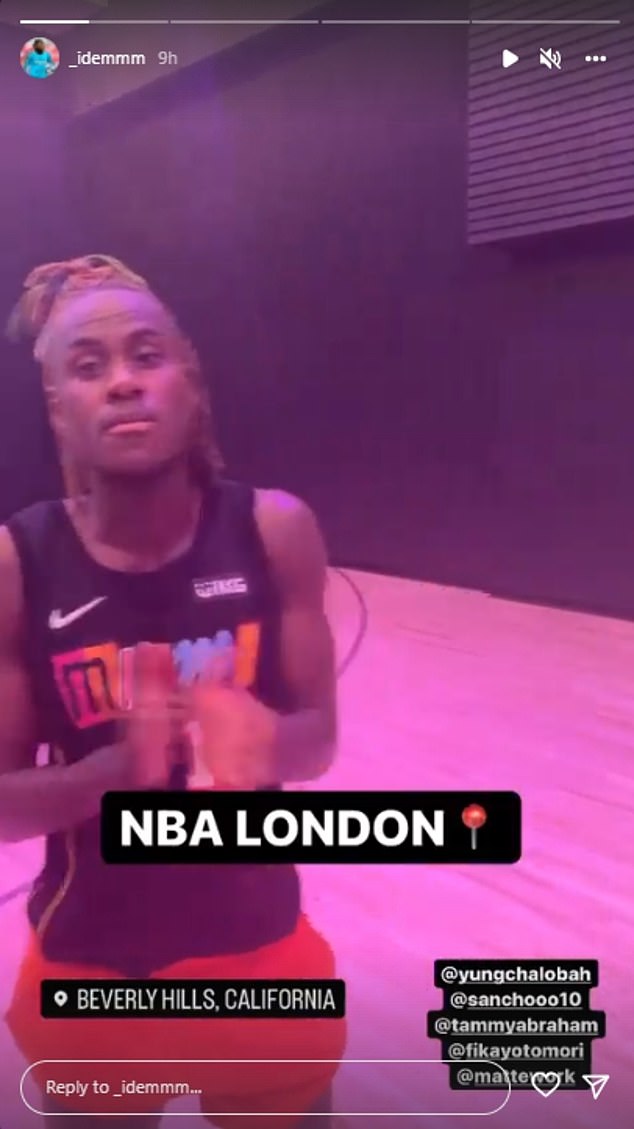 The former Borussia Dortmund winger took a trip to Jamaica at the end of last month following United’s sixth-placed finish in the Premier League.

He then jetted off to the States where he showed his 8.5 million Instagram followers his private jet before attending the Super Jam hip-hop festival in New Jersey.

Sancho is now basking in the Los Angeles sun where he is keeping on top of his fitness before returning to Carrington.

Mount, Abraham and AC Milan defender Tomori jetted off to California to meet up with Sancho after being away on the international break with the Three Lions.

Chalobah has also met up with the England stars after his impressive campaign with Chelsea as he slowly broke his way into the first-team.