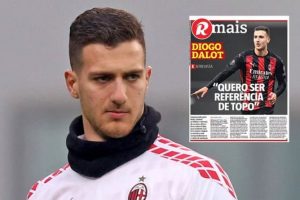 Man Utd: Diogo Dalot says he wants to build his career in defence

Manchester United defender Diogo Dalot is enjoying life with AC Milan, helping the Serie A giants to the top of the table. However, the Portugal international has admitted moving to the San Siro on loan was a ‘bittersweet’ feeling. Ole Gunnar Solskjaer decided to cut the defender loose in the summer, with Dalot behind Aaron Wan-Bissaka in the pecking order at the time.

Dalot has helped Milan climb to the top of the Serie A table, with the fallen Italian giants seeking a first Scudetto since 2011.

And he’s now opened up on his move to Stefano Pioli’s side, claiming it was ‘bittersweet’ because injury prevented him from showing his best form for United.

“Of course, the feeling is a little deeper, more because I didn’t have the time I liked physically,” he told Record.

“I spent great moments at United. I played very important games for me and the team.

“I left with a bit of a bittersweet feeling for not being physically available for all those games I lost due to injury.

“But it is what it is. I wouldn’t change anything because what I learned was very important for my future and how I am now. 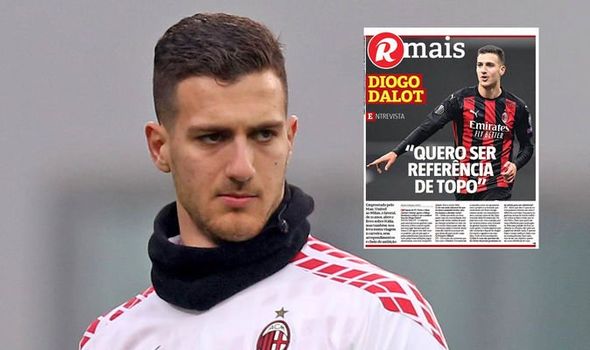 “I don’t regret it or look back with disappointment.”

Dalot admitted he was flattered by how United fans rated him, and also believes the Milan faithful have taken kindly to him as well.

“It is always positive to see the feedback from Milan fans and the affection that United fans have for me,” he said.

“It’s fantastic to feel that.

“But my focus is solely and exclusively on the present. The gift is Milan and helping the club to fulfil its goals and mine. It wouldn’t be professional to be otherwise.” 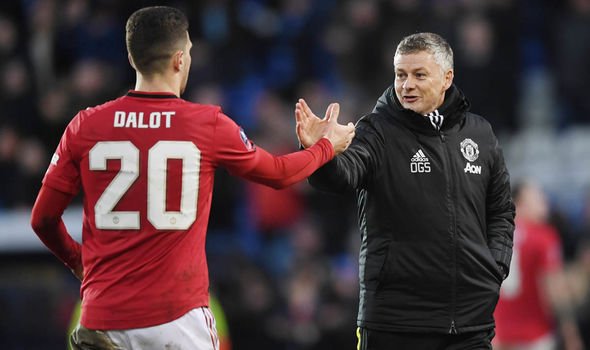 While United loaned Dalot out, and could even welcome him back, that hasn’t stopped Solskjaer’s side from eyeing players in his position.

And so too is Norwich’s Max Aarons, who has helped the Canaries to the top of the Championship table.

“I think they can [challenge for the title],” he said. 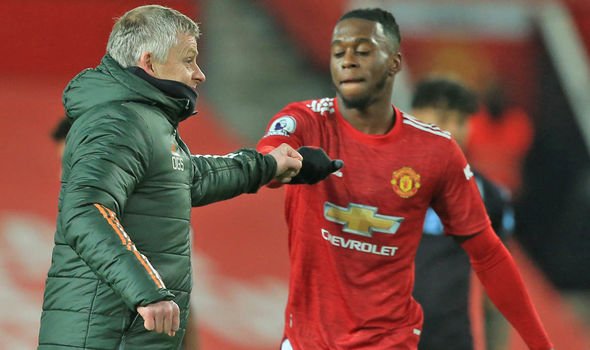 “I think what you’ve got to do when you’re looking at a title race is look at the competition.

“Liverpool are out in front and rightly so, I think they’re the best team in the country.

“But there is no other team that is actually grasping to go and challenge Liverpool.

“Apart from that, Manchester City are just climbing. United are in this title race if they keep to this level of performance.”