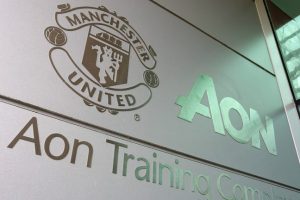 Manchester United have increased security at their Carrington training ground following last week’s incursion by fans protesting against the Glazer family’s ownership amid the club’s involvement in the failed European Super League.

Around 20 protestors, carrying banners, accessed Carrington on Thursday, making their way towards the reception of the training complex and to the first-team training area. Police were called to the training ground.

The group of supporters spoke with manager Ole Gunnar Solskjaer, who was joined by assistant manager Michael Carrick, technical director Darren Fletcher and midfielder Nemanja Matic in addressing the fans, before leaving.

Sky Sports News understands that new measures, described as appropriate but measured, have now been implemented, however Manchester United say they will not comment on security issues.

Images were shared on Twitter showing fans on a training pitch with a banner reading ‘Glazers Out’ and another saying ‘51% MUFC 20’ in reference to the model of club ownership used widely in Germany.

On Saturday thousands of United fans gathered outside Old Trafford in another protest against the Glazers.

A large number of supporters set off flares and hung banners and scarves outside the stadium, with many wearing the green and gold colours synonymous with protests against the Glazers which have occurred since the American family acquired the club back in 2005.

One sign on show read: “Glazers out, Woodward out, after £1bn stolen from MUFC”, while another banner read: “United against greed”.

Another organised fan protest is scheduled to take place immediately before United’s home game with Liverpool on May 2.

Gary Neville has urged government intervention to prevent the ‘Big Six’ repeating what he has described as ‘the attempted murder of English football’ following the failed European Super League breakaway.

Manchester United, Liverpool, Chelsea, Manchester City, Tottenham and Arsenal all signed up to join the league before backing out due to the overwhelming weight of opposition to the plans.

But Neville has warned that a similar breakaway attempt is inevitable and only government legislation will be certain of preventing its success.

“The scary thing is that these people are regrouping back at base,” Neville warned. “They are not going away.

“There has to be legislation passed through government. The government are the only people who can stop this.

“It’s such an interesting system in this country that 20 or 30 years ago we put the power of English football into the hands of the owners of the biggest clubs. That’s what we did but we are going to have to take it off them. And the only people who can do that are government and it has to happen now – more than ever.

“This lot need to be stopped. The ultimate long game is to get the owners out of the clubs. There’s no doubt about that. 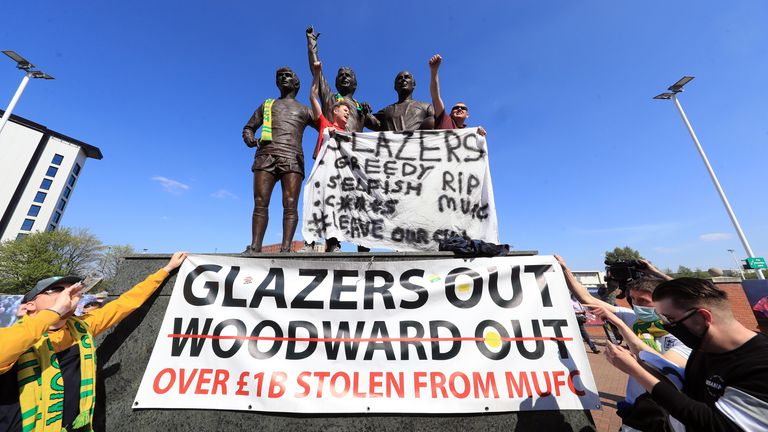 “But in the short-term there has to be some protection put in place to ensure that they can’t go and do what they want with football. Because they want to take it away. They want to maximise their revenue at the expense of football fans and fair and equal competition. That is something that can’t happen.

“Last week, and it was severe language, l called it an attempted murder of English football.

“And ‘sorry’ doesn’t wash. It has gone past sorry because it is twice that they have done it. If you were sorry the first time with ‘Big Picture’ you wouldn’t have brought this back. Real Madrid’s Perez and Laporte at Barcelona, from two of the world biggest clubs, have told us ‘we are coming back’. This lot are not going away, but they need to be stopped.”