Home » Soccer » Manchester United are now mediocre in EVERY respect

Manchester United are now mediocre in EVERY respect

They can’t score, transfer policy is a shambles, too many players are injured, tactics are muddled and the squad is somehow getting WORSE… Manchester United are now mediocre in EVERY respect

David De Gea said it best after another abject afternoon for Manchester United. Asked what is wrong at the moment, he replied: ‘Everything.’

‘I think a lot of things need to improve,’ the goalkeeper added. ‘I don’t know what to say, really. This is probably the worst time, most difficult time, since I’ve been here.

‘I don’t know what is happening. Come on, we cannot score even one goal in two games.’

Two points above the Premier League’s relegation zone, Ole Gunnar Solskjaer has presided over their worst start to a season for 30 years. Sportsmail looks at some key areas for United’s general malaise. 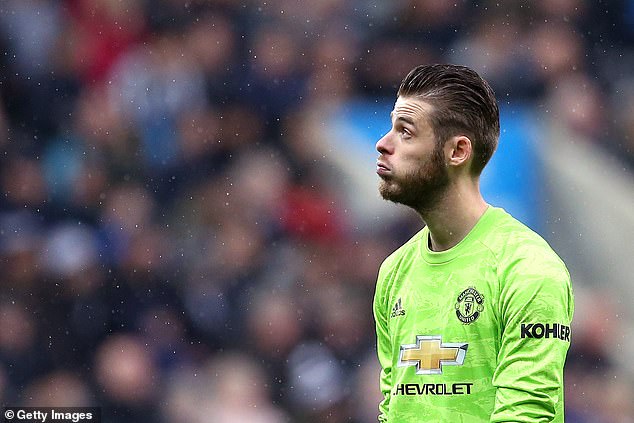 When asked what is wrong at Manchester United just now, David de Gea said ‘everything’

There was no silencing Manchester United’s travelling thousands at St James’ Park as a sustained rendition of ‘we want Glazers out,’ could be heard from way up high in the away end. The message is clear and there is something symbolic about United managing only two goals in the four games since announcing record revenues of £627.1million.

The club’s fall from grace since Sir Alex Ferguson’s retirement is a nuanced subject but ultimately everything stems from the ownership and what supporters will cling on to is last year’s real interest from Saudi Arabian Crown Prince Mohammed Bin Salman. There must be credible buyers with financial clout lurking. 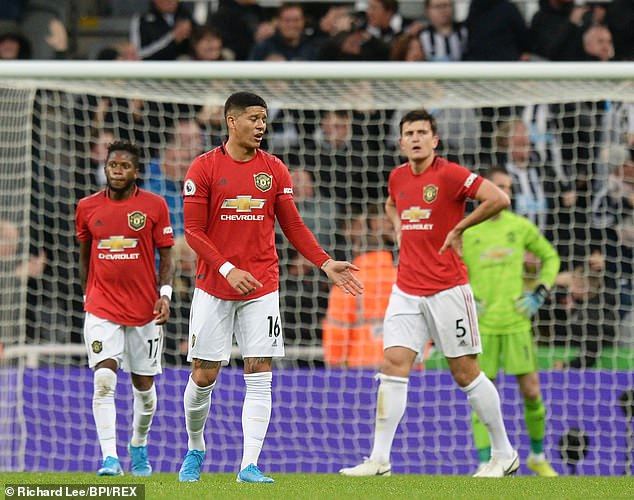 Above all, that the Glazers do not speak publicly – particularly in the midst of disastrous spells on the pitch – drives a further wedge between themselves and the fans.

There has lacked serious urgency when replacing long-standing members of staff in key positions, proof of the club’s meandering nature.

Structurally, United are all over the place. Anyone in football will tell you the place is generally ‘a mess,’ with a bloated staff and confused chain of command.

Ed Woodward’s position must surely – finally – be under some sort of threat after years of almost exclusively misguided spending. He is the man who heads up transfer dealings, a role he wants to continue in moving forward.

The search for a technical director – a position held at almost every other Premier League club – appears to have come to a dead end. It has been suggested some figures keen on taking that job have been put off by Woodward’s continued influence.

Others who have gone in for discussions over recruitment roles ended up walking away after peaking behind the curtain, with the scouting department claimed to be in particular disarray. 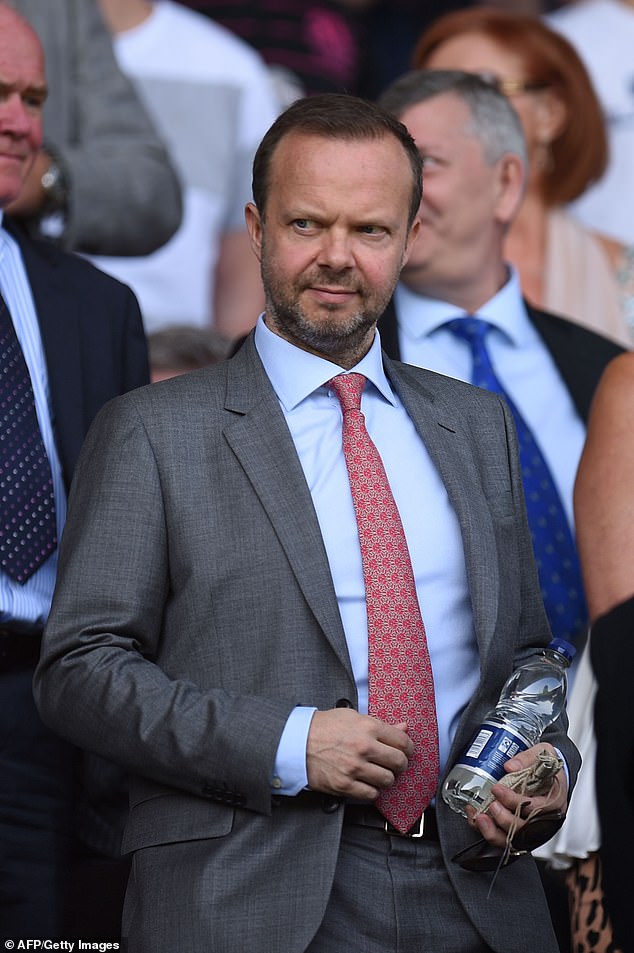 Perhaps this is a fault of his own, but Jose Mourinho is understood to have only known the names of three United scouts. At the time, they employed up to 60 worldwide. Mourinho could not understand why the operation was not more streamlined with joined-up thinking.

But perhaps he was on the money, because United’s recent signings are an absolute mishmash. Two examples spring to mind.

First of all, Alexis Sanchez was a Mourinho signing and nobody of repute behind the scenes vetoed that on the grounds of finance or his lacklustre final months at Arsenal. They would, however veto the signing of a much-needed centre half months later.

Then there is Fred. Manchester City backed well away when they realised the millions required to land him from Shakhtar Donetsk. Not United, who paid £52m. Of course, it could never be definitively proven that they were so desperate to land Fred as a result of City’s initial interest. 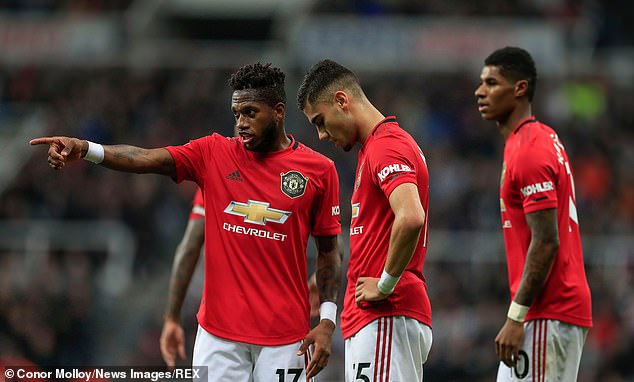 There are concerns that the high-intensity training in the heat of United’s summer tour in Australia, Singapore and China might have contributed to a spate of muscle injuries this season.

Solskjaer subjected his players to a 50 per cent increase in gruelling fitness work to that of his predecessor, something the players were said to be on board with.

‘I can still remember (under Ferguson) when I wasn’t able to walk down the stairs, you had to walk backwards,’ Solskjaer said in July. ‘I don’t think we’ve had them there yet.’ 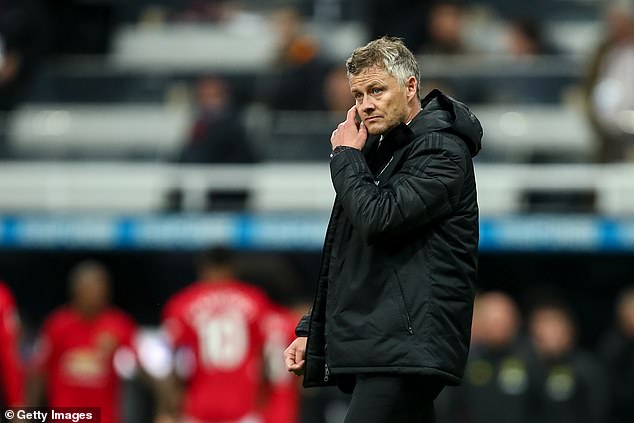 Sportsmail revealed last month that the club’s sports science department are perturbed by the amount of non-contact injuries so far. The United manager bemoaned missing six first-teamers on Sunday.

A greater emphasis has been placed on nutrition, with players following personal plans at home, and the amount of daily supplements they take has increased.

Solskjaer’s training methods have in part been based on self-improvement and there is an increase in individual training plans for players. The squad are understood to have taken to them – but performances have not improved and in some cases, actually dipped.

The most baffling decision of the season so far came away at AZ Alkmaar last Thursday. Solskjaer started his only fit striker, Mason Greenwood, on the wing. Daniel James played through the middle. It did not work.

That is symptomatic of muddled thinking and while problems run far deeper than Solskjaer’s management, the Norwegian has to shoulder some of the blame for this start. United are slow and ponderous on the ball and do not create a sufficient amount of chances. 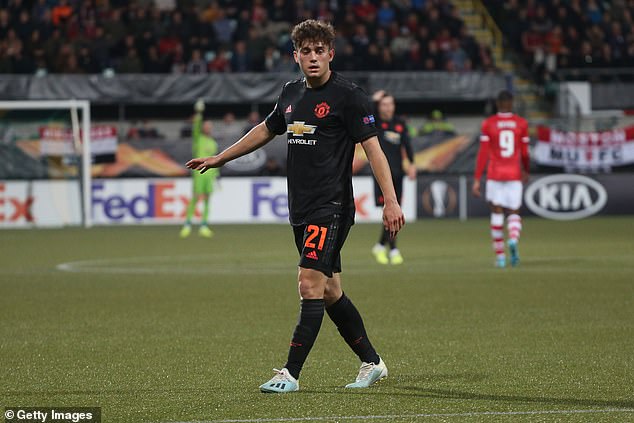 Some tacitical decisions have been questionable, such as Dan James playing up top in Holland

It is certainly noteworthy that Solskjaer has altered his rhetoric over the last week or so. Before it was about not being able to finish off opportunities, now it is that they lack a final ball. The statistics never really backed up his argument that United were doing enough to win games; they might have been recording upwards of 20 shots in a game, but many were from distance and did not trouble goalkeepers.

As managers are perfectly entitled, Solskjaer has shielded his players, but he can no longer mask the obvious deficiencies in almost every area of what has been described as their worst squad in Premier League history.