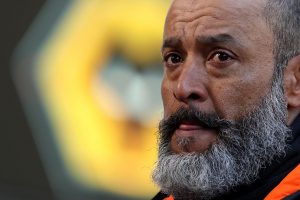 This summer's managerial merry-go-round in the Premier League is already in full swing, with a number of clubs eyeing up new bosses ahead of the 2020/21 campaign.

Tottenham have been on the hunt for a new head coach ever since Jose Mourinho was handed his P45 back in April, while Everton must now find a replacement for Carlo Ancelotti following his return to Real Madrid this week.

The Toffees are seemingly going head to head with Crystal Palace for the best coaches available, as Roy Hodgson's departure upon the expiry of his contract has also left the Eagles manager-less.

Wolves, too, are set for change this summer after Nuno Espirito Santo called time on his four-year stay at Molineux.

It will be fascinating to see how the merry-go-round plays out, and Daily Star Sport are on hand with all the latest developments for each club on board.

Spurs appear to have set their sights on bringing Antonio Conte back to England, as Sky Italy are reporting that the former Chelsea boss is in advanced talks about becoming their next manager.

Mauricio Pochettino had emerged as a shock contender to return to the north London club this summer, but Conte now looks to be in the driving seat to replace Mourinho.

It is also believed that Fabio Paratici, who worked with Conte at Juventus, has received an offer to join Spurs as a director of football.

Sky Sports claim the Toffees are set to open talks with recently-departed Wolves boss Espirito Santo, who has also been attracting attention from Palace since leaving Molineux.

West Ham manager David Moyes is also understood to be a target for Everton chiefs, but Espirito Santo is the leading candidate to take the reins.

Majority shareholder Farhad Moshiri has reportedly been impressed by Wolves' success in recent years under the Portuguese.

Espirito Santo opting for Goodison Park would come as a major blow for Palace, who seemed in pole position to appoint the 47-year-old this summer.

Should their top target head to Merseyside instead of South East London, the Eagles could turn their attention to former Bournemouth boss Eddie Howe.

Ex-Chelsea head coach Frank Lampard has also been linked with the job, while Swansea's Steve Cooper has emerged as a potential option.

Wolves' situation is much clearer than their Premier League rivals, as another highly-rated Portuguese coach is poised to replace Espirito Santo in the hot seat.

Reports suggest former Benfica boss Bruno Lage, 45, is on the verge of taking the Molineux reins, having been recommended to Wolves owners Fosun by super-agent Jorge Mendes.

Lage, who has developed a good reputation for working with younger players, was named the Primeira Liga's best coach in 2018/19 after guiding Benfica to the title with a 94 per cent win percentage.

READ MORE:Daniel Levy 'confident' over return of Mauricio Pochettino who has unfinished business