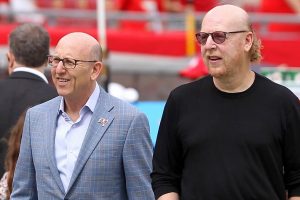 Manchester United's potential new owners have been told how much it will cost to buy them – and it is a record.

The Red Devils confirmed on Tuesday night that the club is now up for sale as part of a "process to explore strategic alternatives to enhance the club's growth". Prospective owners will now be queuing up to launch a takeover bid and purchase the club from the controversial American owners, the Glazer family.

Having caved in to the fans who have protested against them, the Glazers have also named the price it will take to buy United from them.

It is understood that their asking price has been set at £6billion, which if met would make United the most expensive sports team in history.

The sale of Chelsea to Todd Boehly's consortium from Roman Abramovich back in May is understood to be the current record holder. Overall, the sale is believed to be worth £4.25billion, including an up-front share purchase valued at £2.5billion.

If the Glazers do receive £6billion as part of the sale, then United would also become the most valuable sports team in the world.

Who should be the next owners of Manchester United? Let us know in the comments section below.

According to Forbes' rankings, the Dallas Cowboys NFL franchise are currently the most valuable team across all sports with a valuation of £5.82million. United are ranked 12th at present, with a value just under £3.5billion.

As part of United's announcement that the club is up for sale, Joel and Avram Glazer explained: “The strength of Manchester United rests on the passion and loyalty of our global community of 1.1 billion fans and followers.

"As we seek to continue building on the Club’s history of success, the Board has authorized a thorough evaluation of strategic alternatives.

"We will evaluate all options to ensure that we best serve our fans and that Manchester United maximizes the significant growth opportunities available to the Club today and in the future.

"Throughout this process we will remain fully focused on serving the best interests of our fans, shareholders, and various stakeholders.”