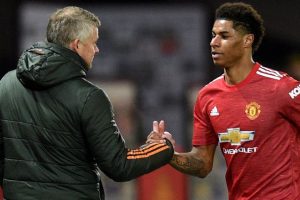 Eric Bailly and Marcos Rashford in contention; Anthony Martial out; Winner will face Villarreal or Arsenal in the final; follow Man Utd vs Roma via our dedicated live blog on Sky Sports website and app on Thursday; kick-off at 8pm 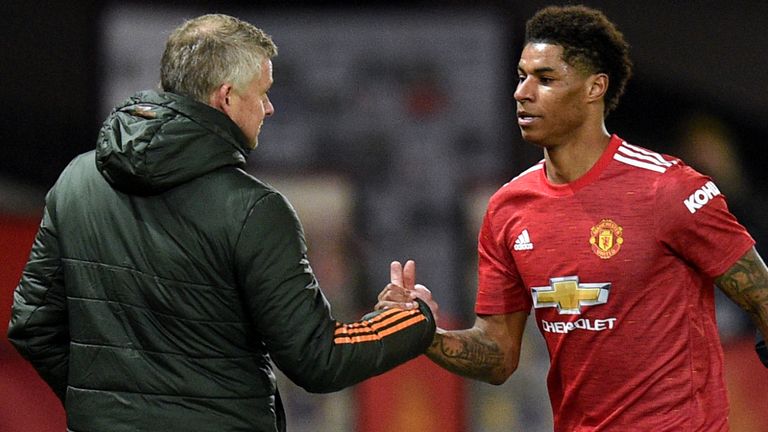 Eric Bailly and Marcus Rashford are in contention to feature for Man Utd in their home tie against Roma. Striker Rashford has been carrying a foot problem, but is available for Thursday’s game.

“We have managed Marcus and we have had to do it for quite a while,” Ole Gunnar Solskjaer said. “I feel he’s gone through the worst now. He’s available for selection tomorrow, he’s happy with the progress.”

Anthony Martial and Phil Jones are still ruled out through injury, while Solskjaer remained tight-lipped on who would start in goal – Dean Henderson or David de Gea.

Former Man Utd defender Chris Smalling has been out for Roma recently with a thigh injury, but is expected to be available for his return to Old Trafford.

However, Pedro will be sidelined through injury, while Riccardo Calafiori and Nicolo Zaniolo have also not travelled to Manchester. Gianluca Mancini will also miss out through suspension.

Pitch to Post Review podcast: Make or break few months for Spurs | Could Pep be the greatest ever?

PART 1 – Man City beat Spurs in Carabao Cup final | Will Pep Guardiola become the greatest manager ever? | Who should be Spurs’ next manager? | Will Harry Kane stay?