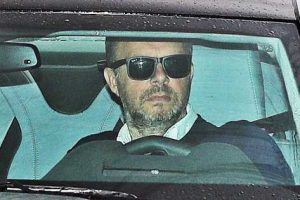 Manchester United have reportedly triggered a clause placing Inter Milan in €50million of debt to them over their move for Romelu Lukaku.

The Serie A club splashed the cash when they agreed a deal worth a reported fee of €80m to sign Lukaku from the Red Devils in 2019.

But Corriere dello Sport have now claimed that the deal included a clause that meant if Inter failed to meet any deadlines for set payments, they would immediately become a ‘debtor of United’ for the full remaining amount.

They now allege that a deadline has been missed for a payment related to bonuses with the Italian club facing financial issues after the coronavirus pandemic.

As a result, the agreed clause has been triggered creating a €50m (£43m) debt from Inter towards Manchester United.

That debt is important due to UEFA licences, and the fact they are only issued to clubs up to date with payments as of March 31.

It is also claimed Inter have delayed part of a payment to Real Madrid for Achraf Hakimi, negotiating an extension until the end of this month.

Having triggered their clause with Inter Milan, Manchester United are said to be exercising pressure on the Italian club.

This includes pushing for Milan Skriniar or Lautaro Martinez to potentially be sent to Old Trafford to clear the debt with both players admired by Ole Gunnar Solskjaer.

Whilst the pair have higher values than the money owed for the Lukaku deal, it is claimed United are willing to pay an additional fee for either player and are also in a strong position to negotiate given the debts.

It is alleged that communication between the two clubs in recent days saw the surprise proposal mentioned as a solution and more clarity is expected on the situation as it develops.