Erling Braut Haaland may have played his final ever match for Red Bull Salzburg as a January move to Manchester United looks on the cards. Reports suggest Ole Gunnar Solskjaer flew to Austria last week to meet with the highly-rated youngster.

And the Mirror claim Haaland has told the United boss he would like to move to Old Trafford when the transfer window reopens next month.

The 19-year-old missed Salzburg’s game against Hartberg on Saturday ahead of Austria’s two-month winter break.

That means he could have played his final match for the club if a big-money move materialises next month.

Haaland is managed by super-agent Mino Raiola – who also advises Paul Pogba – meaning a host of top clubs will also be touted with signing the striker, including Juventus. 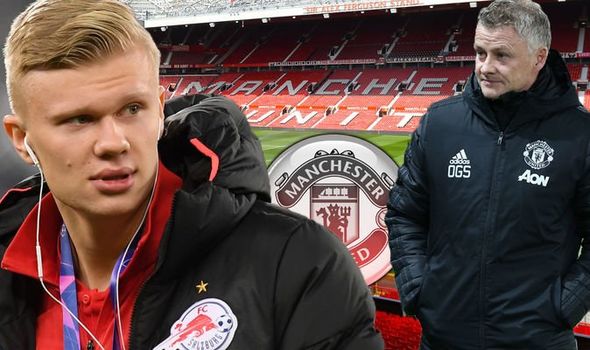 But his mind is now made up and he wants to join Solskjaer at United, according to the Mirror.

Haaland has turned heads all across Europe by netting 28 goals in 22 appearances this term.

The youngster’s father, Alf-Inge, is a former defender for Nottingham Forest, Leeds and Manchester City.

And his son could now be set for a blockbuster move with Salzburg boss Jesse Marsch resigned to his star striker leaving sooner rather than later.

“This club is a wonderful place for young players to develop,” Marsch recently told CNN.

“It’s a quiet town, it’s also a league where players can make mistakes but still thrive and be successful before they take the next big step into bigger leagues and bigger clubs where everything gets put under the microscope at every minute.

“For Erling right now, in his development path, him and his father made a really good decision to come here in the first place.

“And we’re hopeful that Erling finishes the year here and that he can continue to grow and become a bigger and better man so that when it’s time for him to take the next step he’s fully, fully ready. 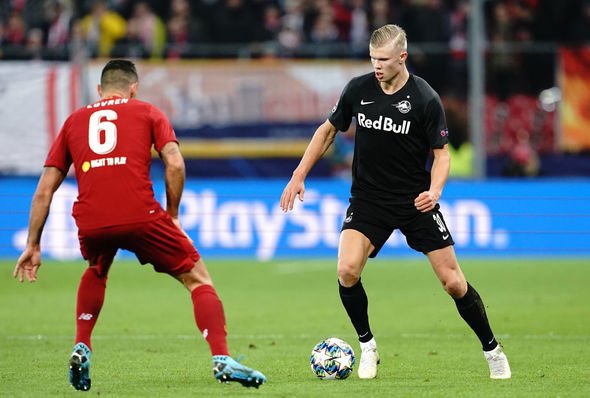 “Our sporting director Christoph Freund and his father have a really good relationship.

“We’ve all been very open with each other in terms of a) protecting Erling from the media b) the fact that there are obvious next steps out there for him.

“Then c) what we think is best for him and us as a club and how to move forward as a club.

“And then the last d) is that we continue to just focus on Erling enjoying himself and enjoying his football so that he doesn’t get side-tracked in any way and gives himself the best chance to be the best person and footballer he can be.”

Alfe-Inge has also revealed his son has dreams of playing in the Premier League.

“At one stage he would like to play in the Premier League, but when that will happen, I don’t know. It is a very tough league,” he said last month.

“Up to now he is ahead of the stage we thought he would be at. He is built for the Premier League, but whether that will happen now or at a later stage, we don’t know.”