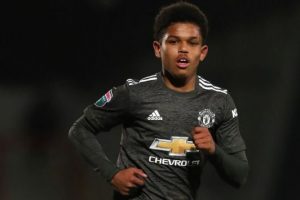 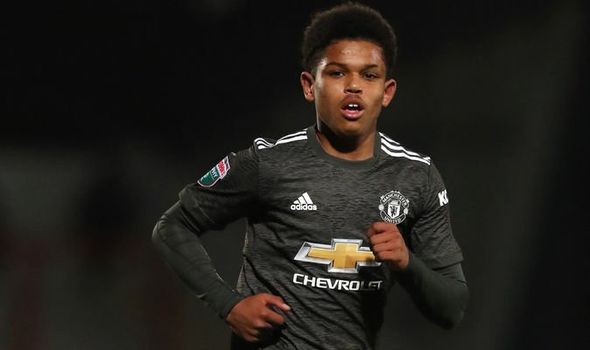 Manchester United have hinted that Shola Shoretire could make his debut for the club in the Europa League this week after adding the teenager to their European squad. United travel to Turin to take Real Sociedad on Thursday for the first leg of their last 32 clash with the La Liga side.

Ole Gunnar Solskjaer’s side drop into the tournament from the Champions League after finishing third in their group, with Paris Saint-Germain and RB Leipzig instead progressing.

United made the semi-finals of the Europa League last term but still have other avenues of silverware this season in the FA Cup and potentially the Premier League, with Solskjaer vowing that his side will not allow leaders Manchester City to run away with the title, though their hopes of a 21st title appear increasingly slim.

The Red Devils boss is therefore expected to use Thursday’s tie to rest some of his most important figures and hand minutes to fringe players and to youngsters.

Solskjaer said: “You have to freshen things up when you play Thursday and then Sunday and it’s impossible in today’s circumstances to play the same 11 every game.

“You could only do that if you were playing once a week. We will make decisions but there will be chances in Europe for other players and if it takes us the whole way, brilliant. 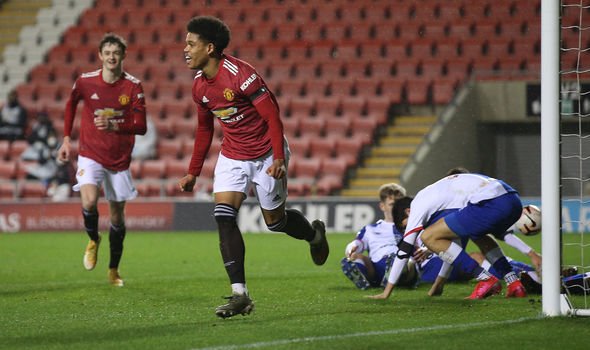 “If not then let’s look at it then because we have two legs, two bites at the cherry.”

And as the Norwegian considers his options for the first of two clashes with Sociedad, Shoretire has been added to their squad for the competition.

The teenage attacker has been training with the first team of late having been in brilliant form for Neil Wood’s under-23s.

Shoretire recently signed his first professional contract at Old Trafford this month and has four goals and an assist in his last two matches at youth level.

He scored again last Friday while playing on the right wing in a 3-0 Premier League 2 defeat of Arsenal which moves United four points off of table-topping City.

The 17-year-old has been included in an initial 27-man group for the Sociedad game, of which Solskjaer can name 23 in the match-day squad.

The Norwegian is able to name a 12-man substitutes’ bench and European competitions allow teams to make five subs in a match.

The late nature of Shoretire’s inclusion in the squad, after United added January newcomer Amad and Phil Jones into the squad at the start of February, indicates he could get some minutes off the bench in Italy.

Solskjaer said of the player earlier this month: “We’ve moved Shola up with us [into first-team training]. Hannibal [Mejbri] will probably join us and and we’ll keep them with us for a while.

“I think it’s the next step in their development. We’ve just got to take the hit on them that when they play for the reserves they have to travel by themselves. 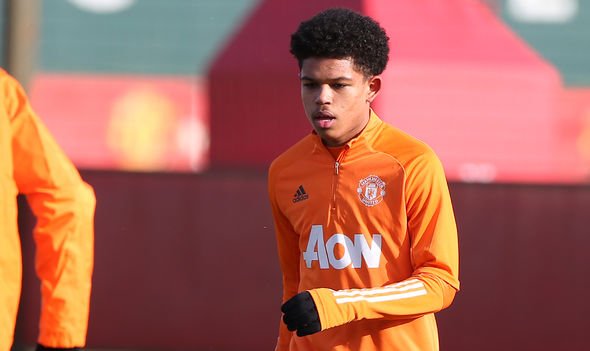 “They’ve moved into our bubble. I think it’s a nice step for them; well deserved because they’ve done really well.”

Brandon Williams, Mason Greenwood and Shoretire do not count as part of the main group as they are on the club’s ‘B list’.

To quality for the ‘B list’ a player must be born after January 1 1999 and has to have been been eligible to play for the club for any uninterrupted period of two years since his 15th birthday. 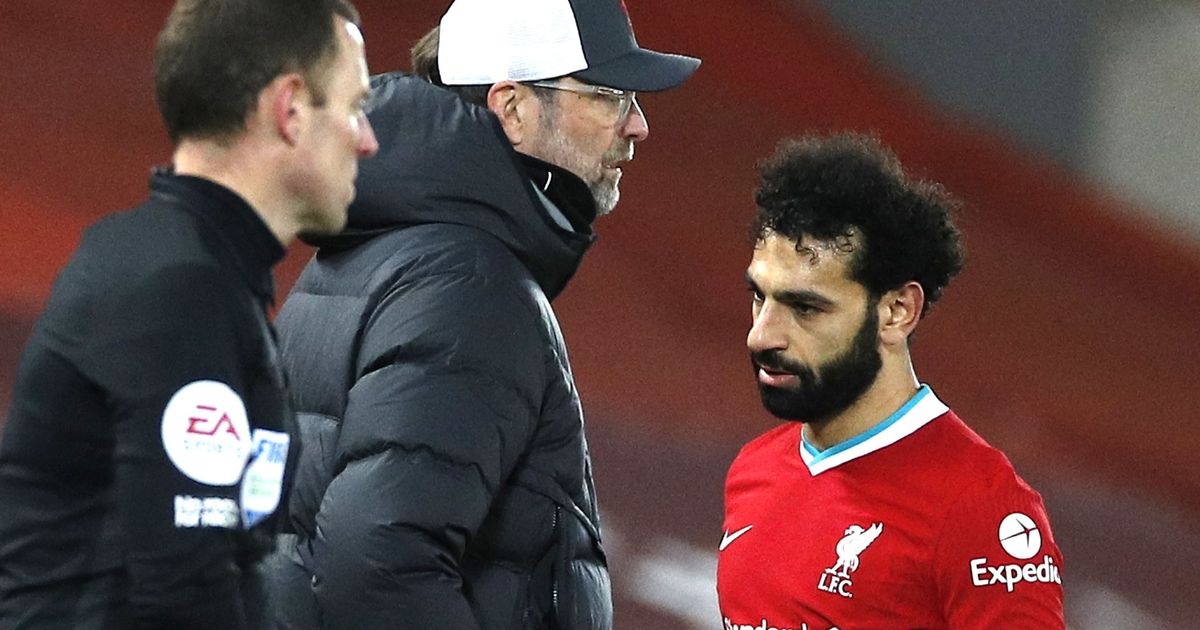 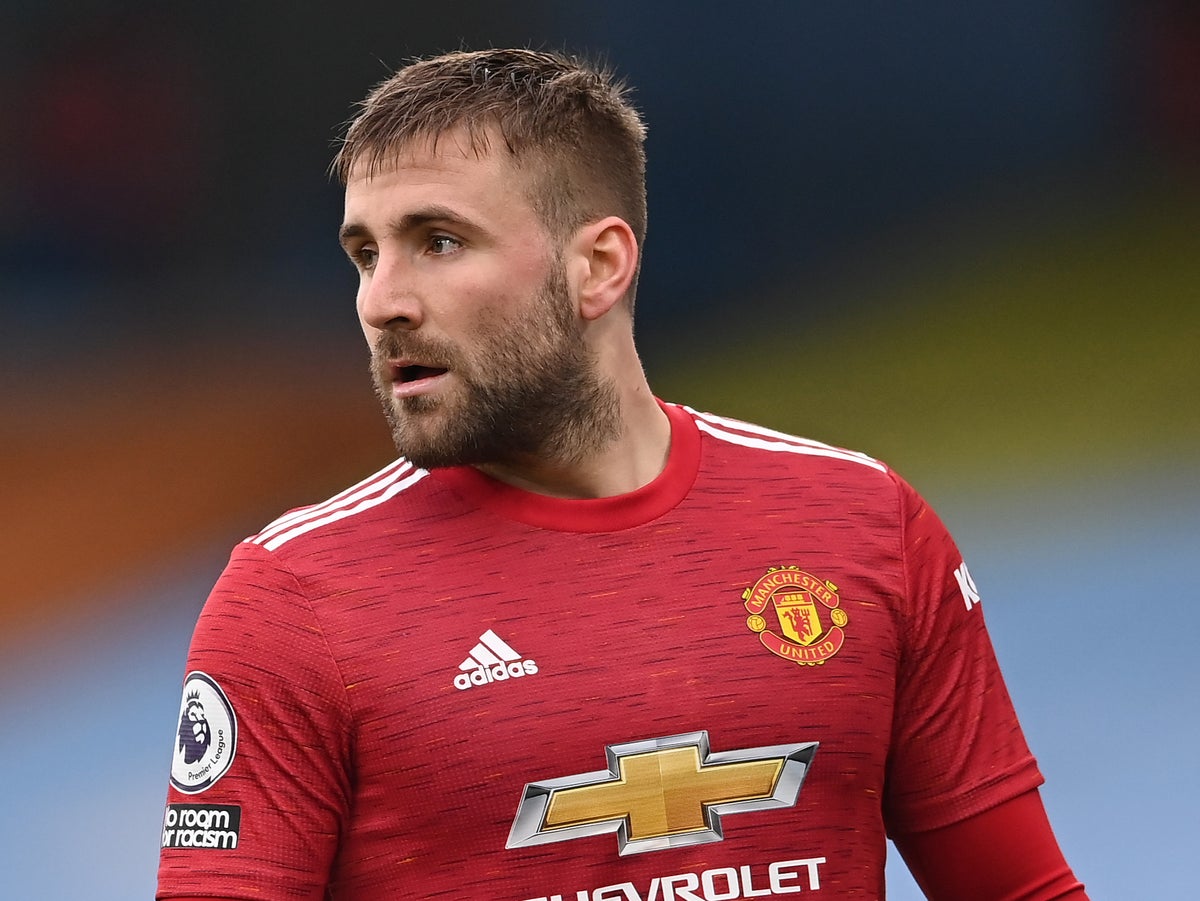