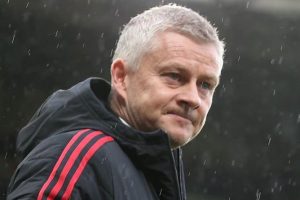 In the week, it leaked that Manchester United boss Ole Gunnar Solskjaer was seriously considering starting Donny van de Beek against Watford. The Netherlands international has barely played for the club since moving from Ajax back in the summer transfer window of 2020, with just four Premier League starts to his name. And Solskjaer’s sudden interest in his selection suggests the 48-year-old really is beginning to panic as he looks to turn the situation at Old Trafford around.

It wasn’t meant to be like this for United this season.

When they gave Solskjaer a new three-year contract, it was because the Glazers and Ed Woodward felt he had made progress in the years since replacing Jose Mourinho.

So happy were United with the 48-year-old, they decided to splash the cash on several big names. Jadon Sancho, Raphael Varane and Cristiano Ronaldo were all signed to excite supporters and convince many the glory days could be round the corner again.

But here we are, 11 Premier League matches in, and Solskjaer’s job is now very much on the line.

The 48-year-old’s team have lost six of their last 12 matches across all competitions, including chastening defeats to Leicester, Liverpool and Manchester City.

It isn’t good enough. The Red Devils, after two-and-a-half years of improvement, are now starting to unravel.

There have certainly been signs of desperation from Solskjaer in recent weeks, particularly his decision to play with a back three formation in matches against Tottenham, Atalanta and City.

That call had mixed results, with United winning, drawing and losing against those opponents.

And, now, it seems Solskjaer is about to roll the dice again as he looks to keep his job at Old Trafford.

The Athletic revealed in the week that the Norwegian and his coaching staff were considering whether to start Van de Beek against Watford this weekend.

The Netherlands international has been working extremely hard to force his way into his manager’s plans, especially in the gym.

And, now, Van de Beek’s patience looks like it will be rewarded with a first Premier League start of the campaign.

For the 24-year-old, it will be a relief. He’s grown bitterly disappointed at being on the fringes of the action, with his temper boiling over in the Champions League win over Villarreal in September.

But, for Solskjaer, it’s a move that smacks of panic.

Over the past 18 months, the Norwegian has flatly refused to throw Van de Beek into the mix – only picking him when forced.

And by turning to the Netherlands international now, it’s a sign he’s running out of answers.

United could have done with Van de Beek starting in recent matches, especially with Bruno Fernandes, Fred and Scott McTominay all so flat.

There was also a sense he could benefit when Paul Pogba picked up a suspension, and later an injury.

But, to this point, Van de Beek has been left out in the cold.

It’s been a theme that has confused the United dressing room, with many shocked by the absences of the midfielder and Jesse Lingard.

And with the former Ajax midfielder poised to start today, it’ll be interesting to see whether he takes his chance.

Van de Beek has been linked with a move away from Old Trafford amid his issues, with several clubs emerging as potential suitors.

Everton were interested in loaning the playmaker during the summer transfer window.

And while a move to Goodison Park failed to materialise, Rafa Benitez’s side could reignite their interest due to their own erratic form.

Barcelona have been linked, even if their financial situation makes a transfer difficult.

So too have Real Madrid, with the La Liga giants previously courting Van de Beek prior to his move to United.

And Wolves were mooted as possible suitors earlier in the season, though links have gone cold over the past few weeks.

There’s even been talk of a return to Ajax for Van de Beek, who previously sparkled in Amsterdam.

And it’s now D-Day for the 24-year-old – especially with United badly needing all three points.