Manchester United stars Bruno Fernandes and Paul Pogba trained together on Monday afternoon, leaving fans in meltdown. Premier League action has been suspended due to the coronavirus pandemic. Players are now back in non-contact training, with clubs splitting up squads to apply social distancing rules.

United have split their squad in half, with coaches then taking a group of around five players in a smaller session.

Stars are also arriving in their own kit and showering at home to prevent the spread of coronavirus.

Both Fernandes and Pogba, who are yet to feature at Old Trafford together, were in United’s afternoon session on Bank Holiday Monday.

Pogba has been sidelined since Boxing Day after undergoing ankle surgery, with the Frenchman watching Fernandes shine under Ole Gunnar Solskjaer since joining from Sporting Lisbon in January. 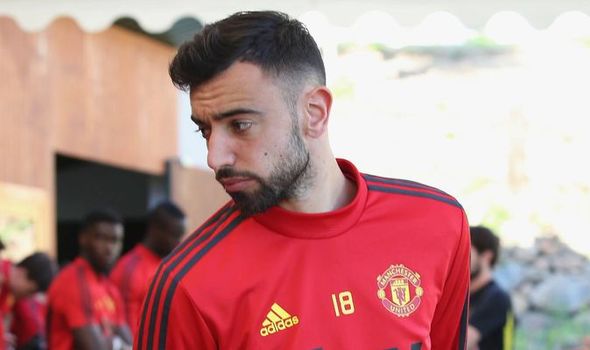 United ace Pogba will be fully fit when Premier League action returns after the coronavirus break.

And fans are excited about the pair playing together after discovering they took part in the same training session.

One United fan wrote on Twitter: “Cant wait to see them both play together at #MUFC.”

Another said: “Now get ’em on the pitch together.” 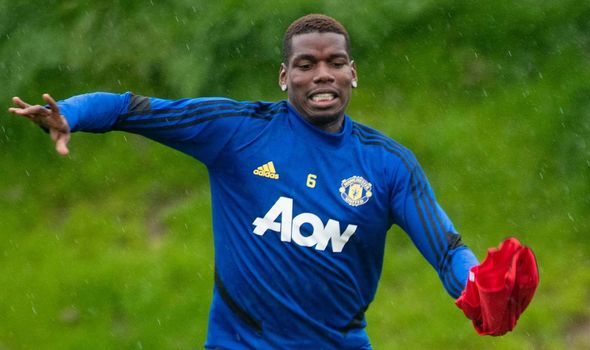 Another agreed: “Been waiting to hear this for so long. Can’t wait to see them play together.”

“Love to see it,” one fan simply put.

Another United fan wrote on Twitter: “Going to be a crazy midfield tbf.”

He said: “Good players can always play together, so definitely, they can – it’s a big yes.

“I think it’s exciting… we do have an exciting squad. I’ve got Scott (McTominay), Fred, Nemanja (Matic).There’s many games coming up and I’m sure we can find a good connection between them. We’ve been discussing that as a coaching team of course, and we’re looking forward to it.

“Of course Bruno coming in, making the impact he made, it was a boost for everyone, the club, supporters and players. Getting Paul and Marcus Rashford back would be fantastic.

“Paul has had a difficult season with injuries, and Marcus as well is getting back. So for us, and for them too, this gives them a chance to start on a par or even ahead of other players.”