Manchester United have changed Mason Greenwood’s shirt number for the upcoming season and their top target Jadon Sancho would have played a small part in their decision. The teenager enjoyed a stellar breakthrough season at Old Trafford, netting 17 times in all competitions for the Red Devils.

His efforts have been rewarded by Ole Gunnar Solskjaer, who has decided to change his No 26 shirt from last season to the No 11.

It’s a gesture that confirms Solskjaer has big plans for Greenwood, who is viewed as the future of United’s attack.

The number was vacated by Antony Martial, after he reclaimed his former No 9 shirt from Romelu Lukaku.

The Frenchman wore the number following his arrival from AS Monaco before he was stripped of the shirt by Jose Mourinho and Zlatan Ibrahimovic. 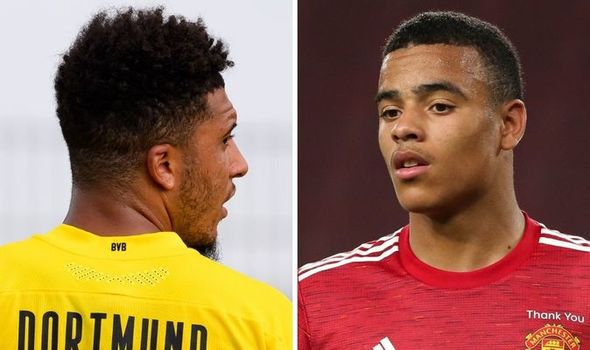 Many were in fact expecting Greenwood to take United’s prestigious No 7.

He was spotted wearing the number during a training game earlier this summer.

United’s No 7 is among the most legendary in world football.

However, it appeared to be cursed for Alexis Sanchez, who scored just three Premier League goals during his miserable 18-month spell at the club.

Greenwood was not handed the shirt though and it remains free, ready for the potential arrival of Jadon Sancho.

The Red Devils remain in talks with Dortmund over a potential deal and there is still hope of an agreement.

Dortmund want £107million for their star man and if they don’t receive that, he will stay for another season in the Bundesliga.

Sancho wants the move but may have to hand in a transfer request to get his wish.

David Brooks and Douglas Costa are among the potential alternatives under consideration but they are unlikely to be given the honour of wearing the No 7.

It appears to be Sancho’s destiny but whether United is a whole different matter. 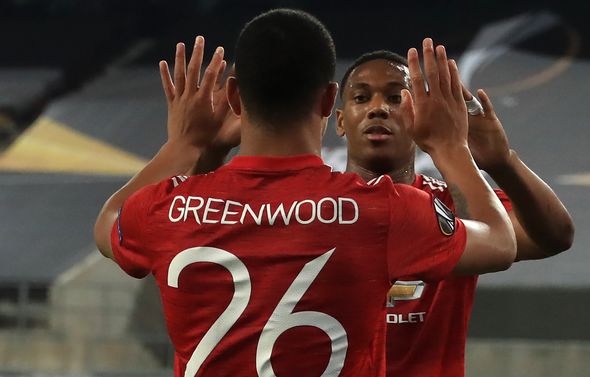 “You can sign a player in the same position without disrespecting that player, if he’s got the right attitude,” Neville told Webby & O’Neill.

“For me, the idea that we get a right-winger in doesn’t mean we’re going to see Mason Greenwood sat in the stands.”

Neville thknows better than anyone that the key to any successful side is healthy competition, something Sir Alex Ferguson embedded into United’s DNA in his 26 years at the helm.

“It’s about having a squad that’s capable of winning the Premier League and the Champions League,” Neville added.

“Yes you can’t have too much disruption with their personalities, but you still need competitiveness and competition for places.”